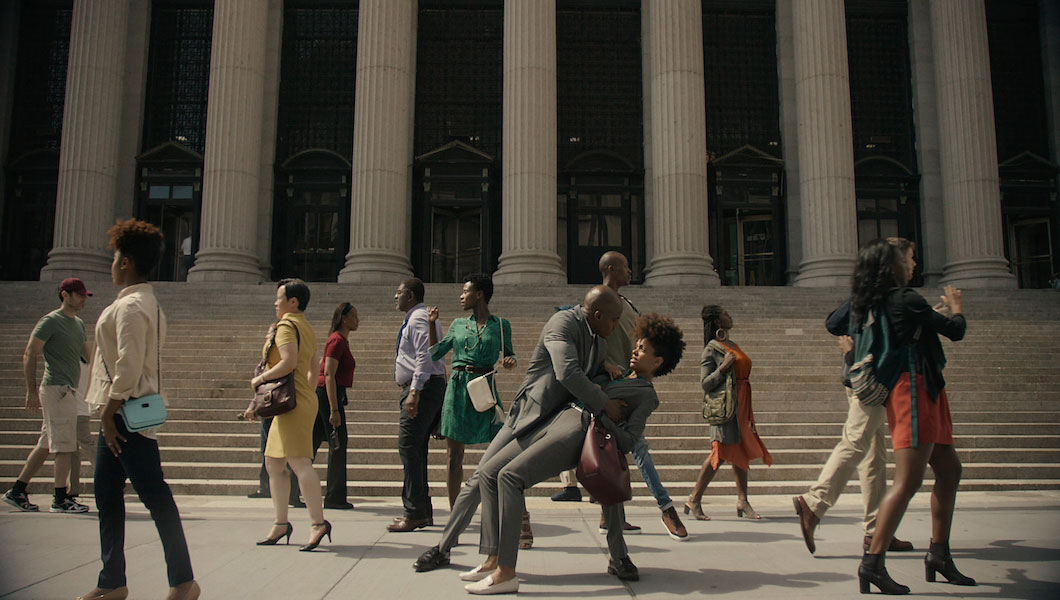 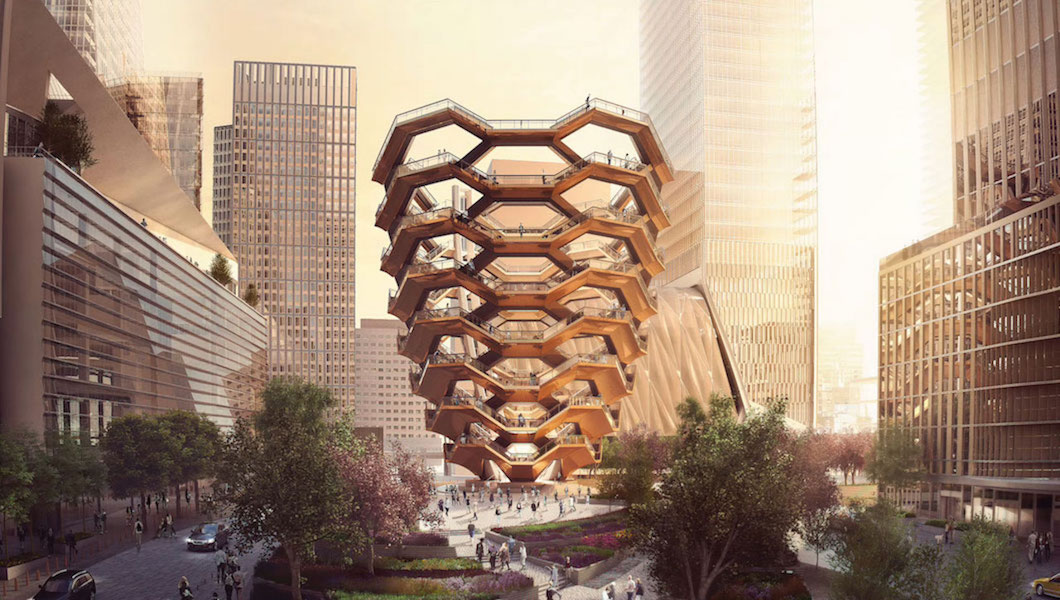 While New York will have to wait until mid-2017 to witness the finished Vessel, Alvin Ailey American Dance Theater contributed a celebratory dance ensemble to unveil the design of the new Public Square and Garden at Hudson Yards.

The dance sequence Rising was choreographed by Alvin Ailey’s Rehearsal Director and Guest Artist Matthew Rushing, incorporating three sections illustrating everyday living in a city to the joy of what the future of the Vessel will bring to commuters. 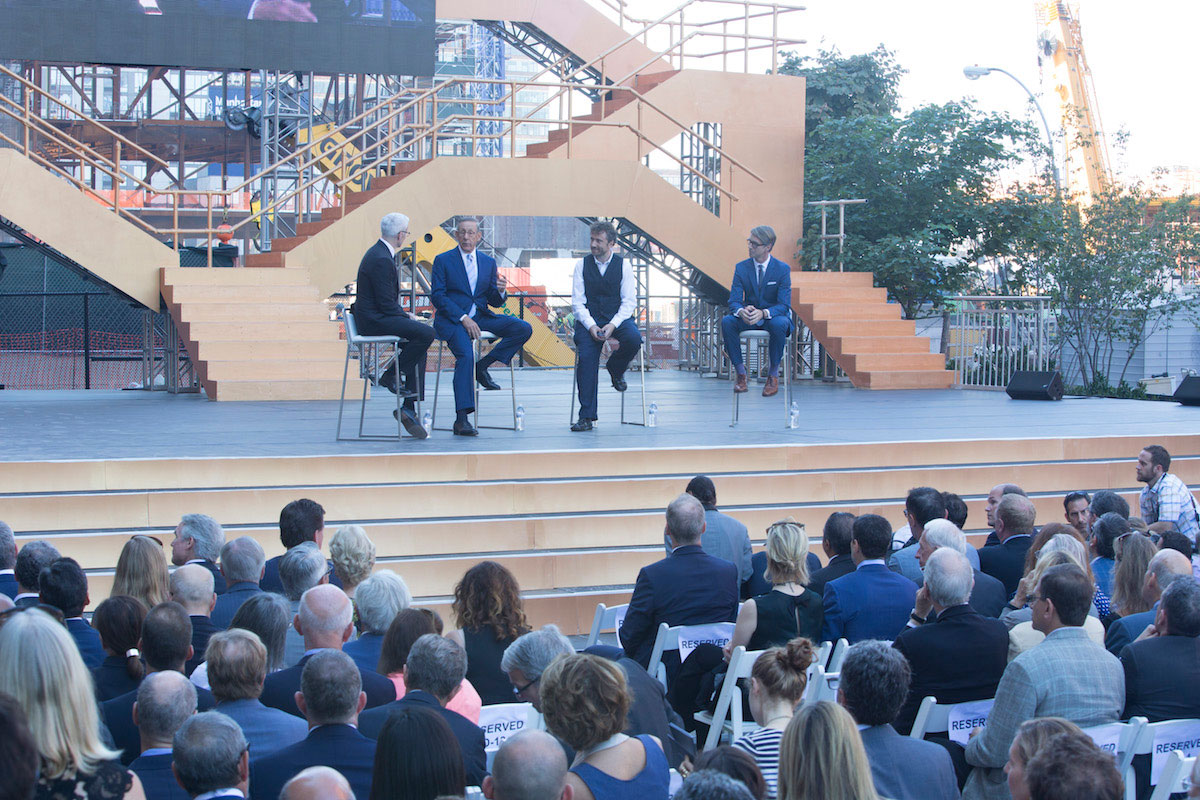 A press conference was held this week on site of the Hudson Yards project featuring a live performance from Alvin Ailey Dance directly after premiering the film directed by The Mill’s Tom Basis and Adam Carboni. Mayor Bill de Blasio joined by Chairman and Founder of Related Companies Stephen M. Ross, renowned designer Thomas Heatherwick, and landscape architect Thomas Woltz were in attendance to unveil the future plans for Vessel; pubic landmark and new public space on Manhattan’s West Side.

We recently caught up with Mill+ Directors Tom Basis and Adam Carboni about their inspiration behind the grand reveal film:

Adam: The film was intentionally made to announce the iconic Vessel, but to also create some mystery and excitement about its design by portraying the emotion it will bring to the city.

New Yorkers know a thing or two about "taking the stairs" and Heatherwick's design draws on that reality. The entire piece will consist of interlocking staircases that reach a total height of 150ft! Because of this design, the nature of the Vessel is inherently interactive.

Tom: The feeling of excitement and creativity in the Vessel itself is what inspired us to visualize this narrative in an energetic way. Something we riffed on early on was with every new building in the skyline comes a new shadow, and that was sort of how we framed the piece in relation to Hudson Yards. 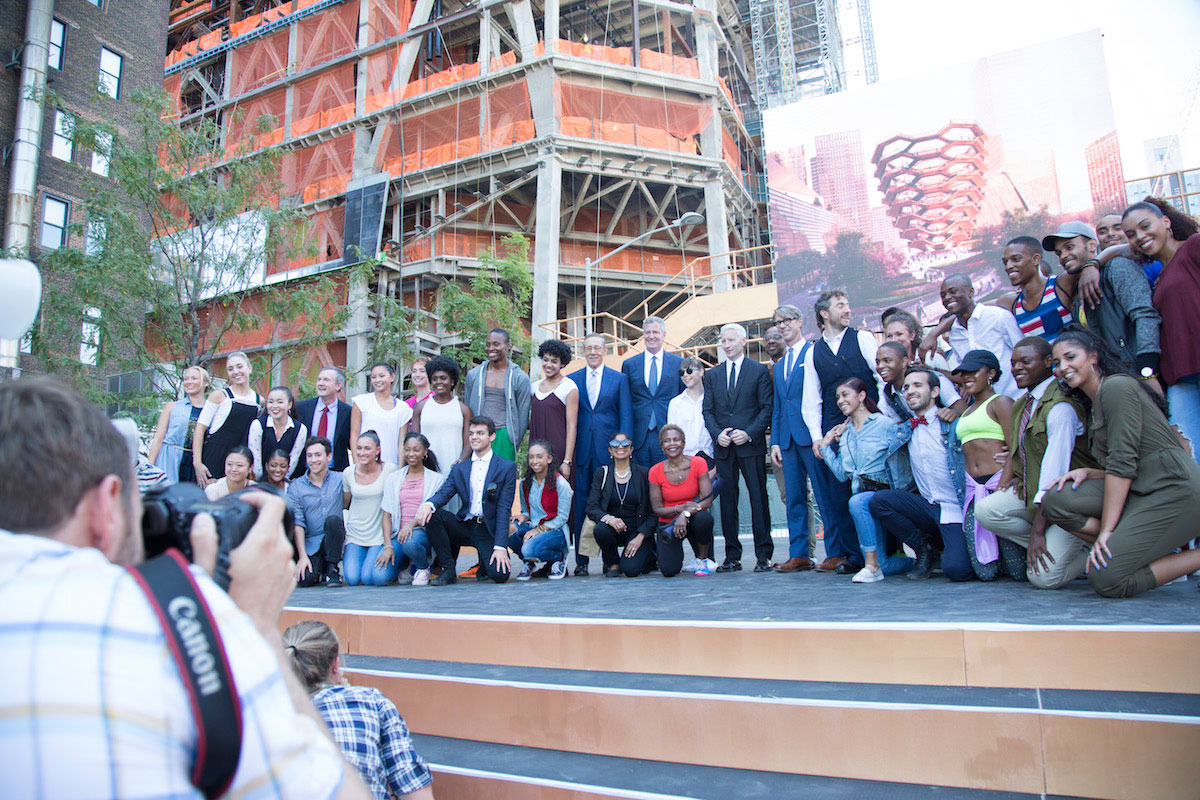 How did you collaborate with Alvin Ailey and what part did they play in bringing the piece together?

Adam: Because of the physicality and interactive nature of the design, we wanted to incorporate the pace of New Yorkers' daily lives into the film which is where the amazing Alvin Ailey Dance Theater got involved. Through our collaboration with Choreographer, Matthew Rushing  we developed a handful of scenes that revolved around the movement and rhythm of a New York morning commute. We worked together with Alvin Ailey to fully cast and choreograph the film to showcase New York’s diversity as well as it’s shared culture.

Tom: Our collaboration with Alvin Ailey American Dance Theater grew beyond just choreography. We would talk through the script or random dance vignettes I wrote in my notebook the night before and then Matthew would talk through the narrative with us in different terms such as: body movements, choreographed sequences and transitions. The pace, syncopations, and unknowing synchronicities were the things we worked on the most. During one rehearsal we actually had a few of the guys from Nylon Studios, who made the actual music, come by the Dance Theater and record a rehearsal. A good amount of the snaps, claps and stomps you hear in the soundtrack are from the Alvin Ailey dancers themselves. 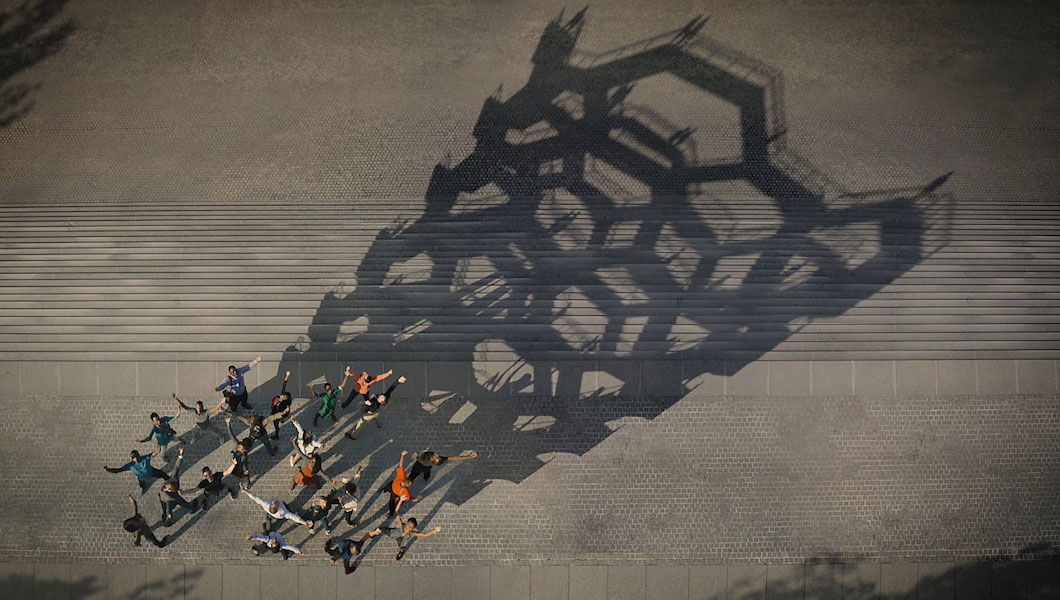 What was the inspiration behind the look and feel of the piece?

Adam: Overall, the look is derived from an early morning commute. Sunlight played an important role, from the beginning. We knew that we would never be able to actually show the Vessel, so the sun motif naturally evolved into this magical shadow motif as a way to "tease" and hint at the Vessel's characteristics without showing it directly. The best way to describe the inspiration behind the shadow idea is this statement; “Every new addition to the skyline naturally brings with it a new shadow.” We kept this mantra in in mind throughout filming and is why we focused so much on the shadows. Whether it was a subway train, a dancer, or the Vessel itself, the moving shadows always brought a certain mystique to the visuals.

Tom: The color of the Vessel was also a huge inspiration in terms of the look and feel of the film. We tried to push the bronze and sunny aesthetic in the color correction slightly, but the ambient light and energy you see in the footage comes from shooting almost the entire film at the crack of dawn, and magic hours before sunset. Our shadow concept required specific exterior lighting which we ended up capturing using almost nothing but natural lighting. It was definitely pretty challenging, but a few of my favorite shots were captured after we had to wait thirty seconds for a cloud to pass by before we can roll - It also motivated the dancers in interesting and creative ways.

As residents of New York, what does it meant to you to have played a part in the reveal of what will be an iconic New York monument and valued addition to the New York skyline?

Adam: It was an amazing experience working alongside such great collaborators as Hudson Yards, Thomas Heatherwick and Alvin Ailey. Ultimately, it was incredibly rewarding to create something ahead of what is sure to become a New York City staple.

Tom: Through every conversation I had with Related, or Thomas Heatherwick about the Vessel itself the feeling of joy resonated in the room. It’s the same feeling I get whenever I talk about the film or explain what “The Vessel” is. 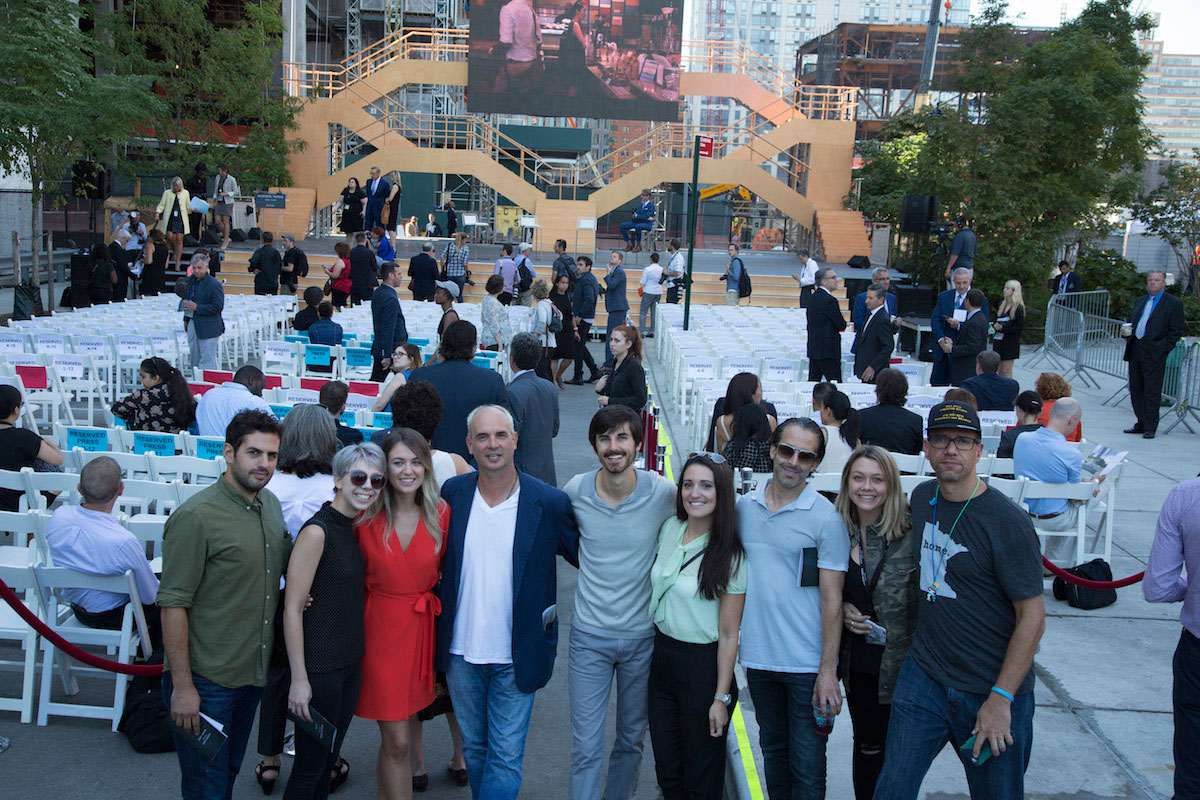 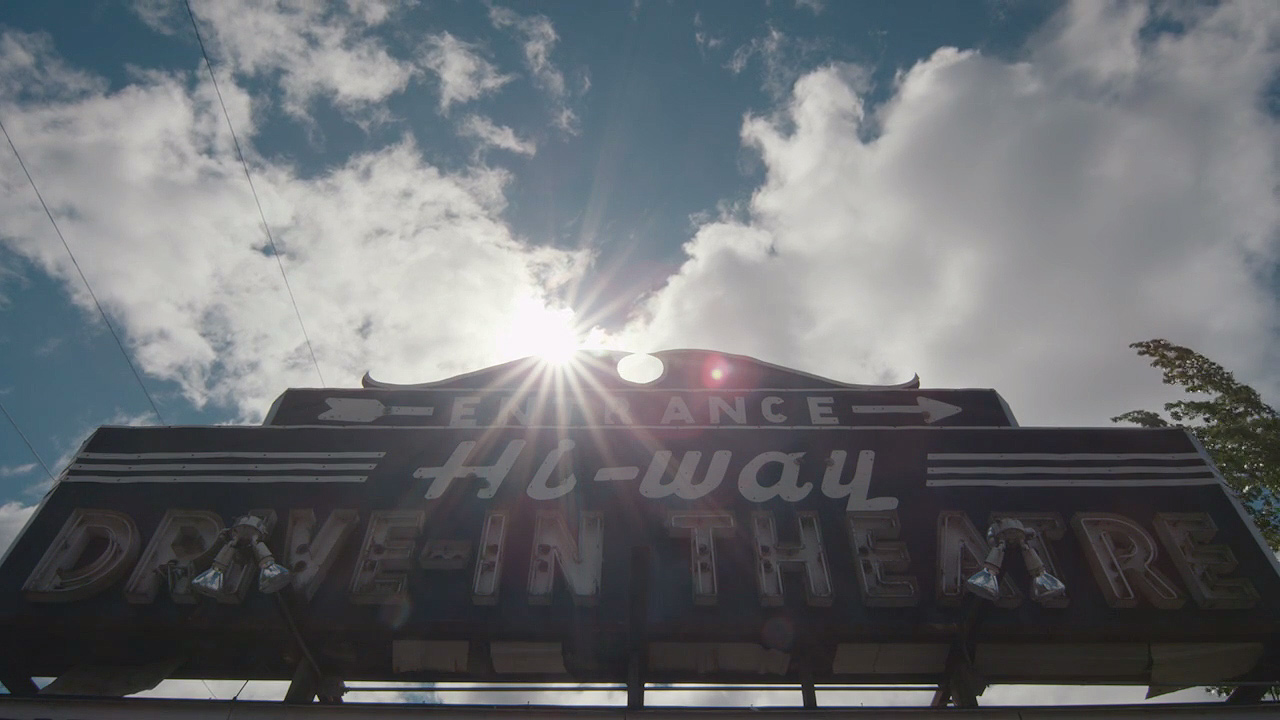 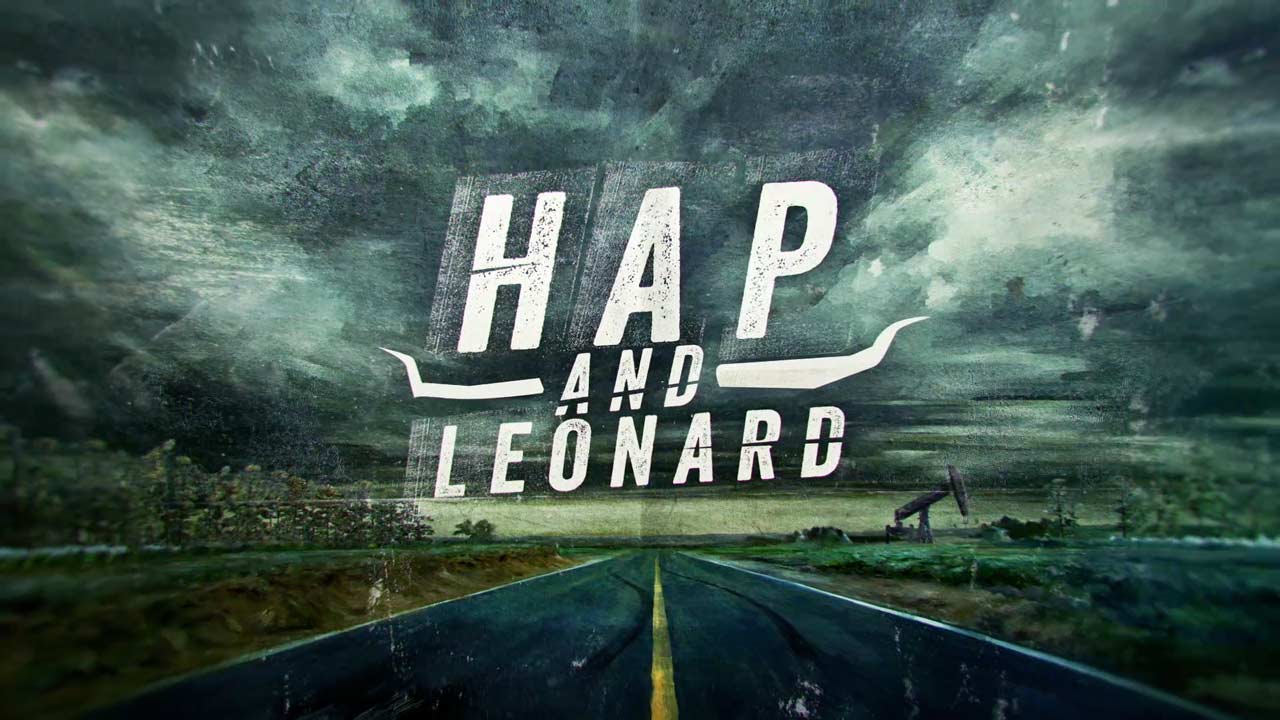