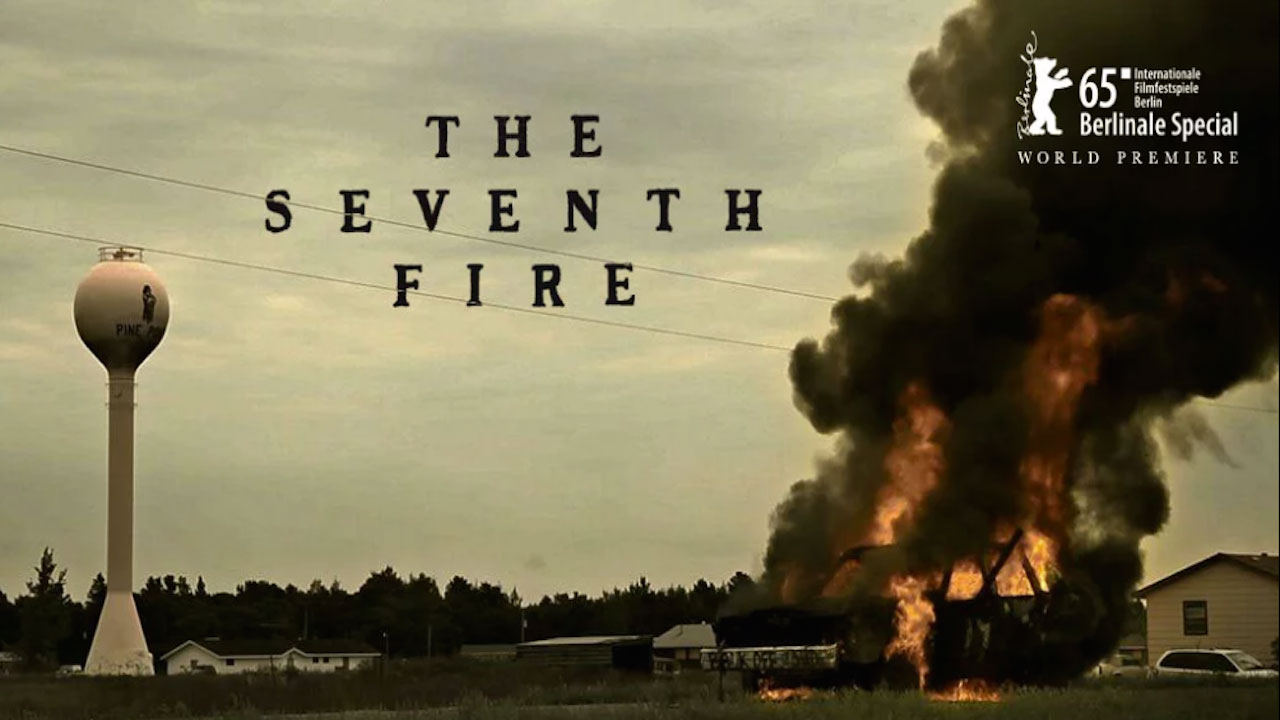 Director Jack Riccobono collaborated with Mill+ to produce the titles for an uncensored, truth driven documentary about Rob Brown, a Native American from the Ojibwe Reservation in Pine Point, Minnesota serving a prison sentence for the fifth time. From executive producers Terrence Malick, Natalie Portman, and Chris Eyre, the documentary, entitled The Seventh Fire, premiered at the Berlin Film Festival in 2015.

The film follows Brown as he confronts his role in bringing drugs and violent gang culture into his community, while also highlighting Brown’s 17-year-old protégé Kevin Fineday, who wants to inherit his mentor’s position and rank as the most powerful and feared Native gangster on the reservation. Brown’s troubled past derives from a young age which included being in 39 foster homes, three group homes, and serving 12 years in prison. 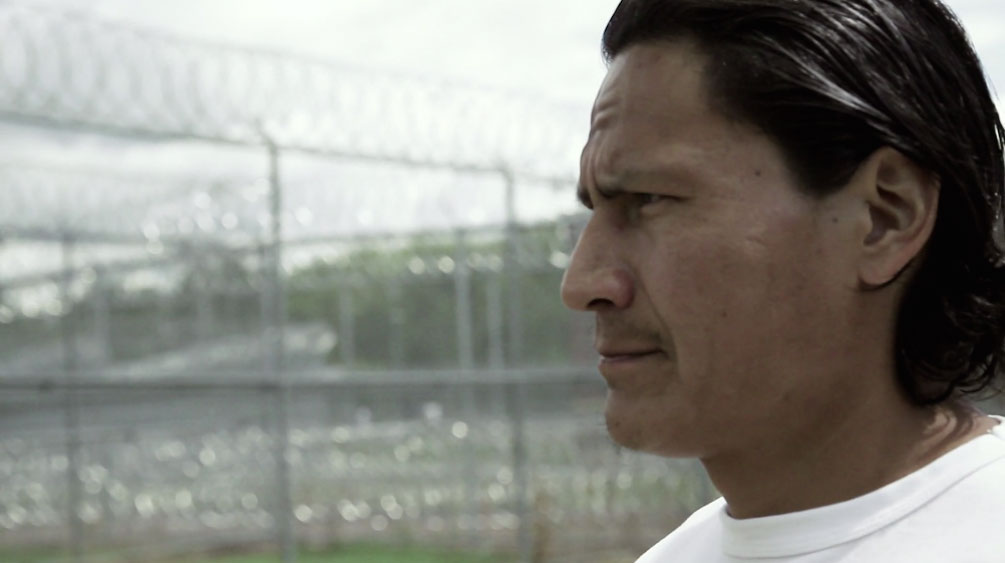 Riccobono tells us more about the project and his directing style:
“I grew up in New York City and my first film job was as a high school intern at Killer Films in the late '90s. They were working with a pretty amazing group of directors, including Todd Solondz and Todd Haynes, so I had an early window into the independent film scene.
As a director, I'm drawn to human stories that stick with you and hopefully make you think a little differently about the world. I like to dig into subcultures and get below the surface of things to find points of connection. For this project, it was important to me that we approached production and post as you would with a narrative film, which was challenging since we were not in control of so many elements. I wanted the film to be driven by the characters and the imagery to shoot scenes instead of interviews so viewers can feel the fabric of life in this place. 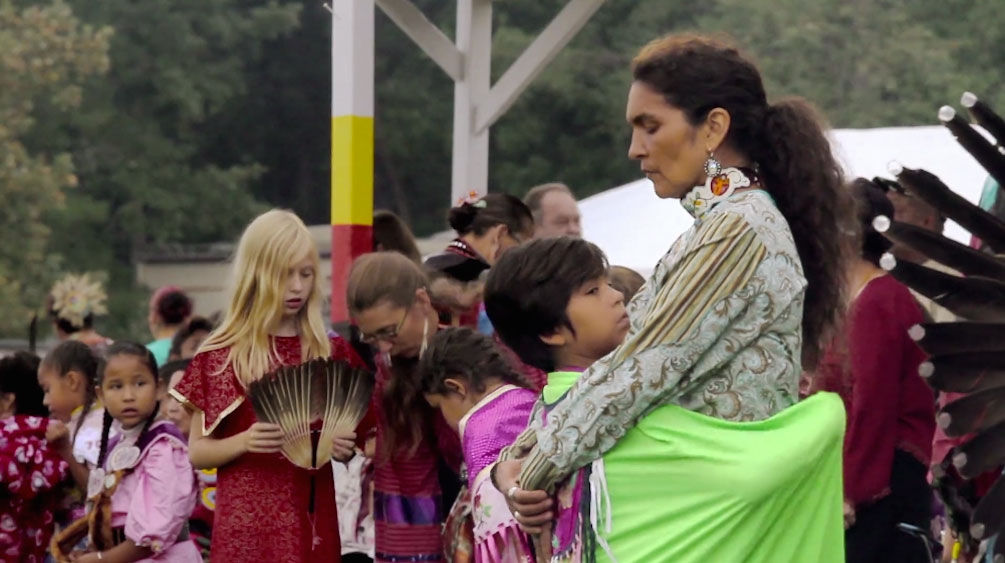 The Seventh Fire is about the migration of gang culture from inner cities and prisons out to remote Native American communities. The title comes from an Ojibwe prophecy, which is part of the tribe's oral tradition. Many Ojibwe believe that now is the time of the seventh fire, when their youngest generation will choose to either return to traditional ways and lead a rebirth of their nation, or continue down a darker path. I first learned about this prophecy while in production on a documentary short called "The Sacred Food" eight years ago, which was about wild rice and the tribe's fight to protect it from genetic modification; wild rice plays another key role in the prophecy and the tribe's oral history. So, although the core subject matter is pretty different, there are many thematic connections between the two projects.
In this film, we wanted to explore issues of identity and the struggle between gang identity and Native identity.
Production was always a challenge because our subjects used burner phones and so their numbers were constantly changing. We couldn't exactly say meet us at 10am on Tuesday. So each shoot was a leap into the unknown and we often had to track our subjects down after arrival. Rob was very intuitive about the filmmaking process and had a lot of stature in the community, so he was able to take us places we wouldn't have gone on our own. On several occasions, Rob would enter a house wearing a wireless mic and we would be in the car outside listening to the conversation as his associates would discuss robbing us and stealing our equipment, but he was very good at steering things in another direction and communicating our intentions.
The biggest challenge for production was when Rob was sentenced to go back to prison for another three years. We worked very closely with the Minnesota Department of Corrections to earn their trust and we became the first independent film crew allowed access to shoot within their prison system. It was important to us to keep filming and tell what life is like behind bars and how Rob used creative writing as a means of escape and healing. We feature one of Rob's poems in the film and have released a special edition art book of his writing and stills from the film called White Earth Stories.
We worked closely with the very talented designers Amy Graham and Kyle Moore at Mill+ in Los Angeles to create the custom title design for the film. It was a crucial part of the creative process because you are trying to communicate the DNA of the film through design and it helps define the identity of the film. For most people, the first point of contact will be seeing the title on a poster or in a trailer. They were incredibly thoughtful about how to approach the design and I think we arrived at something that's a unique reflection of the film."
-------
Kyle Moore adds, “The main focus for us was to both match the mood and tone of the film within the titles, but also create a design that was strong enough to work independently. We created a custom organic font, creating an aged feeling that gave our title a very tactile look and a strong distressed texture by using pencil, charcoal, and china marker.” 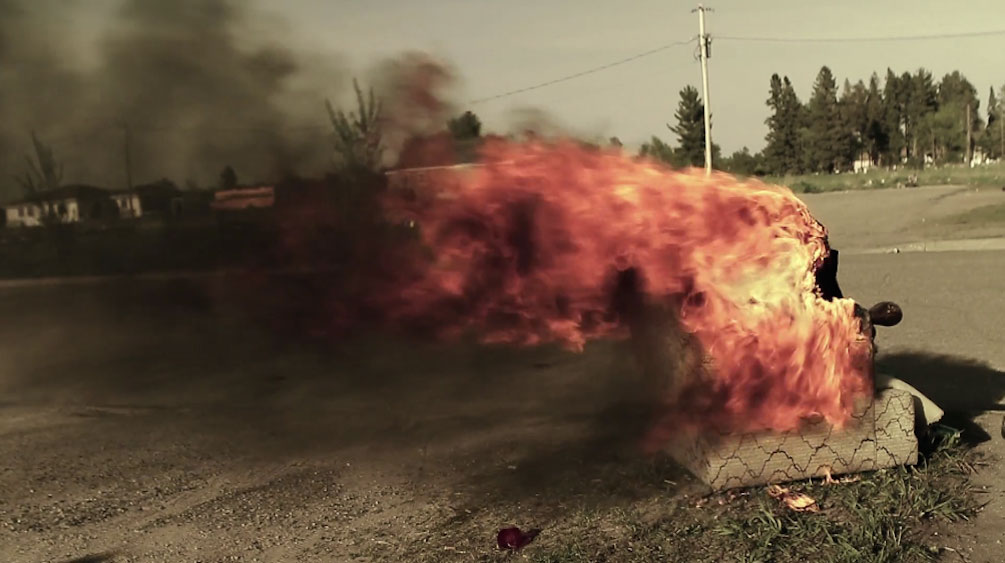 Catch screenings of The Seventh Fire in at the Metrograph Cinema in New York on Monday, July 25th followed by a special discussion with Ojibwe scholar, poet, and Vassar professor Molly McGlennen and Rob Brown, the main subject of The Seventh Fire, as they explore how Mr. Brown developed his writing skills over 15 years of incarceration, and the release of his new collection of poetry White Earth Stories.
And on Tuesday, July 26th, a screening will be followed by a panel on "The Human Cost of Mass Incarceration". This discussion will bring the criminal justice issues explored in The Seventh Fire home to New York with a focus on local policy reforms including the push to close Rikers Island and the bail reform movement. The event will be moderated by journalist Graeme Wood, contributing editor to The Atlantic.

See the full list of upcoming screenings here and watch the trailer below.