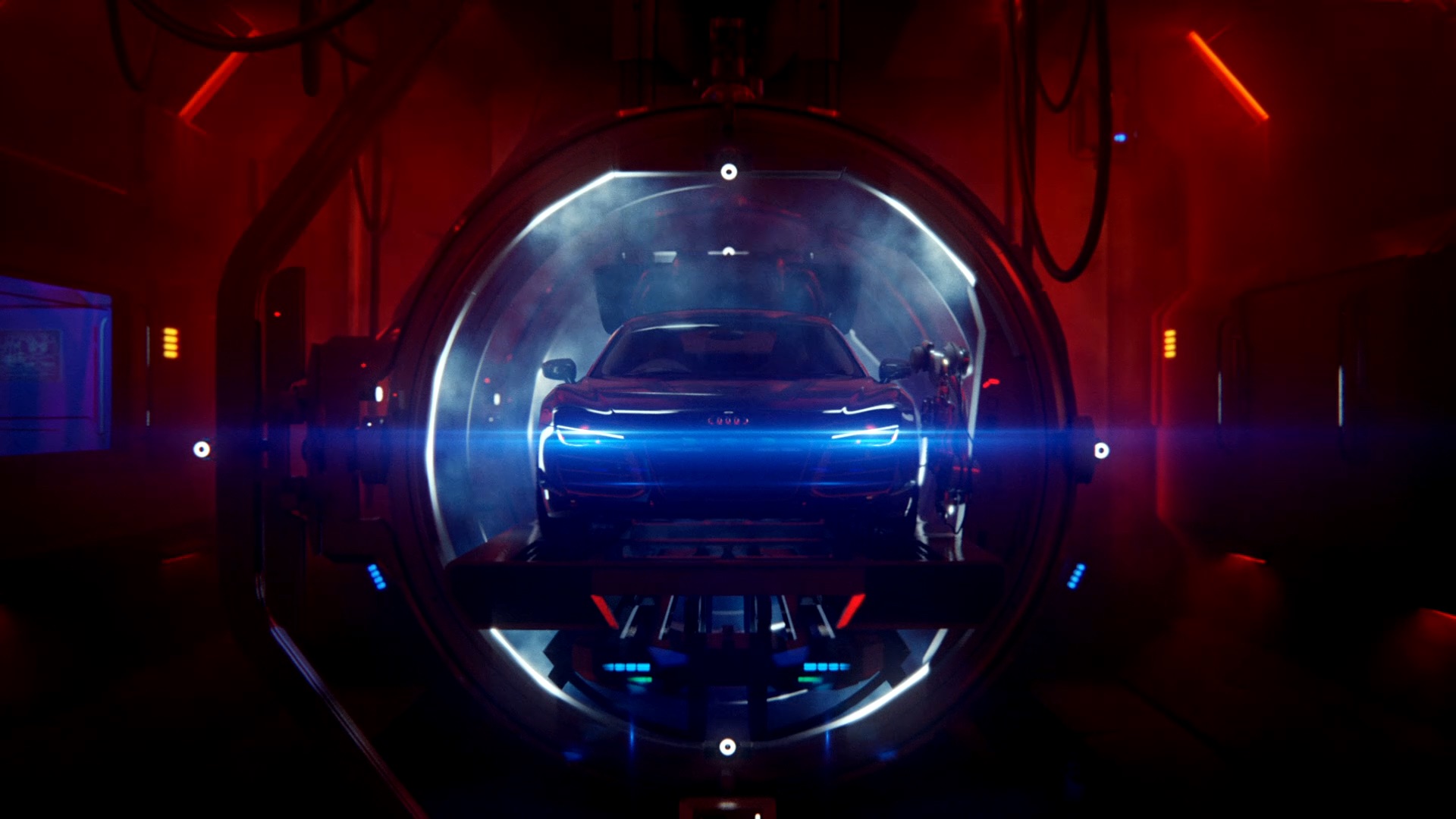 From another year of top Super Bowl spots and award-winning projects to launching our new website and joining the Technicolor family, 2015 has been another fantastic year across The Mill. We’re taking a look back at many of the big projects, wins and news that made our 2015 great. We've also included the reels, title sequences and behind the scenes films created this year.

While the New England Patriots successfully took on the Seattle Seahawks, the battle off the field featured a new round of top ads that entertained and inspired. Here at The Mill, we helped create 45% of all the 2015 Super Bowl spots: the return of everyone's favorite puppy in Budweiser ‘Lost Dog’, which was ranked #1 on the USA Today AdMeter; the inaugural Clio Creative Bowl-winning Snickers ‘Brady Bunch’, Coca-Cola’s ‘Download Happiness’ for the #MakeItHappy campaign; and the powerful NFL ‘Listen’ PSA, the first-ever Super Bowl spot addressing domestic violence and sexual assault.

See the full roundup of Super Bowl XLIX in our Post Game Ad Recap including behind the scenes content and interviews with the creative minds responsible for several of the night’s best spots.

The year was filled with award-winning projects and recognition for the breadth of quality work being produced across studios. We were honoured to receive Post-Production Company of the Year at the LIAs, while also topping the annual Televisual Facilities 50 survey for an unprecedented seven years in row. 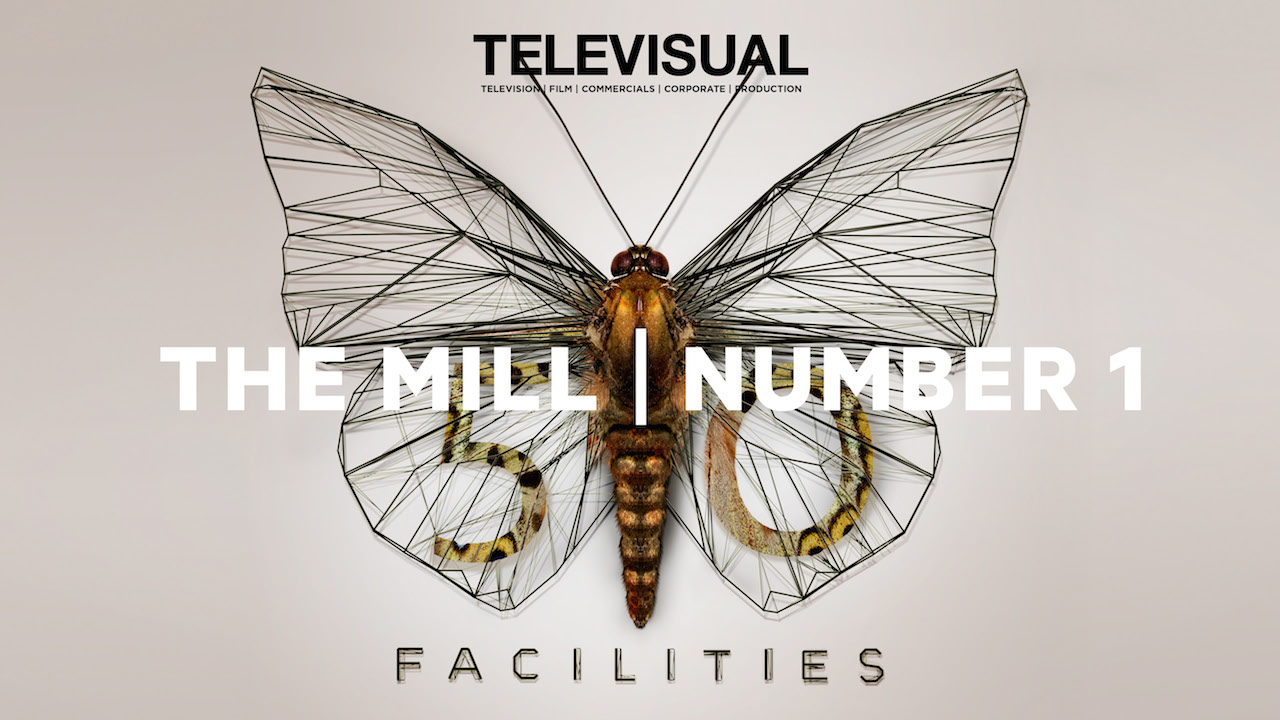 Televisual Cover designed by Ross Urien, Head of Design at The Mill London

The talents of individual Mill artists were also celebrated. Fresh off his talk on the 'Frontiers of Visual Narrative' at Cannes Lions, Rama Allen, ECD at The Mill in NY, was named in Adweek’s Creative 100 list as one of the top 10 visual artists “changing the way we view advertising and the world". His recent projects include The Looking Glass installation, Gatorade's Bryce Harper VR experience and the immersive Lexus 'Ride the Slide' experience.

Manija Emran, Mill+ Creative Director in LA, was named in Art of the Title’s Top 10 Women of Title Design for her work on Academy Award-winning projects and handmade title sequences like Snow White and the Huntsman, Manhunt, and We Are The Giant. Most recently, she directed the design driven Reebok 'Kaleidoscope'.

The Mill in Los Angeles also received the coveted Post Production Company of the Year title at this year’s Shots Awards, closing out an impressive year which included the immersive short film Google Spotlight Story ‘Help’. 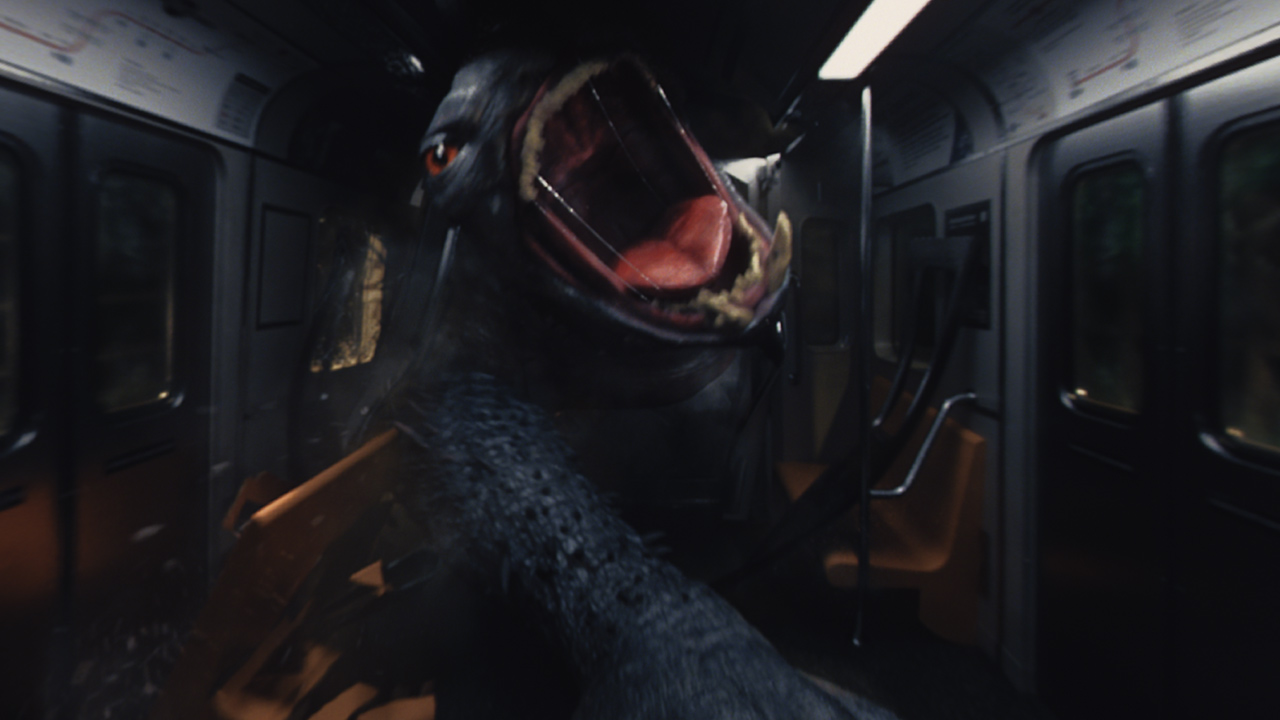 Several projects stood out for the accolades they collected in 2015:

Audi ‘Birth’ received five awards since its release in April which included the coveted Gold Cannes Lions in Animation.

2015 saw Mill Colour continue to grow, expanding the team with new talent and new remote grading locations. The Mill in London welcomed back Colourist David Ludlam, and saw the promotion of Oisin O’Driscoll and Jim Bracher; whilst Matt Osborne joined the team in Chicago. Our Remote Network also expanded in 2015 with TVIPS launching in Atlanta, Austin and Kansas City.

Adam Scott, Head of Colour at The Mill in LA, brought home an award for the Colour team, winning  AICE Best Colour Grade for the beautiful Axe White Label 'Hotel'.

See more beautiful grades from our Colourists in the 2015 Mill Colour Highlights. 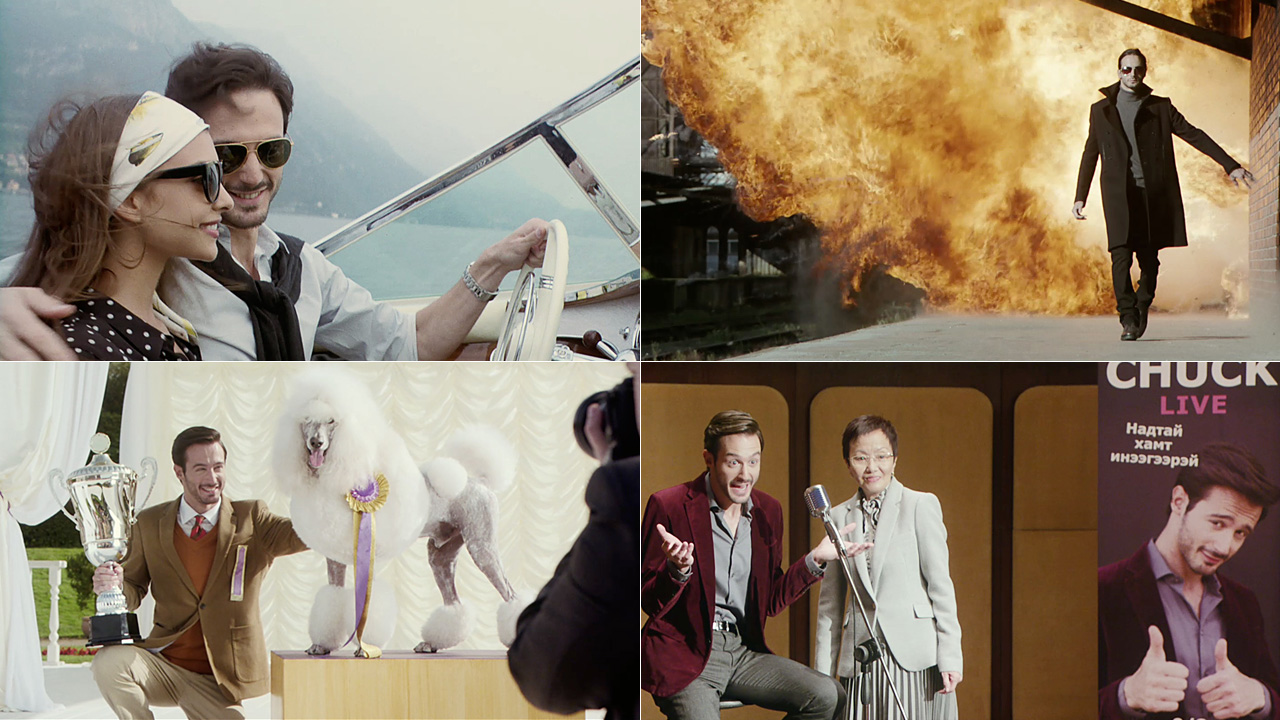 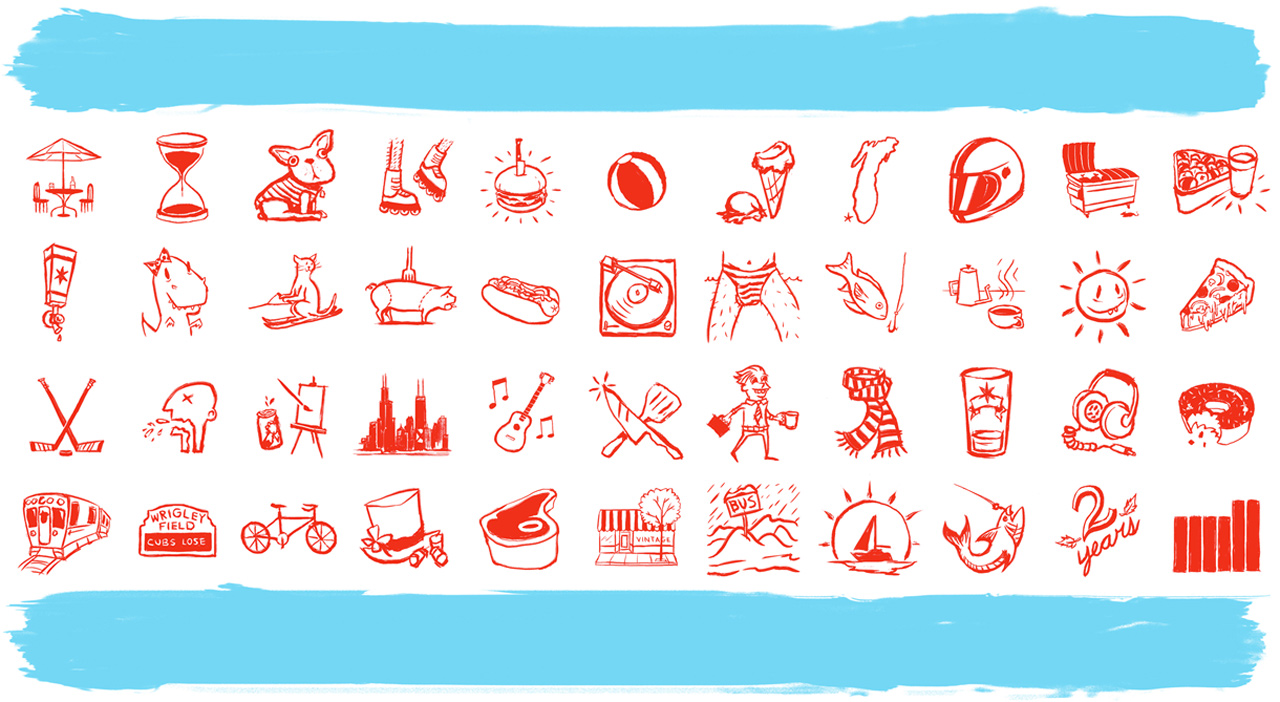 With a year filled with top projects like the Chicago Bulls 50th Anniversary campaign spots, Dairy Queen 'Clap Your Feet America!' and Extra Gum 'The Story of Sarah and Juan', the studio also announced plans for expansion to a new location in 2016.

Chris Scott, Flame Artist at The Mill in London, returned for a second year of riding across the Alps for charity, and, despite getting in the wars, he still managed to complete his journey to cross the finish line during the Cannes Lions Festival. Recap his ride.

For the eighth year running, Fireflies West cycled from San Francisco to the finish line at the The Mill’s Los Angeles studio to raise funds to fight cancer, concluding a record-breaking year of $370,000 raised. Tara DeMarco, longtime Firefly and VFX Sup. at The Mill in LA, led this year’s group as Director Sportive (DS), with Robin Shenfield, CEO of The Mill, joining the ride and even taking a go in the dunk tank. Recap the event

Behind the Scenes Films

BFI 'Film is Fragile'
Mill+ and BFI worked together to create a thought-provoking fundraising film ‘Film is Fragile’ aimed at raising awareness of the BFI Archive charity which works to preserve, restore and protect film. Mill+ Director Carl Addy explains how the team approached the project as a whole and the inspiration behind the burning film motif.

Gatorade ‘Bryce Harper Virtual Reality Experience’
The Mill and Mill+ partnered with OMD’s Zero Code team and Gatorade to create a new hyper-real first-person avatar VR experience, one that puts you in the body of professional baseball player and Washington Nationals star Bryce Harper. The Mill and Mill+ teams were involved from concept, R&D, camera rig, directing and on-set supervision to VFX and editorial. As one of the world’s first ever avatar VR experiences this was a very complex shoot.

D&AD 2015 Title Sequence
This year Mill+ continued their collaboration with the prestigious D&AD awards, creating the concept, design, art direction and animation for their 2015 ceremony.

Legoland ‘Awesome Awaits’
The global campaign, directed by Russell Tickner out of Mill+, aims to capture the magnetic and universal appeal of LEGOLAND. It sees a host of characters come to life in a young boy's bedroom before spilling onto the streets and triumphantly arriving at the gates of the theme park.

Bingle ‘Chimpfall’
Bingle's "Chimpfall" features Joni the 100% CG skydiving chimpanzee, who shows us just how easy it is to get a Bingle car insurance quote, even in mid air.

SSE ‘Maya’
A look behind the scenes at how The Mill created the VES award winning 100% CG orangutan for SSE ‘Maya’. A collaboration with Adam&Eve DDB and Frédéric Planchon of Academy Films, the photo-real great ape won Outstanding Animated Character in a Commercial, Outstanding Visual Effects in a Commercial and Outstanding Compositing in a Photo-real/Live Action Commercial.