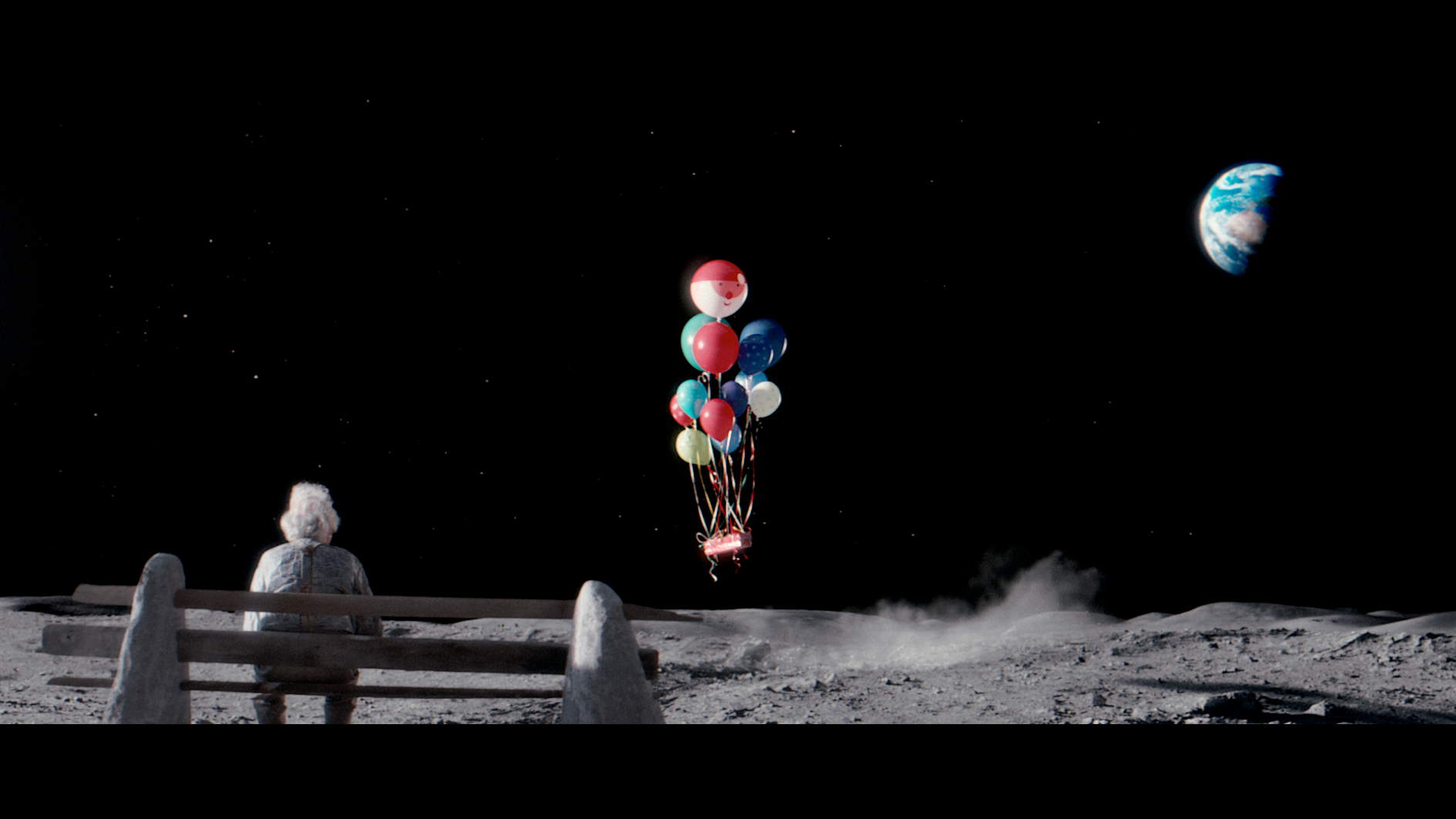 The month of November kicks off the annual feast of festive, feel-good and funny new Christmas adverts debuting across our screens. These seasonal spots often stand out for their cinematic storytelling and ability to tap into our emotions, nostalgia and holiday traditions, producing some of the best brand experiences of the year.

Alongside the films, this year sees brands continue to extend campaigns both online and in-store through social media, dedicated digital experiences, apps and merchandise. In keeping with the spirit of the season, many brands have also partnered with relevant charities to bring awareness and needed funds to causes. As we inch close to the end of the year, we'll continue to see more fantastic brand storytelling, which we'll update here on this blog.

From the highly anticipated John Lewis advert to cats in Christmas jumpers and classic Nintendo characters, take a look at our roundup of Holiday adverts created here at The Mill:

The campaign sees John Lewis and Age UK partner up to help some of the million older people who will go for a month without speaking to a friend, neighbour or family member. With over 14 million views on YouTube since it's launch, #ManOnTheMoon features a young girl who goes to great lengths to send a message to the Man on the Moon so that he doesn’t feel lonely during the festive season. The Mill worked with adam&eveDDB and Director Kim Gehrig at Somesuch to create this hugely anticipated Christmas tearjerker.

The Mill's VFX team worked closely with AMV and directors dom&nic at Outsider to bring to life the playful and highly photorealistic new festive spot for Mars Celebrations, the first ad for the brand in over a decade. The spot depicts a group of decorations who come to life and link precariously together in an epic struggle to reach for a box of Celebrations under the Christmas tree.

Head of Animation, Jorge Montiel comments, "We had to experiment with ways to make the figures look realistic and life-like whilst maintaining a sense of stiffness, staying true to their essence as a decorative object. The facial expressions, therefore, had to be minimalistic, but enough to create a sense of character. A key challenge for the team was that we had to create a sense of adrenaline through the animation, giving an action film flavour to the spot."

Jeff Goldblum stars in a series of Christmas adverts for Currys PC World, which The Mill created with AMV and Director David Shane at O’Positive. Goldblum plays the part of an acting coach for disappointed gift recipients, sharing tips to avoid the awkward situation at Christmas. Currys PC World suggests that a better solution would be to buy an electrical product at one of their stores – ensuring that there’s no acting necessary when Christmas day dawns.

Colourist Seamus O’Kane comments, “Working with Director of Photography Tim Maurice-Jones was a great opportunity to develop a balance between the palette of normality and the subtle enhancement the presence of a movie star brings to the scene. We always allowed the weight of the grade to be with Goldblum, but at the same time, he always had to be totally integrated into the normality, and his intensity and force reach out to pull the viewer in."

The Mill, alongside Simon Ratigan out of HLA and adam&eveDDB, created this festive film featuring chef Heston Blumenthal putting the finishing touches to his signature Christmas dessert for supermarket Waitrose.

Colourist Seamus O’Kane describes working on the film, “We were very conscious that the great joy of Christmas is in sharing food and warmth with friends and family, so we strove to give the food a vivacity and energy that became uplifting and appealing but still retained a natural sense within the Christmas palette.”

Temptations 'Say Sorry For The Holidays'

The Mill worked with Director Austen Humphries at Rattling Stick and adam&eveDDB to create this different take on a Christmas advert for cat treat brand Temptations, recommending that owners apologise for forcing such undignified novelty costumes upon their beloved cats with a pack of kitty treats.

The Mill, along with VCCP and Neil Gorringe out of Moxie Pictures have created a fun filled Christmas advert for ASDA. From ice-skating to break-dancing Santas, Christmas lights to Christmas puddings, nativity plays to classic films, this fast paced spot focuses on the excitement, and excess, that the festive season brings each year.

Sainsbury's 'Cake Chief', 'Dad to the Rescue' and 'Christmas Food'

The Mill, in collaboration with AMV and Marcus Svanberg out of Blink, created a series of Christmas films relating to the food and drink that people enjoy together during the festive period for supermarket Sainsbury’s.

2D Artist David Wishart says of the project, “The team worked to make the food and drink look even more delicious so that viewers would be really tempted when seeing all the festive treats on screen. In the grade we bought out the warmth of the film, to give a sense of cosiness and togetherness which is essential in these Christmas films.”

The Mill partnered with Director Frederik Bond, Mother and MJZ to create the Stella Artois spot, ‘Naming’, for the brand’s 2015 holiday campaign, #GiveBeautifully. The spot explores the story behind the brand’s creation, taking place in Stella’s birthplace Leuven, Belgium, and portraying the beer’s master brewer as he contemplates a name for the beer he created as a holiday gift.

2D Lead artist Krissy Nor Della comments, "We wanted to achieve a wintery magical feel without going overboard, keeping the balance between enchantingly beautiful and realism."

What would the holidays be without your favorite Nintendo game characters? Mill+ Directors Nick Lines and Andrew Proctor worked with Leo Burnett to bring some familiar friends to the action in ‘Magic Unwrapped’ for the Nintendo 3DS.

Artists at The Mill took the traditional characters and wove them into the spot's narrative as snowmen, Christmas tree ornaments and more. The teams was given a lot of free reign when it came to how the characters were developed, creating a unique look for classic characters like Link from The Legend of Zelda.

The Nintendo holidays continue with ‘Magical Nights’ from Mill+ Directors Nick Lines and Andrew Proctor in collaboration with Leo Burnett. The spot sees Wii U characters conduct the ultimate Christmas takeover, taking the ink splatters out of Splatoon and into our world. Luckily, the mess was created entirely in CG. Nick explains, “We shot the living room and built a replica from the ground up, allowing us to totally destroy it with the ‘ink’ like you’d see in the game.”

Macy's 'Believe' holiday campaign is back for the eighth season celebrating the holiday tradition of generosity. This year's spot, created by JWT New York, director Filip Enstrom of Smuggler and The Mill, features a magic pen that grants wishes and encourages children to believe in the spirit of the season.

Despite being filmed in 90-degree weather at the end of July, there’s no shortage of yuletide cheer in ‘The Wish Writer’. Artists at The Mill helped ring in the spirit with wintry set extensions and matte painted snow – because without snow, would it really be the holidays?

The Mill collaborated with The Distillery Project and Jamie Rafn at Smuggler on this  holiday spot for Meijer. The entirety of “Balloon" was shot in a warm, mountainous environment in California and then transformed into a wintery world where a girl takes a shot at communicating with Santa in the North Pole through extensive matte painting and compositing.

The Mill, along with VCCP and Neil Gorringe out of Moxie Pictures have created a fun 30 second spot for ASDA which follows on from their longer #BecauseitsChristmas seasonal campaign. 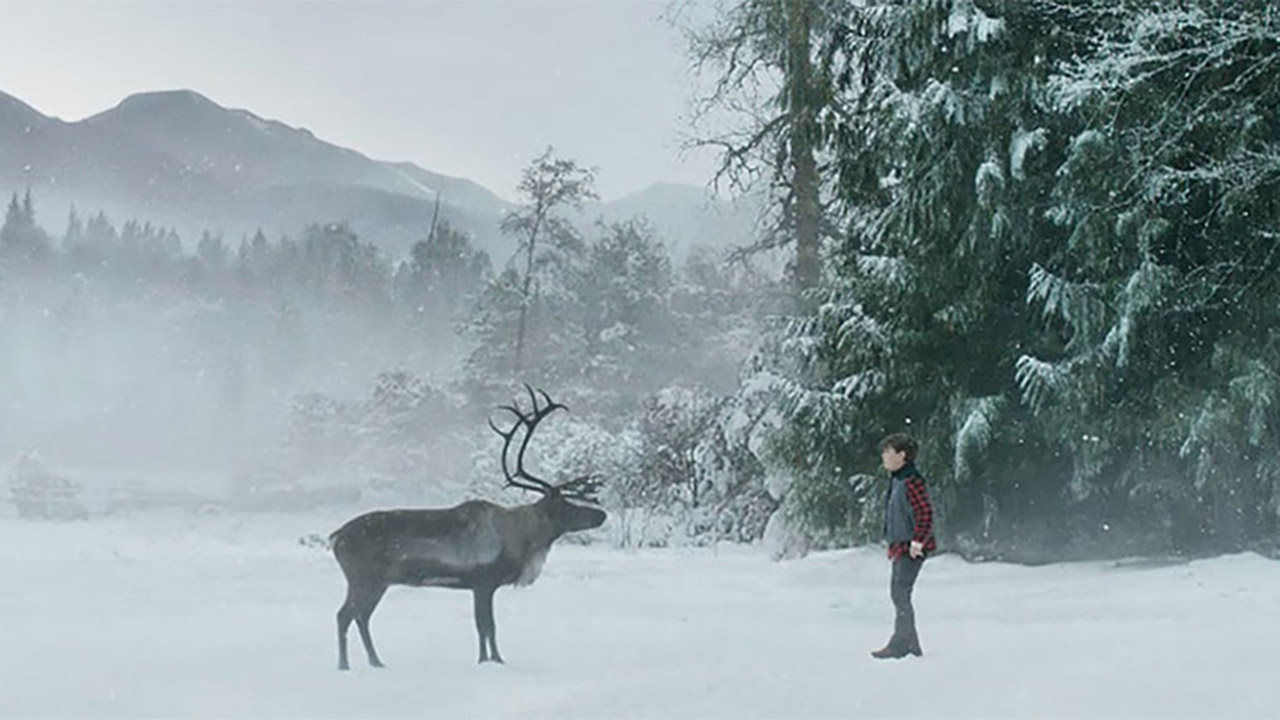