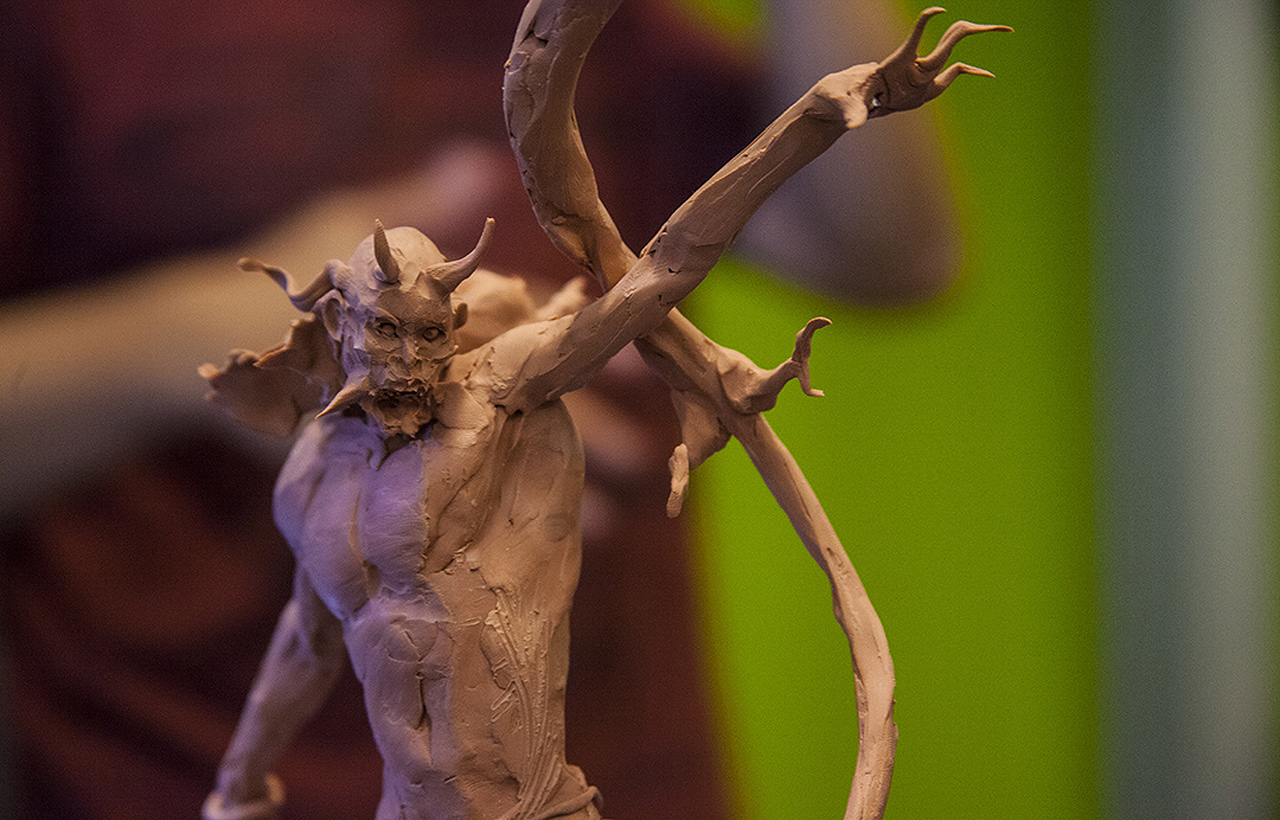 ‹ Back to List
May 21st, 2015
Share
The Mill is always looking for ways to continue developing, learning and honing their skills. Modeling LA, a group of artists from the modeling team in Los Angeles, find ways to keep inspired, motivated and challenged. For one of their workshops, Simon Lee, an accomplished Los Angeles based concept designer and sculptor for feature films, swung by for a sculpting masterclass. Simon has worked with Warner Brothers, Legendary Pictures, Disney, Paramount, Universal and Coca-Cola and also teaches his own sculpture and design classes for professional artists out of his studio in Alhambra, CA. Some of his most well-known work includes Pacific Rim, Maleficent and Edge of Tomorrow.

"Simon Lee is in a category all by himself. His sense of drama and raw power make him the Frazetta of monster sculpting and the elegance and specificity of his designs give his creations gravity and realism. A true master!"  Guillermo del Toro, Director We interviewed the master sculptor on his past projects and his inspiration for creating such fantastic characters:

How long have you been a sculpture artist?

I have been sculpting since I was six, but I only became a professional sculptor in 2010. What do you prefer sculpting: monsters, aliens or cartoon characters?

I've been known for my creature and monster work, but I enjoy all kinds of characters. What is the sculpt you are most proud of?

Honestly I don't have any one in particular as I am always just seeing the flaws in my work. But if I have to choose, I would say that it's the "The Last Stand - Aliens vs. Predators" sculpture that I did back in 2013. I was working on Edge of Tomorrow at Warner Brothers at the time, and in my after hours and on weekends, over the course of one month, I sculpted this battle scene of 35 aliens vs 7 predators. It was a personal concept piece, and I had a lot of fun doing that. What feature character design are you most proud of?

As a whole I would say my work on Disney's Maleficent. It was during the very early stage of the project, and I could only see bits and pieces of my design ideas in the final film, but I was very fond of the world building and character development process. Can you tell us some of what inspires you in creating such fantastic characters?

I have had enough experience and knowledge on the fundamentals - e.g. anatomy, composition, movement etc. , and I always try to approach my designs with a level of grounded realism, but the execution is where the creativity will come in.

I draw my inspirations from things that I encounter in every day life - it can be from a conversation I had with someone or even some shapes I saw from a tree branch in the park. To that end, the design is really an artist's personal expression, but that expression should be driven by emotions, like poetry, and not just dry words from an instruction manual. Is there a specific artist that you admire most?


See more of Simon's work at www.bigbluetree.com and watch a timelapse of the masterclass below via Jr. animator Greg Park: