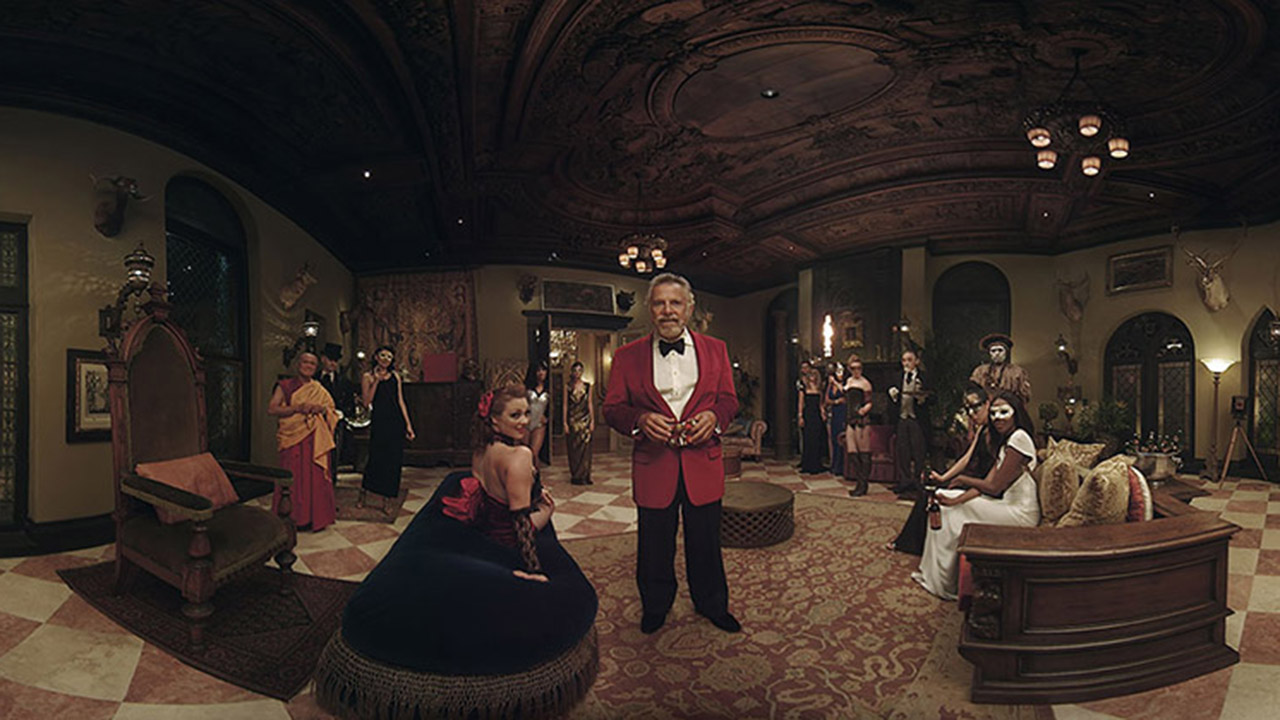 Every New Year brings with it progress, new and improved technologies, and valuable opportunities to grow, innovate and shake up the industry. We’ve asked our resident experts to weigh in and boldly predict what’s to come in the year ahead.

In Predicting 2015 Part 1: Drones, Intelligent Billboards & Smell-O-Vision, Neil Evely, Group Head of Production & Development, discussed the growing drone market, their current range of capabilities (and occasional game of table tennis), and the great potential in the year ahead.
Executive Creative Director (LDN) Neil Davies also highlighted two prospective innovations that could enhance the way we tell stories: Intelligent billboards that can tailor the message to their surroundings and the opportunity to immerse audiences with the often ignored sense of smell and all the emotions, memories and bacon-cravings that scents can induce through "Smell-O-Vision".
For Part 2, our experts discuss everyone's favorite emerging technology, virtual reality, and the impact of current and future technologies on how we create content. "VR is a incredibly exciting technological trend that has been revitalized in the past few years. We’ve already seen gaming, virtual cinema and advertising embrace VR with varying degrees of success, but one thing I believe to be certain, VR is only going to become more prevalent and accessible to both consumers and creators as the technology develops and the means by which compelling content is created becomes better understood.
Gaming and augmented reality already have a good start leveraging the technology of VR, as real time interactive content creation is part and parcel to what they’re about, but VR is expanding the way we experience media so there's still plenty to learn on all fronts. VR is still a very much unexplored territory, so it’s a really exciting time to be involved in pushing forward the tools and techniques, as well as the type of creative, that works with VR." Although the 'threat' of VR exploding is not new, the evidence points to its forthcoming arrival to a tech-savvy home near you in 2015. The beginning of 2014 saw Oculus take the limelight with Facebook's purchase of the company for $2 billion, reintroducing the technology to a mass audience beyond its 2012 Kickstarter campaign and reinvigorating the public's desire for the next step in storytelling and entertainment.
Along with the industry leading Oculus, we've been introduced to a host of players: industry titans like Sony Playstation's Project Morpheus; mobile headsets like Samsung’s GearVR created in partnership with Oculus and powered by the Samsung Galaxy Note 4; DIY VR with Google Cardboard; and new players introducing alternative approaches like Avegant's headphone-inspired Glyph headset and Razer's  Open-Source VR (OSVR).

The Gear VR Innovator Edition is back in stock in the United States! Order yours today: http://bit.ly/GearVR-Samsung

The technology is still being tweaked to create a truly immersive experience, with improvements in resolution and sound expected in 2015, as well as the possible (probable) release of the consumer-version of Oculus.
A big challenge before that release is solving for input. How will users control and interact with content without disrupting the experience? Currently, Oculus and Morpheus track head orientation and movement, and Gear VR allows for control through the user's gaze or with a Samsung gamepad. Given Oculus' purchase of of hand-tracking company Nimble VR, we can expect some sort of hand and gesture controls when the consumer version is released.

Paradise is just a #GearVR away. #beach #vacation

There are also a host of companies working on solutions beyond gamepads and moving towards true interactivity: Leap Motion uses cameras to track hand movements and gestures; Sixense's STEM System is a wireless, motion tracking platform built around a central "base station" that emits an electromagnetic field that detects the position of handheld controllers; and Virtuix Omni is an omni-directional treadmill that can track users as they run, walk, and jump.
Traditional filmmaking techniques are being tested and refined for the new environment with new tools for creators entering the market like 360° cameras (Project Beyond, Giroptic). In addition to the user's experience, content will be key to mass adoption of VR, proving its value and delivering experiences unique to the platform. 2014 saw creators begin to explore content specifically for VR, creating games, short films and brand experiences like Dos Equis Masquerade.
2014 sparked the world's interest with the possibility of VR, but 2015 will explore its true potential. “A lot of our industry’s processes are built on content of a certain pre defined length. It may seem simple, but this is about to change more radically than it has in the past. Though they mostly already have, all the rules for the duration of content will nearly evaporate in 2015.”
From the minute long commercials of the 1960’s to 15-second micro-videos for social platforms, the industry has adapted along with the technology and viewers. The industry has already successfully experimented with projects like the series of 15-second Instagram videos that re-enact entire Hemingway novels created by Ogilvy & Mather Chicago for the Ernest Hemingway Foundation; the award winning Guinness ‘Sapeurs’ campaign, available not only as a 1:40 minute commercial but also a 5:06 short film documentary; and Illy's A Small Section of the World documentary film, clocking in at 62 minutes and screened at film festivals and soon-to-be released on Netflix.

For Whom The Bell Tolls in 15 seconds. Learn about Hemingway's own involvement in the Spanish Civil War at The Ernest Hemingway Foundation of Oak Park. #ehfop #hemingway #papa #forwhomthebelltolls #book #oakpark #instamovie

As the division between television and online fades away and the number of screens and channels for content consumption evolve, the separation between commercials and entertainment – and the rules attached to the categories – will evaporate.

“We’re going to see a big leap in hardware (phone, tablet, car, wearables, etc) that will enable faster download and streaming speeds and longer battery life. We’ve incrementally increased this over the years, but I see a big change in 2015 that will dramatically change the type of content and the way (in the US at least) we use and depend on these devices beyond 2015.”
Advancements in technology have already increased mobile (smartphone & tablet) views to 30% of all video views, with an estimated growth of over 50% by Q3 of 2015 [Source: Ooyala Q3 2014 Video Index], but we're still haunted by the limits of our battery life. New innovations like StoreDot’s charger that can charge your phone in under two minutes or Ericsson CEO Hans Vestberg’s vision for 5G are set to change the mobile game, allowing for faster, increased mobile consumption. Along with the length, new and improved technologies will create an even wider toolset for storytelling, allowing brands to better communicate and giving viewers even more content to consume across an increasing selection of channels. While not the first experiment by a brand with interactive video, 2014 saw Honda Civic’s ‘The Other Side’ (2:55), giving users the ability to toggle between two alternate stories and combining high-quality storytelling with technology effectively.
With VR exploding, YouTube’s announcement that they will support 360-degree video uploads, 2015 will brings even more  content in an ever-growing range of lengths AND perspectives.
Save Playlist
My Mill Playlist (0)
Save Playlist
Clear
copy link
integer varius
Lorem ipsum dolor
Press Enter to Search