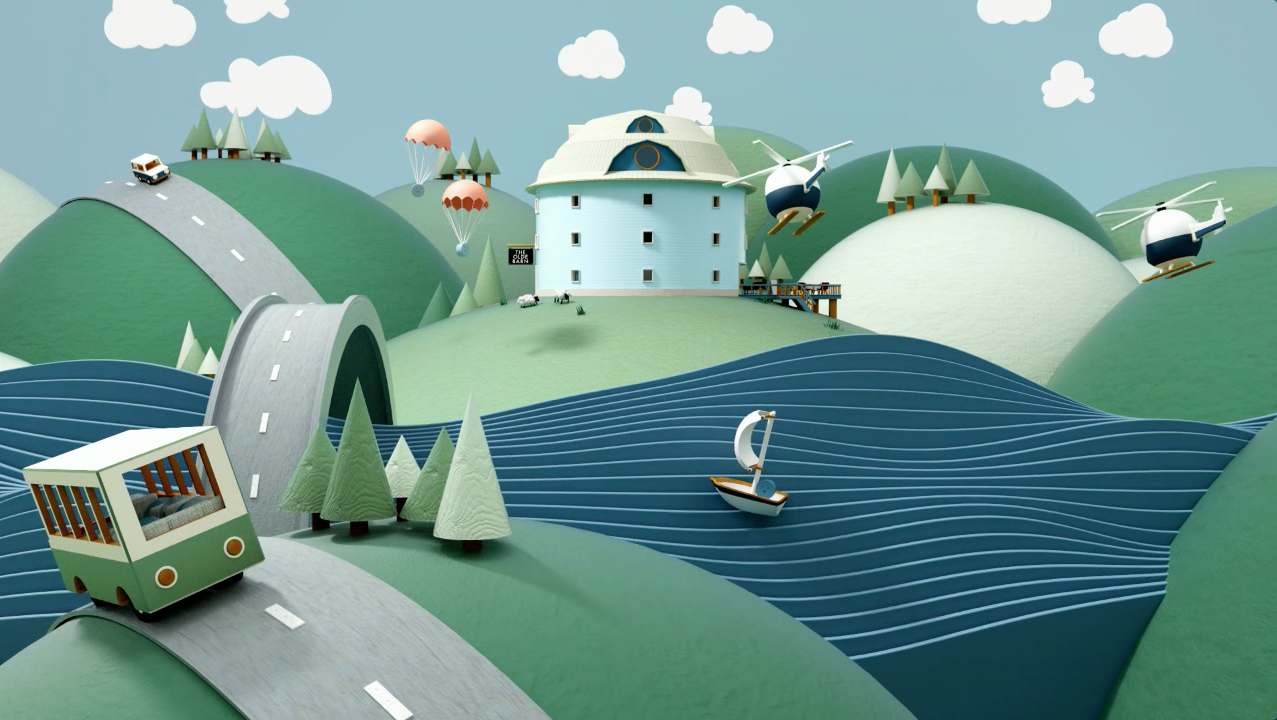 Do it your way with the help of Eviivo

From character design, animation and the script writing, all the way through to the song writing - the Mill+ team was involved at every stage of this project, delivering a charming and wonderfully humorous piece of Design, animation and music writing.

The Eviivo start buttons become the protagonists in this colourful film, which demonstrates how a city escapee turned B&B owner uses Eviivo to simplify his day to day business admin, enabling him to 'do it his way'.

The large team involved completed the project over several months, after a pitch process involving the development and presentation of a range of characters and ideas.  The entire film was created in C4D using v-Ray as a render engine, with the team using 3D as well as cell animation to bring the piece to life.

Executive producer Luke Colson comments, "This is probably the most diverse Mill+ Design project we have done. The fact that we wrote the lyrics and composed the song, let alone the characters, environments and all the animation meant we really did have complete creative control. We needed to understand the specifics of the software too, and understand what the Eviivo team wanted from the end result. As it transpired that the clients we're some of the most passionate we have worked with, and great fun too."