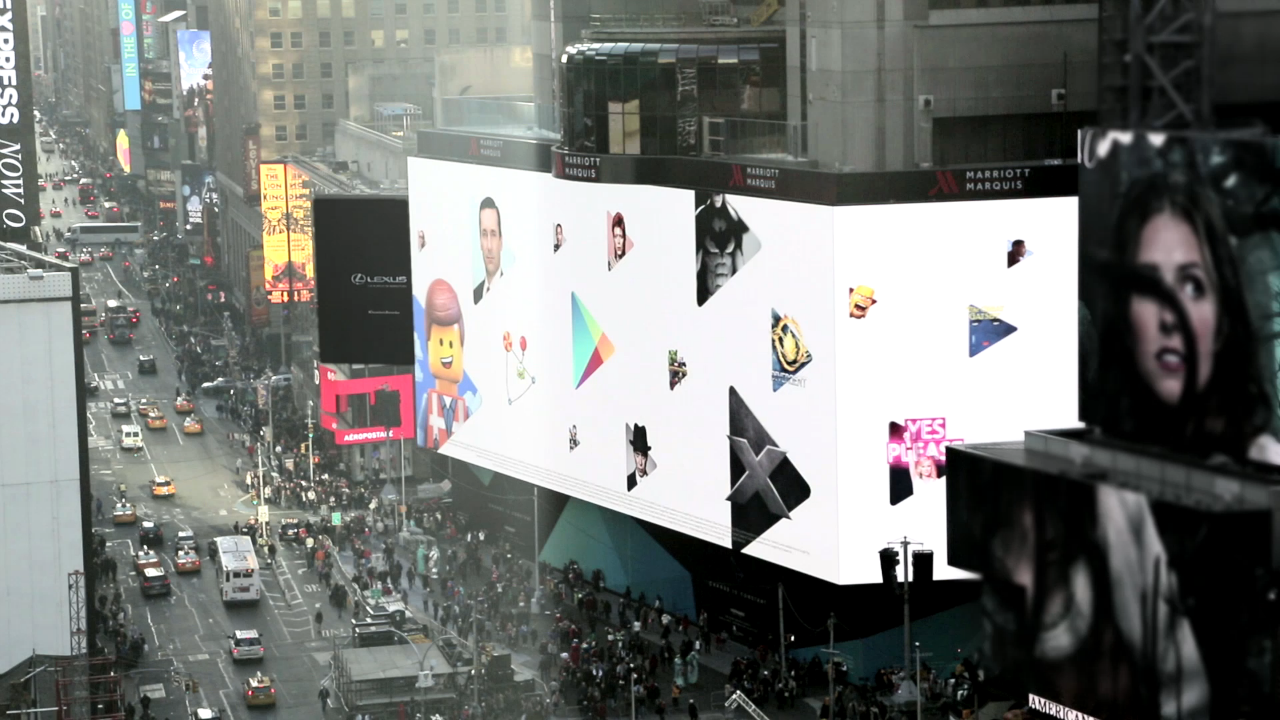 During the holiday season, BBH and Google Play lit up the largest billboard in Times Square with the help of Mill+ and director Clarice Chin.

Measuring eight stories high with a width that spans the length of a football field, it's the only billboard to cover an entire city block. Chin spoke to us about the elements that went into the huge project: "We've worked on Google Play projects with BBH before, so we had an existing trust that made the process flow really easily. The difference with this project is it was the first time working in such a massive format. We had to take the size alone into consideration: the resolution would be different, render times would take longer and, in general, we had to allocate a lot more time."

The design team was able to take the brilliant variety of prisms they had created previously and put them toward the billboard project. "It was all a matter of communicating what Google Play is by showcasing the prisms we'd done for the commercials and appropriating them in a different format that would make people stop and try to figure out what they are. We had lots of fun creating the full-screen moments for each vertical, especially with Batman. And it's always a wonderful experience working with BBH."

Chin previously directed the exciting logo commercial, 'Play Your Heart Out', plus the animated prism spots for 'Lord of the Rings' and 'The Hobbit.'

For an in-depth look at the Times Square takeover, check out The Space Between.