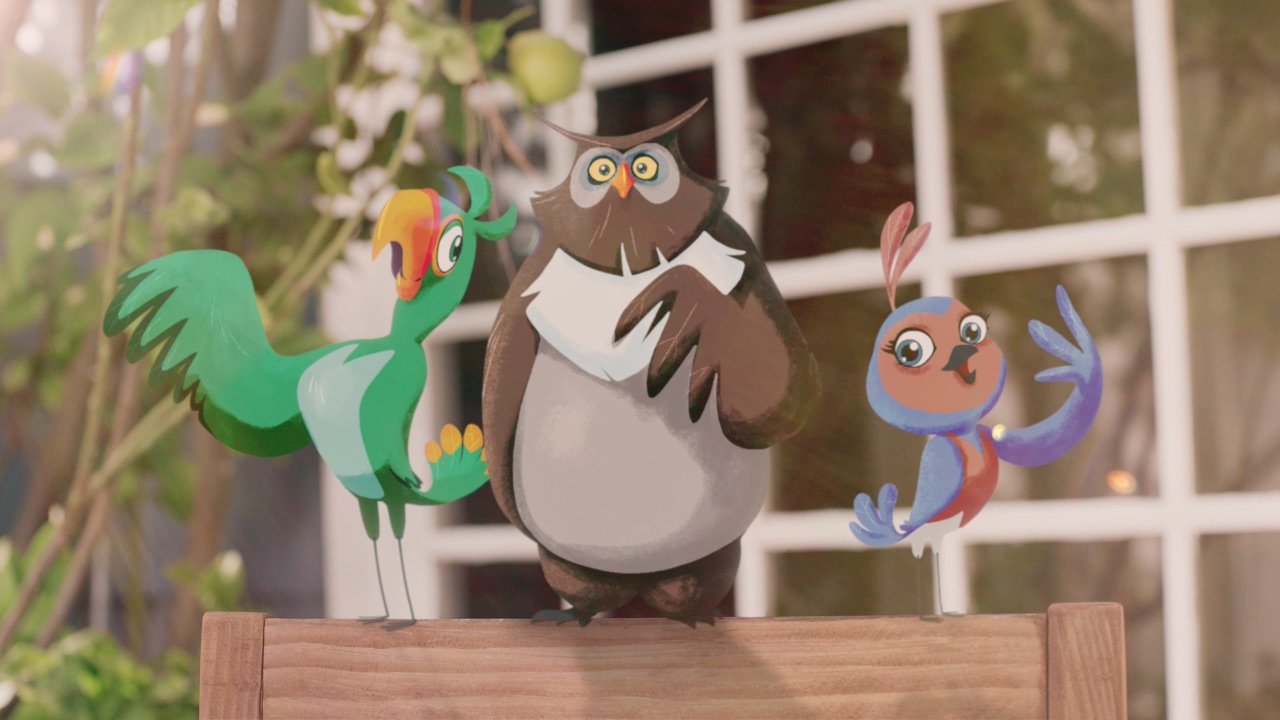 ‘Smarter Birds’ depicts parents reading and playing with their children while three lively feathered friends glide and swoop from frame to frame. The birds represent the three foundations of First 5: talking, reading and singing.

Lisha says, “We had to look at the birds as a cast; they all had to complement each other. Fraser was great about providing us with a vision about their personalities. Bruce [Dundore, Fraser’s Creative Director] even created a character poem for each one!”

Once the birds’ identities were set in stone, The Mill’s design team embarked on a meticulous animation process. Done mostly in Flash, the spot was cel animated and hand drawn, frame by frame.

The characters were then woven seamlessly into the live action footage, a process led by 2D Lead Artist Tom Van Dop who applied light effects, contact shadows and lens flares in addition to painting out the highlights. Lisha comments, “The details in the compositing played a vital role in this piece. Tom did a great job augmenting existing elements while adding new ones as well.”

The icing on the cake: the cheerful audio track, whose inescapable lightheartedness was a suggestion from Lisha – a ukulele player herself! 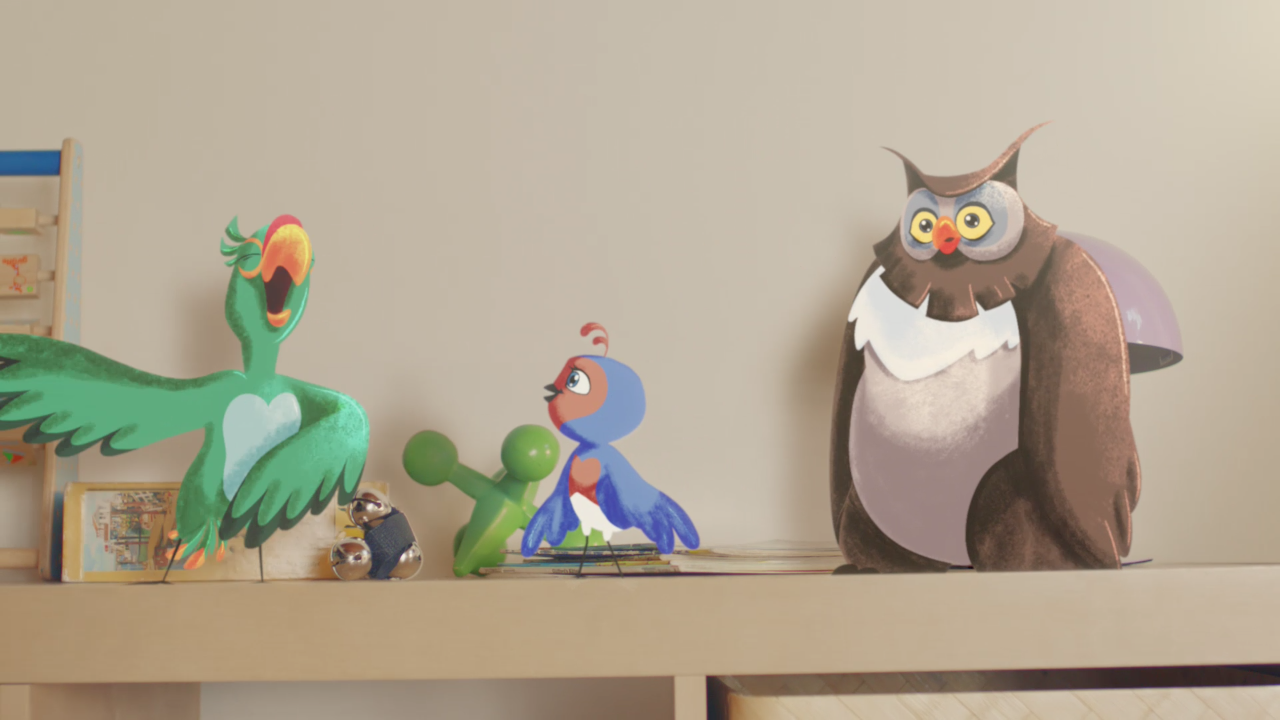 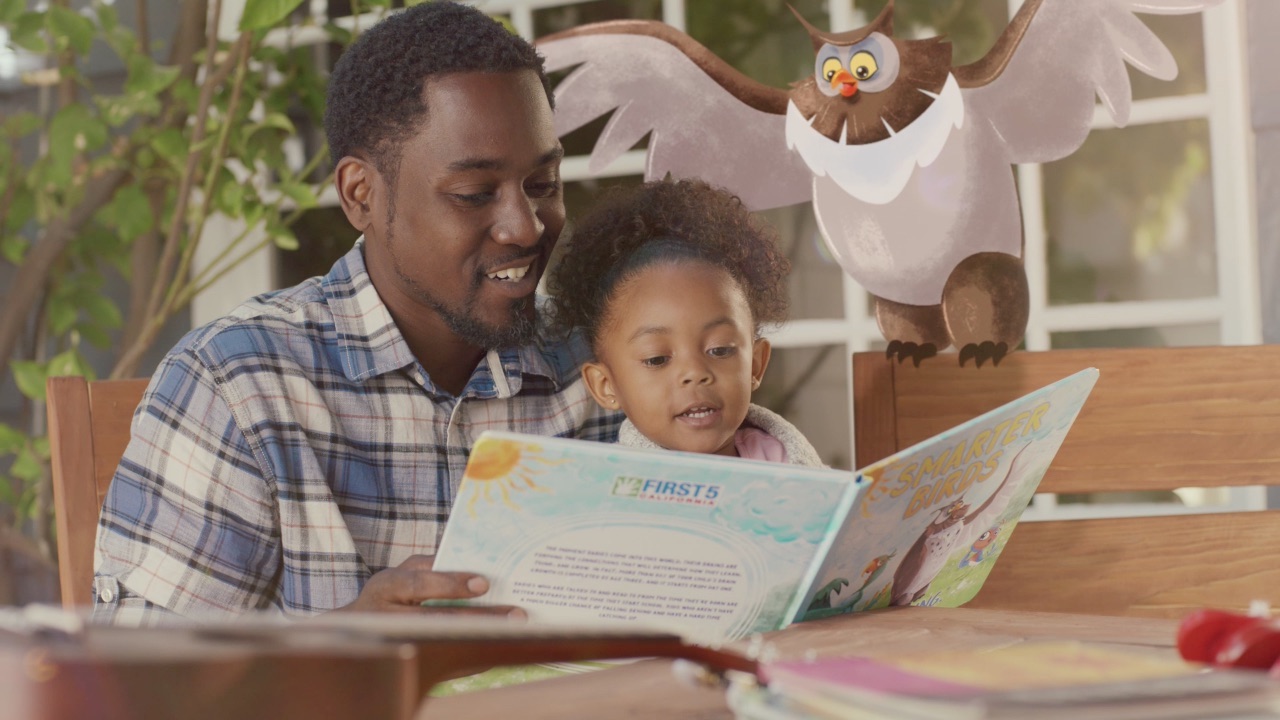 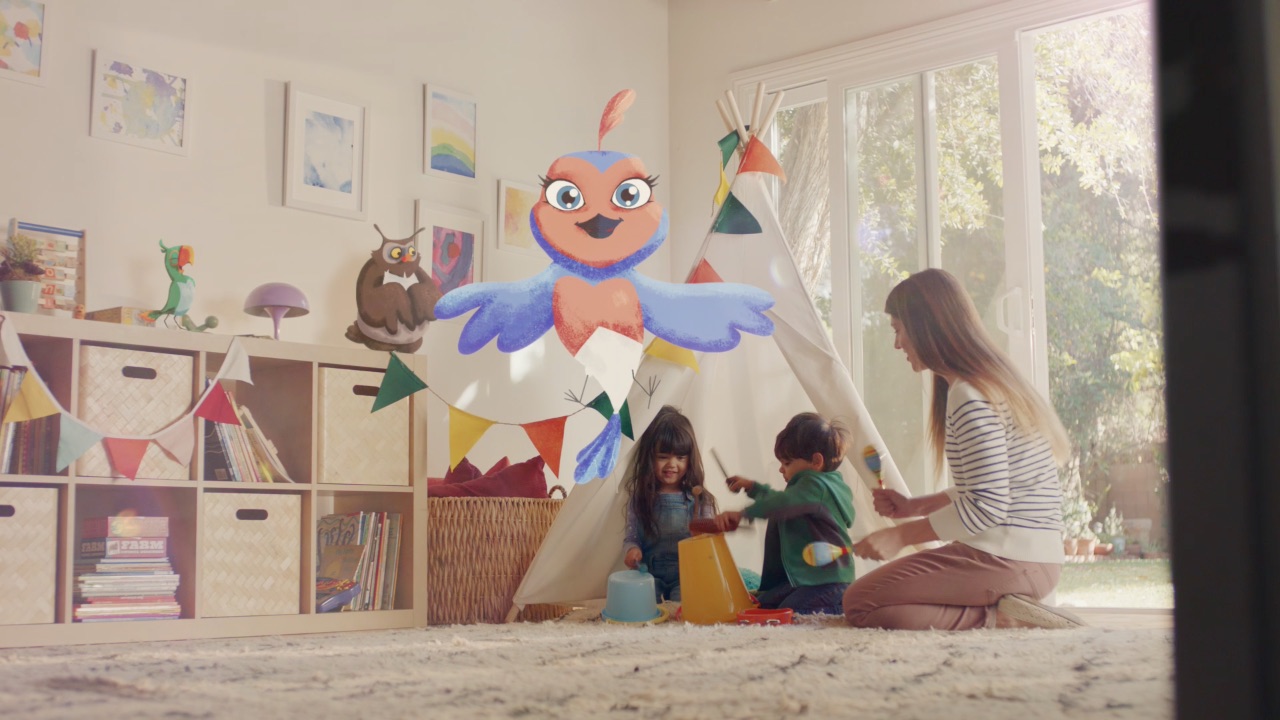 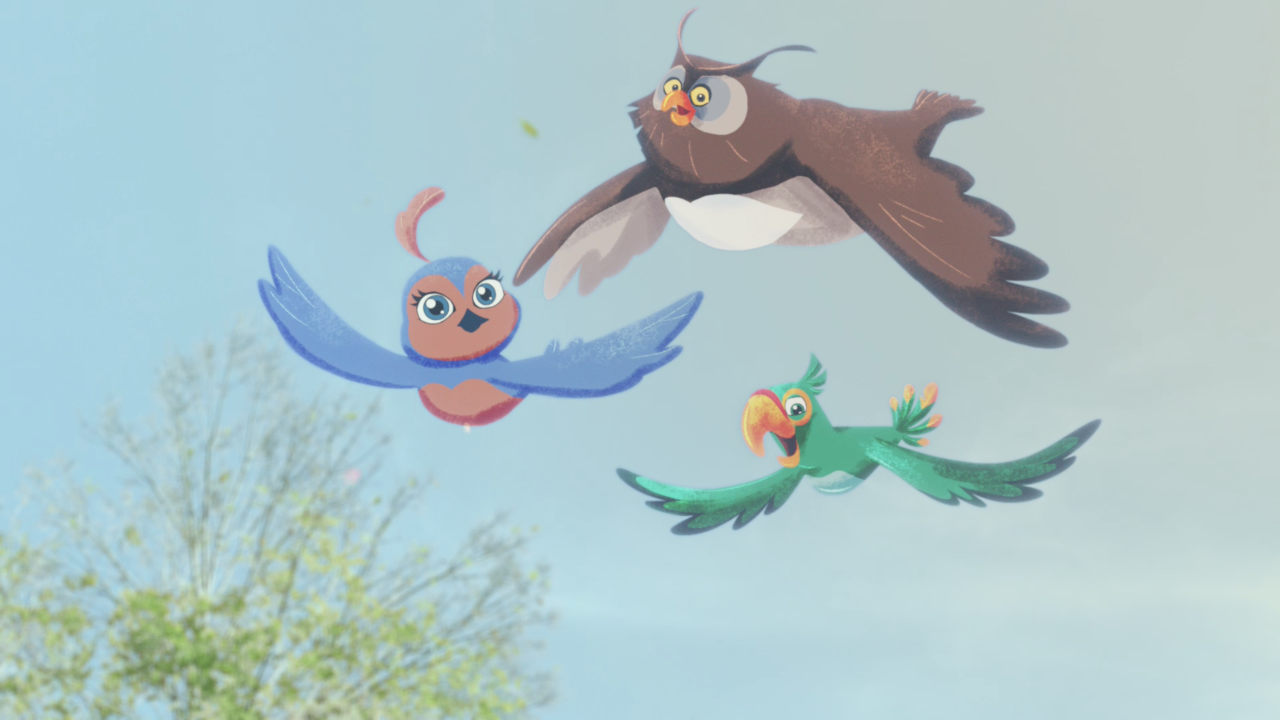 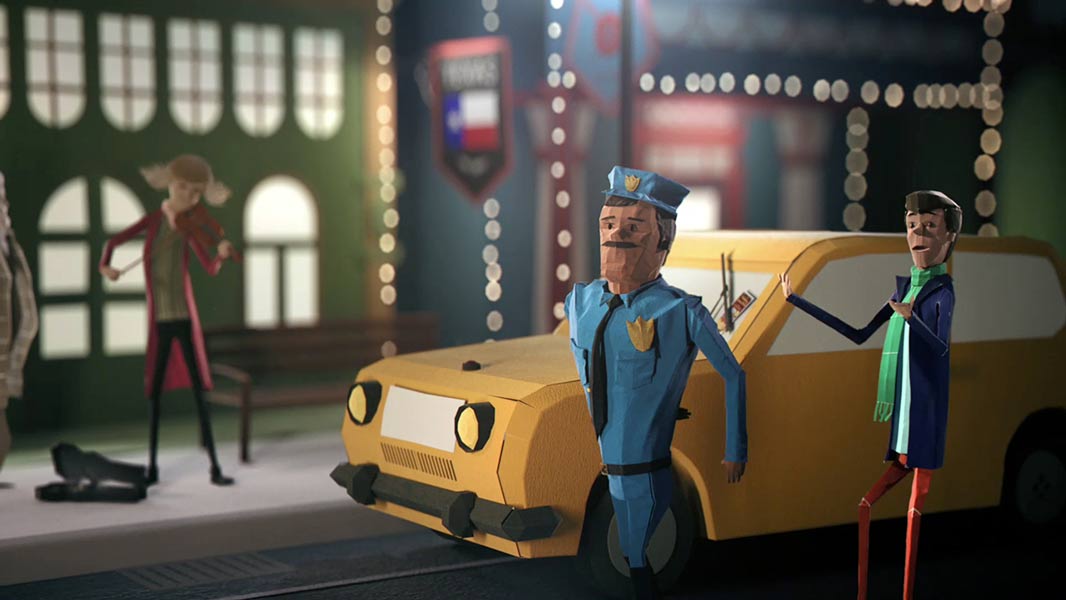 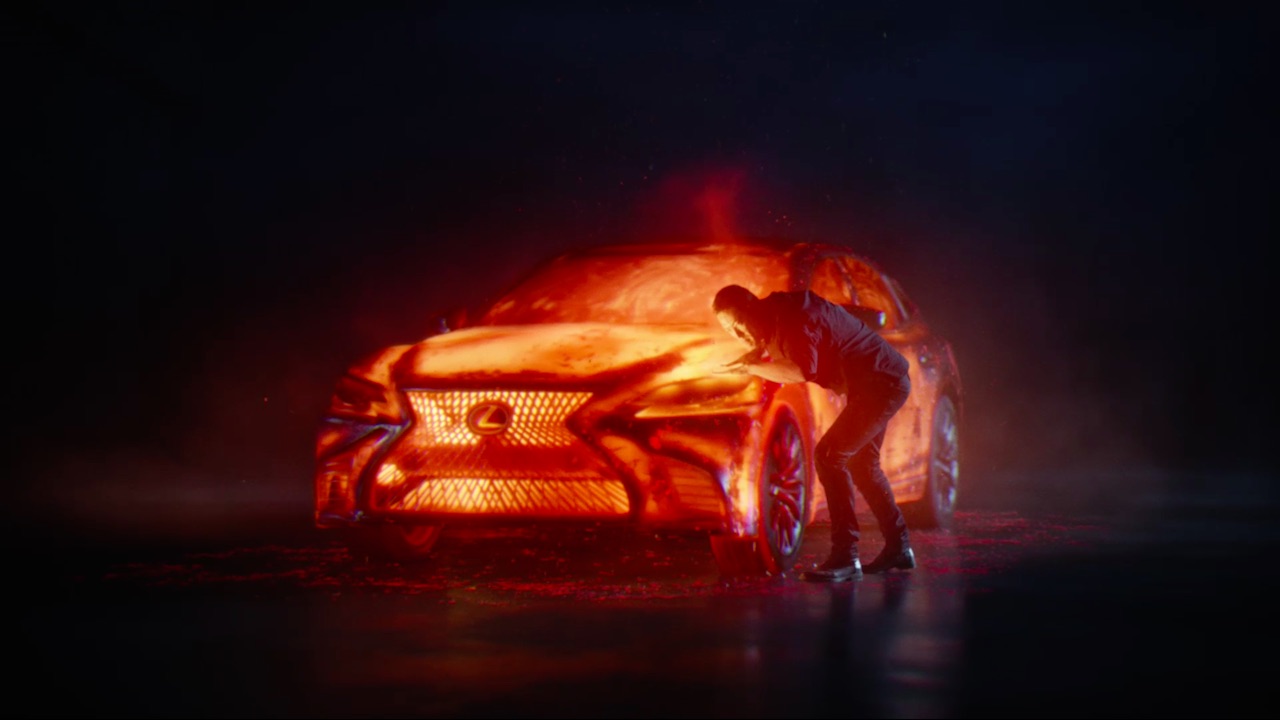