Next Level
Back to Search Results 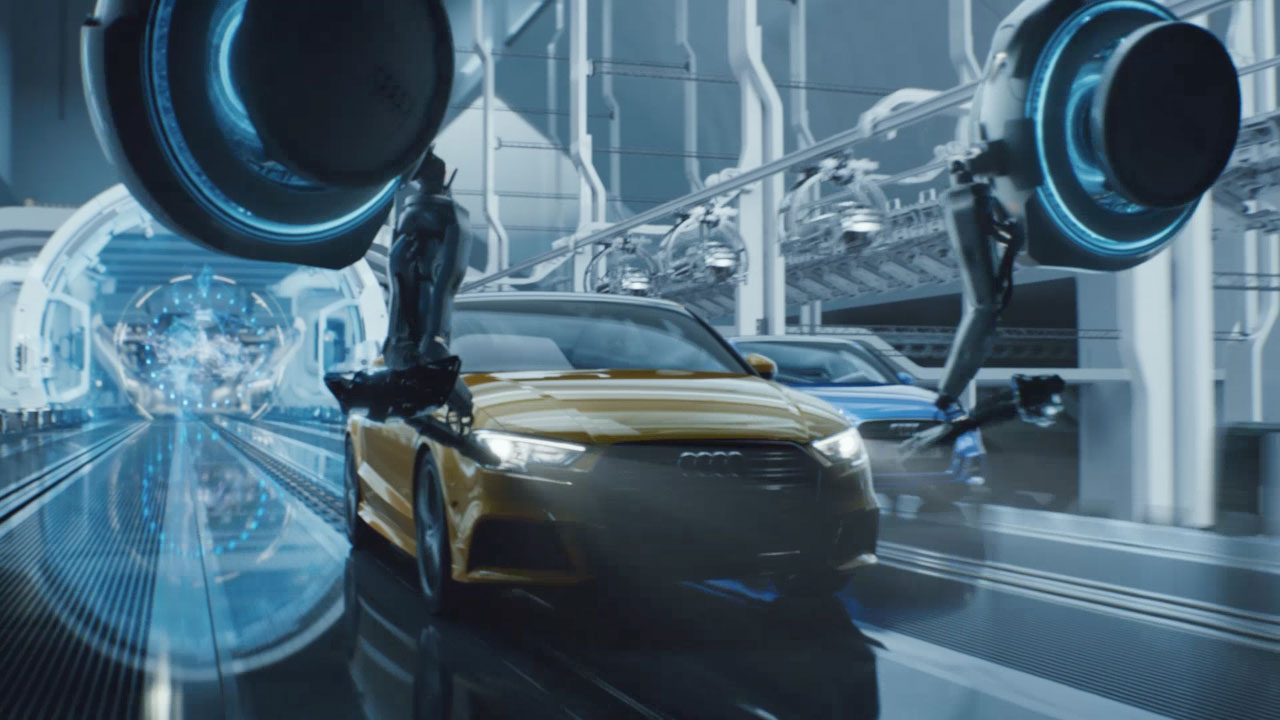 Share
Playlist
Read MoreRead Less
The 45-second spot marks the launch of Audi’s new A3 range, showcasing it in a bespoke futuristic setting. Viewers are transported to the ‘Audi Smart Factory of the Future’ where we see two versions of the car, one yellow and one blue, racing one another through a series of mechanical landscapes.

Directed by Mill+’s Andrew Proctor, The Mill’s 3D team carefully crafted the cars and environments entirely in CG whilst maintaining a strong sense of realism, allowing the viewer to feel truly transported into another world.

Mill Producer Justin Stiebel comments; “It was a pleasure as always, to work with Thjnk and Audi on this exciting brief. The campaign provided an opportunity to build on an already strong relationship pushing the boundaries of what had been achieved creatively in Audi ‘Birth’. Andrew and the team demonstrated a clear understanding of Audi’s vision, which is evident in the final result. Huge credit to all involved and I look forward to seeing where this relationship heads next”.

Mill+ Director Andrew Proctor explains; “I was instantly drawn to the project as the brief was to create something never seen before; an Audi factory of the future.

I love creating worlds; something new, something exciting and I really liked the tone that Heiko and the team at Thjnk were aiming to achieve.

Creatively, the job was to build a world that is believable and instantly very ‘Audi’, but one that is slightly futuristic. The technology is tangible and realistic, but everything is just pushed that bit further and is that bit more intriguing.

I was thrilled to work with Audi again after completing Audi ‘Birth’ last year, which was a seminal project for myself, and for The Mill. I was keen to delve into 'Next Level' and develop what we had done on ‘Birth’ but on a much bigger scale.”

Mill VFX Supervisor Mike Chapman further explains; “Our main task was to bring realism and life to the multiple, full CG environments that housed the action throughout the spot. Not only did we have to faithfully recreate the two Audi A3s that our protagonists drove and ensure they looked and moved realistically, but this also had to be backed up by the world around them.

We based the shading of the cars from real world references taken on set and adopted a similar approach for the environment, helping to ground even a futuristic space in some sort of reality.

We started building the environments by using a technique called 'Kit Bashing', which creates a mass of different elements that can be put together in many different combinations. This helped us to create the visual density in the environments. Once a rough layout had been done, this was then passed back to­­­­­­ The Mill’s animation, look development and lighting artists who refined the camera angles, the movement of the car and set the mood in each environment through lighting and texture.

Due to the amount of models in each scene, the size of these were so large that it meant we had to carry around a lot of data. This challenge led to a new approach using 'Mill Procedural'; an in-house tool that carries a proxy of the model you want in your scene and only loads it when needed during rendering. Instancing this enabled the team to edit, load and save the scenes a lot faster, ensuring that each scene creation was more manageable and efficient”.

Part of The Mill’s project brief from Thjnk and Audi also included the development of a bespoke gaming app; The Mill’s first collaborative mobile app for a TVC launch. The app, created by The Mill’s Product Development Team, allows users to compete for high scores with other drivers from across the globe as they undertake a number of unique tracks using a customised A3 model. 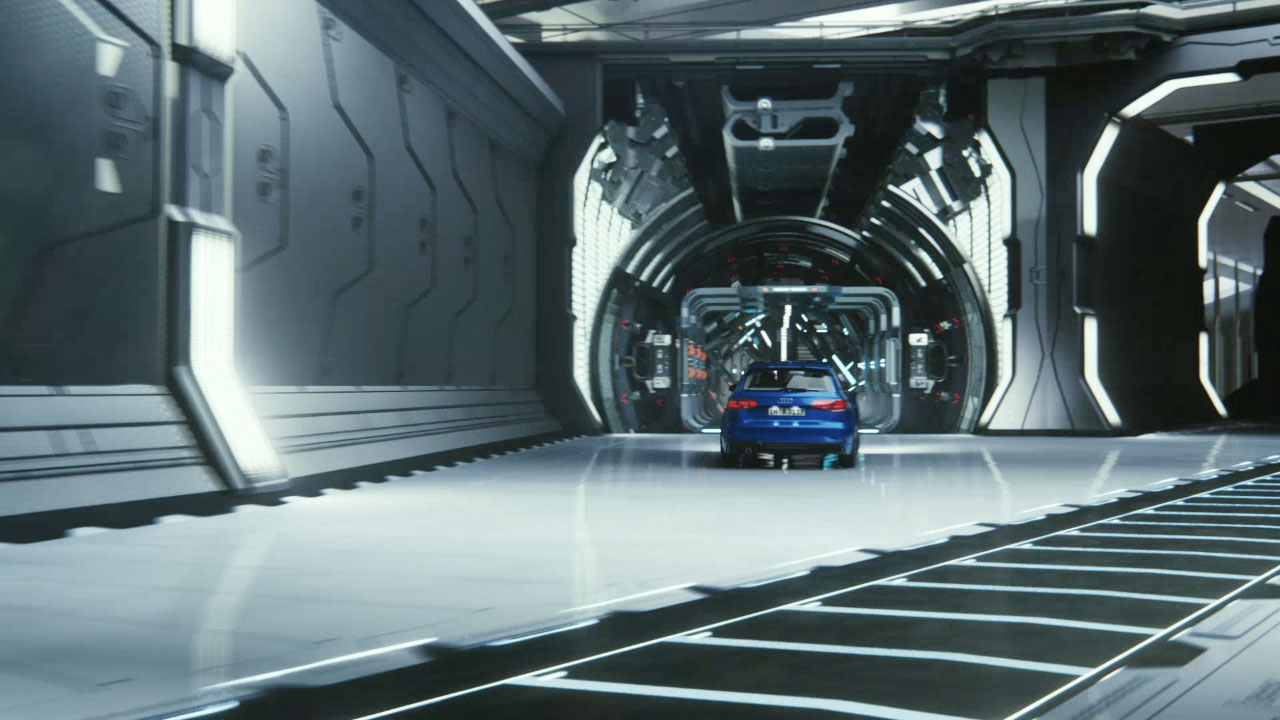 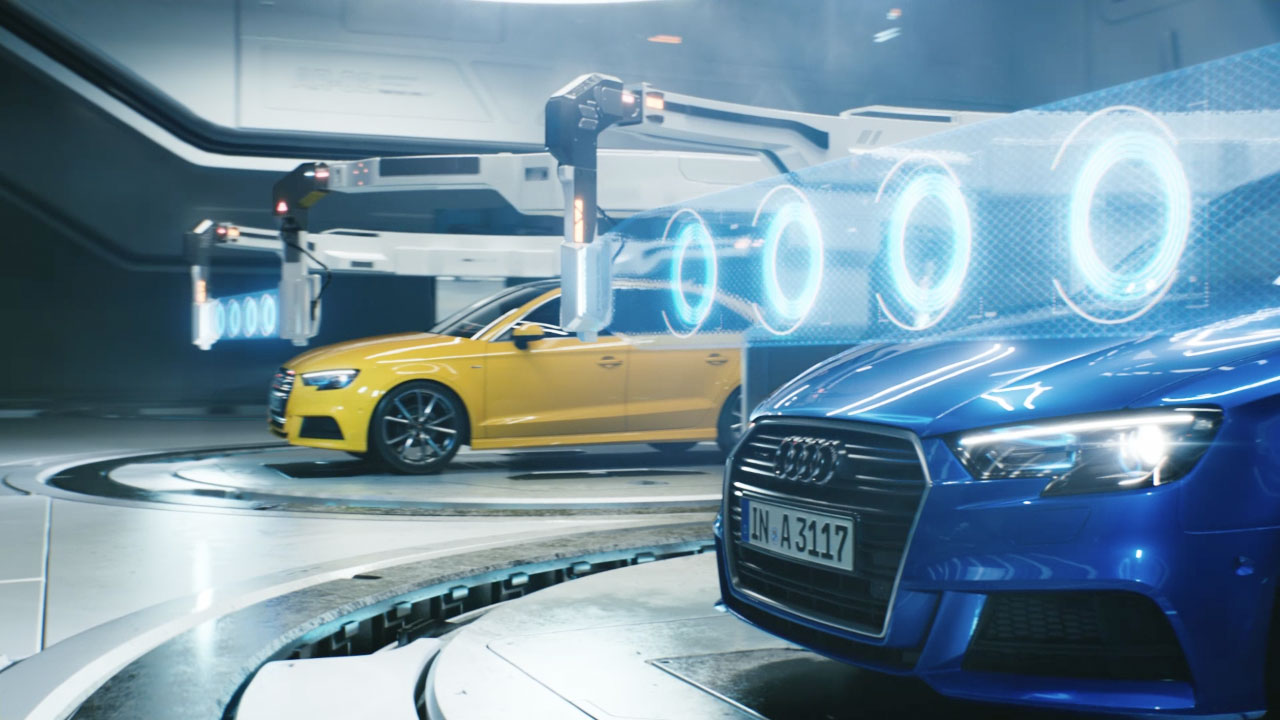 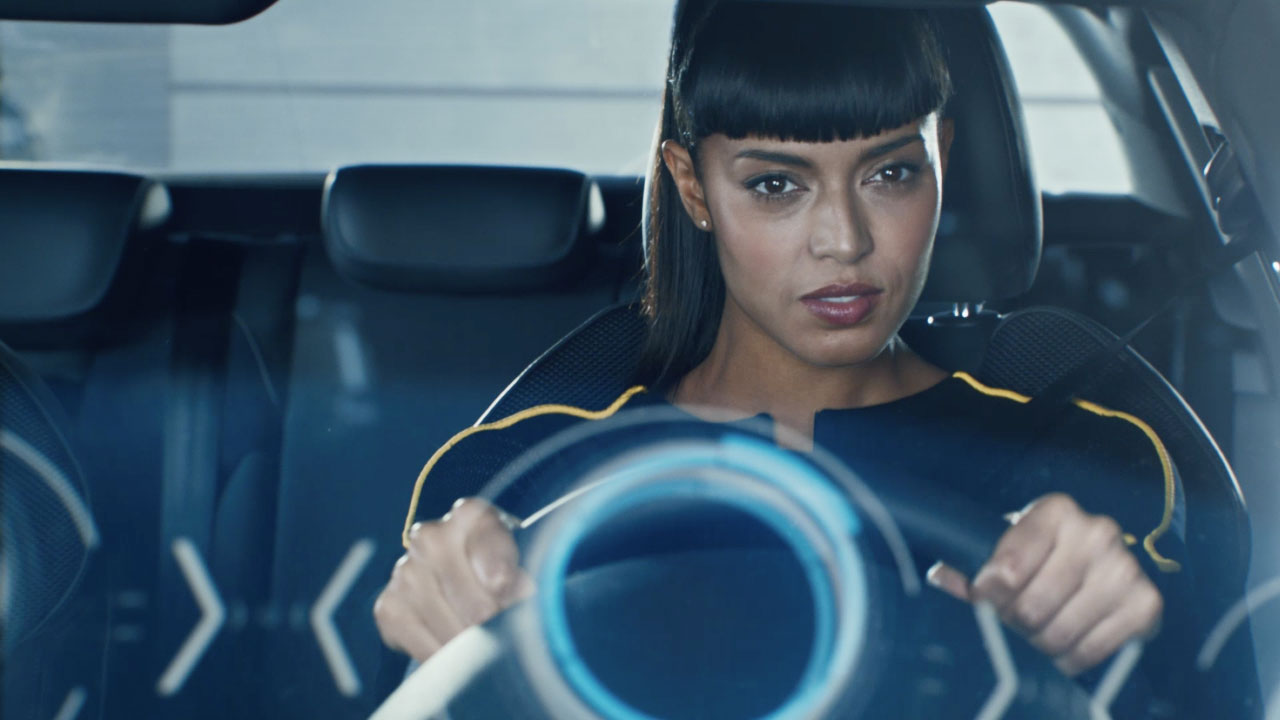 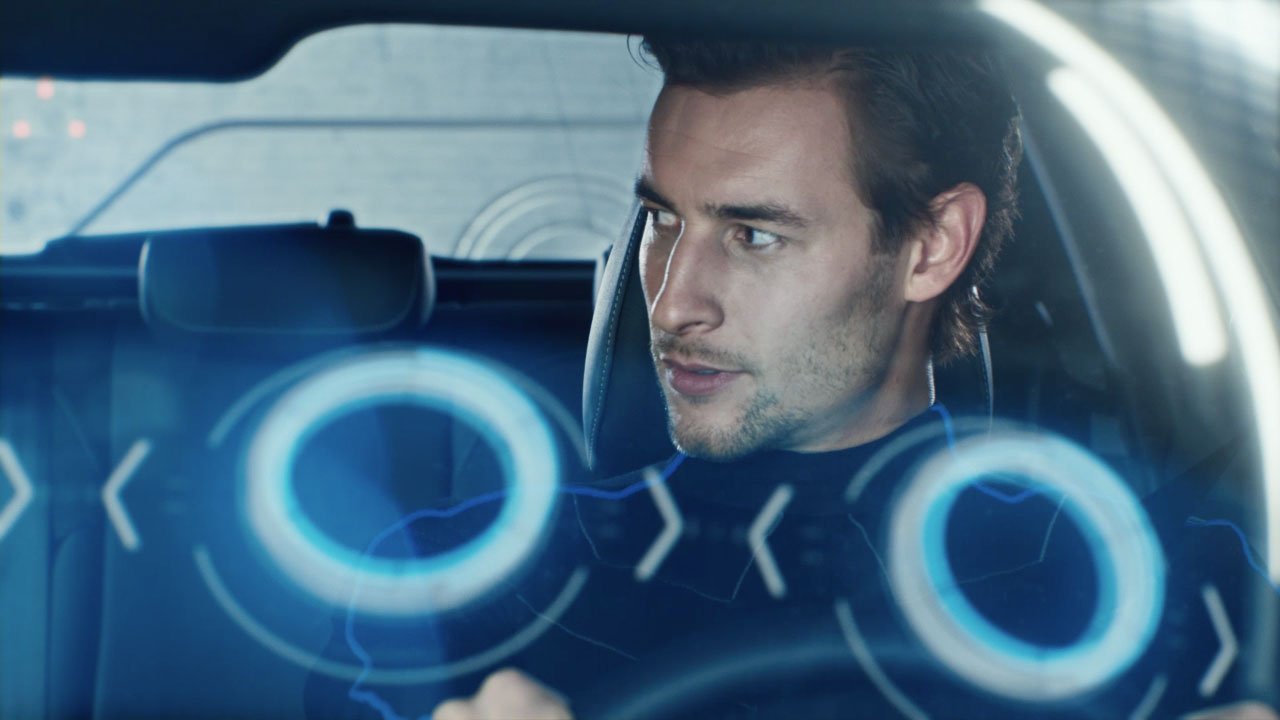 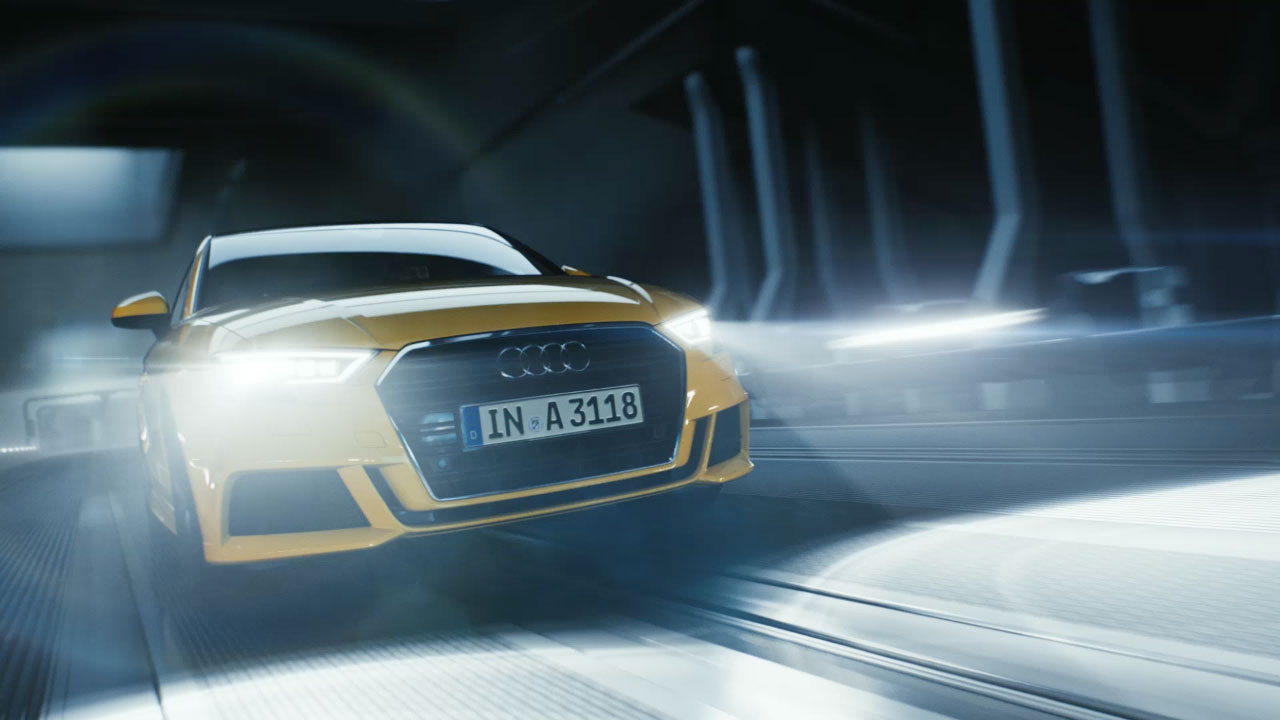 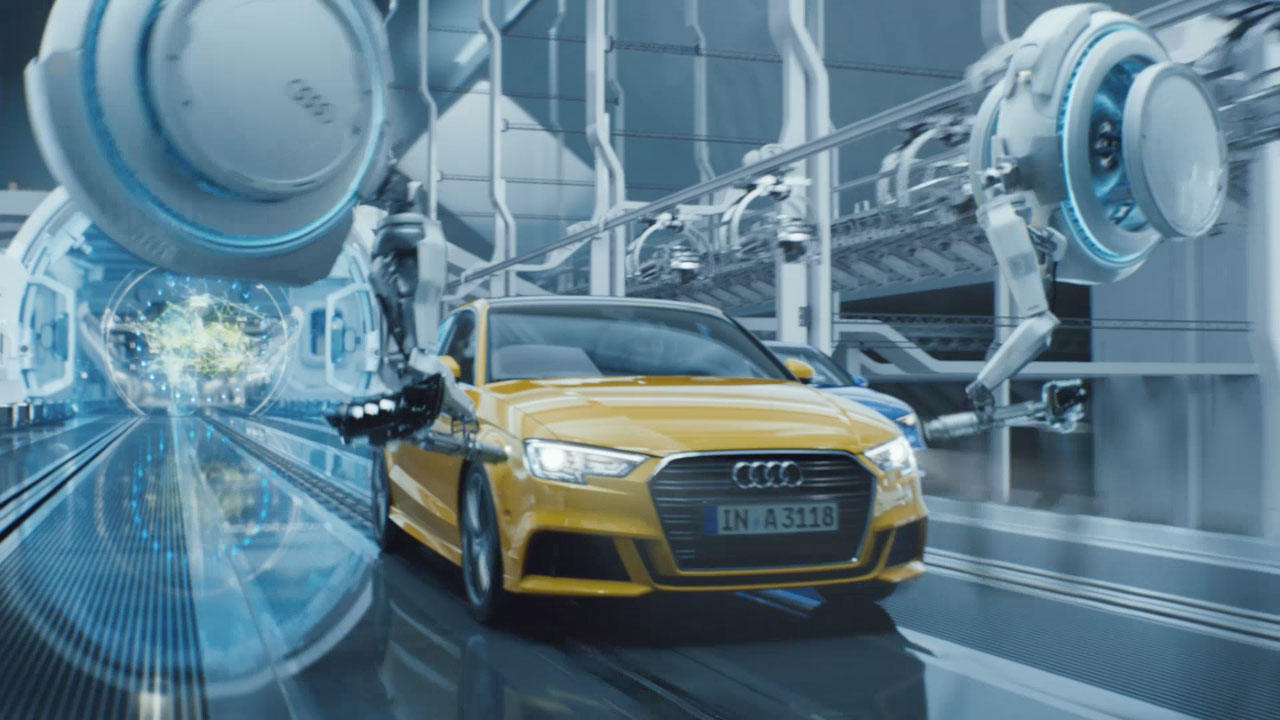 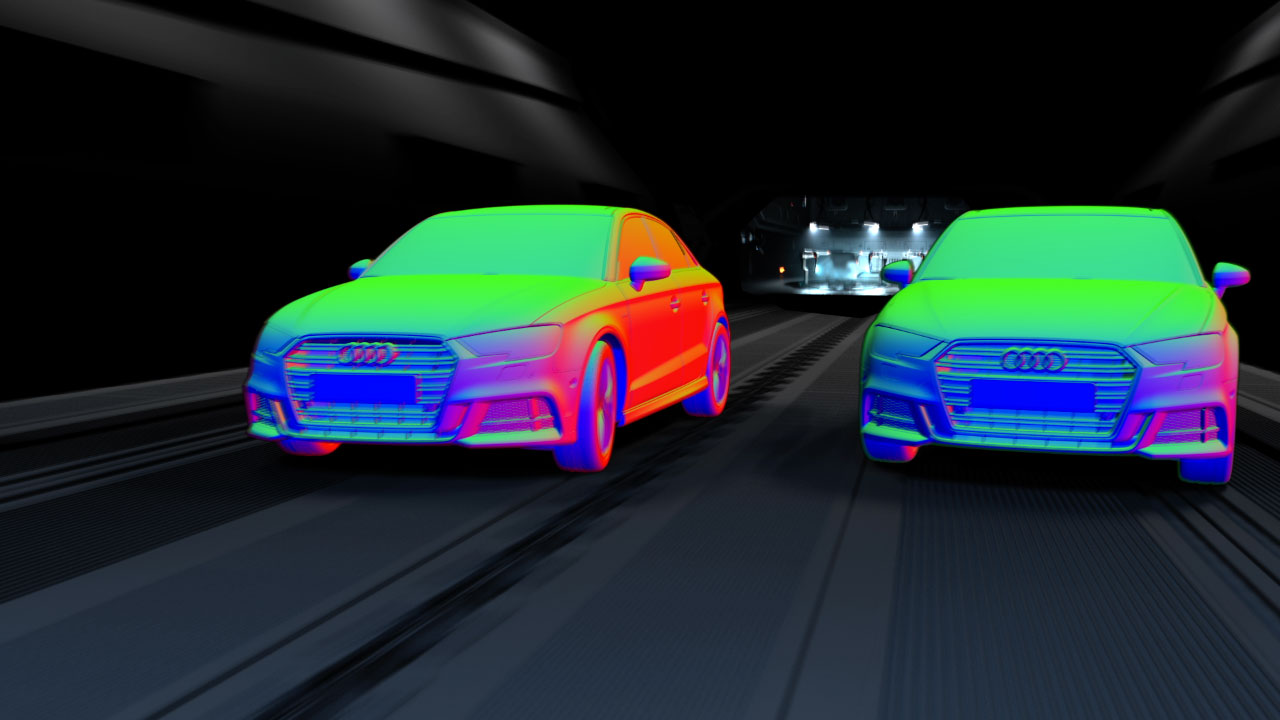