Star Wars
Back to Search Results 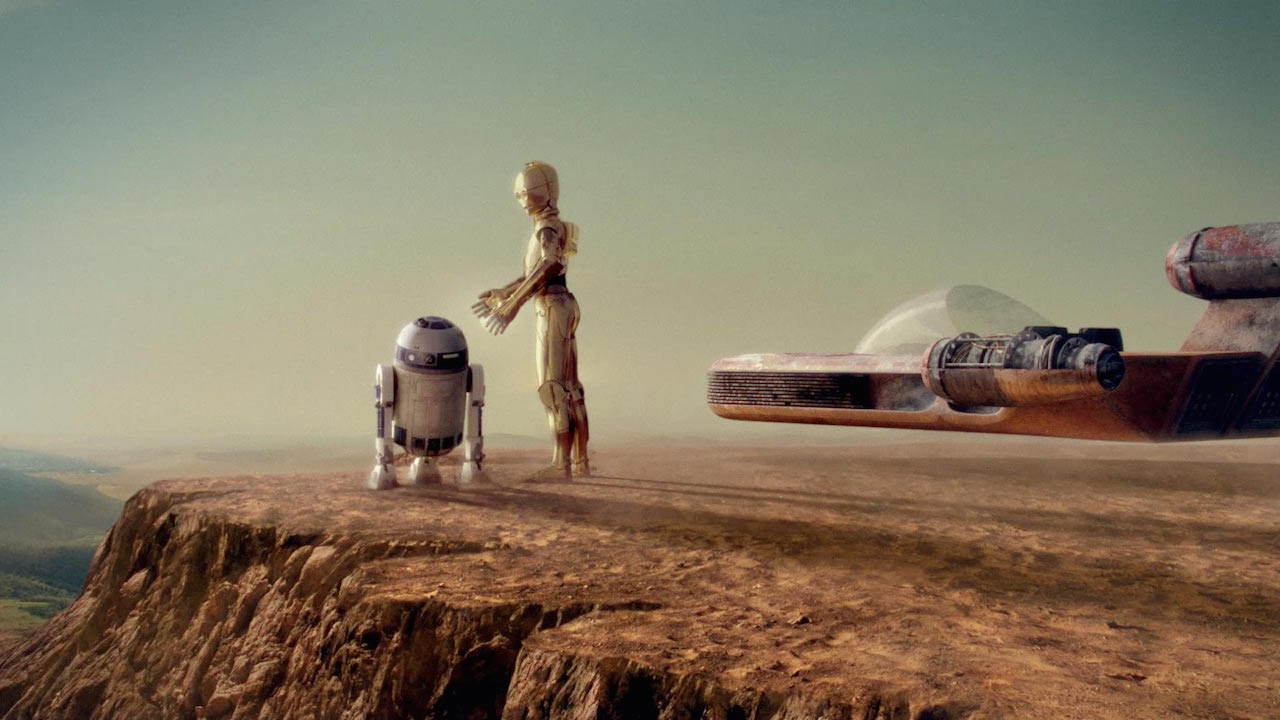 Mill+ have brought the spirit of Star Wars to life for the launch of Sky Movies’ new, dedicated channel.

Share
Playlist
Read MoreRead Less
The channel enables customers to watch the entire Star Wars Saga, all in one place on demand, alongside a wealth of additional features and programming. The initiative gives fans old, and no doubt new, the opportunity to bring themselves right up to light-speed and watch the series ahead of the theatrical release, Star Wars: The Force Awakens, later this year.

The film was led by Mill+’s Grant Berry, who along with Lead 3D Artist Fred Huergo, worked to bring the saga to life from concept through to final vision using a range of visual effects mediums. A huge breadth of expertise were utilised for the project, which was a close collaboration between Matte Painters, C4D Artists, Maya Animators, Nuke Artists and Colourists.

Grant comments, “Staying true to the current Sky Movies brand concept, we created sketches and animatics to pitch the idea of a camera travelling through five scenes, highlighting key moments of the Star Wars Saga and the fight between good and evil.

We packed the ident full of different surfaces of the planets and moons that are most prominent within the film saga, blending them in a seamless way to act as visual short hand for the many chapters within the films.”

The Nuke team worked in close tandem with The Mill’s Matte Painters to construct striking visuals using 3D projections and cards from the back forward. Layer by layer, they added background elements such as mist, clouds, waterfalls and atmosphere. This backbone set up of Matte Paintings enabled the Nuke team to further build on the scene by integrating a host of live action and 3D elements. Lead 2D Artist Greg Spencer comments, “Once we had the backbone assembled and rendered out we then split the matte paintings up into three sections; Tatooine, Hoth and Hanger.

Within these individual comps we added in the CGI from Cinema4D and Maya, as well as a host of real elements including smoke, fire, explosions and atmosphere to give the whole piece depth and scale.”

The final film was then polished with a grade by Mill colourists Seamus O’Kane and James Bamford, ensuring each element was seamlessly blended to create one, long fluid shot.