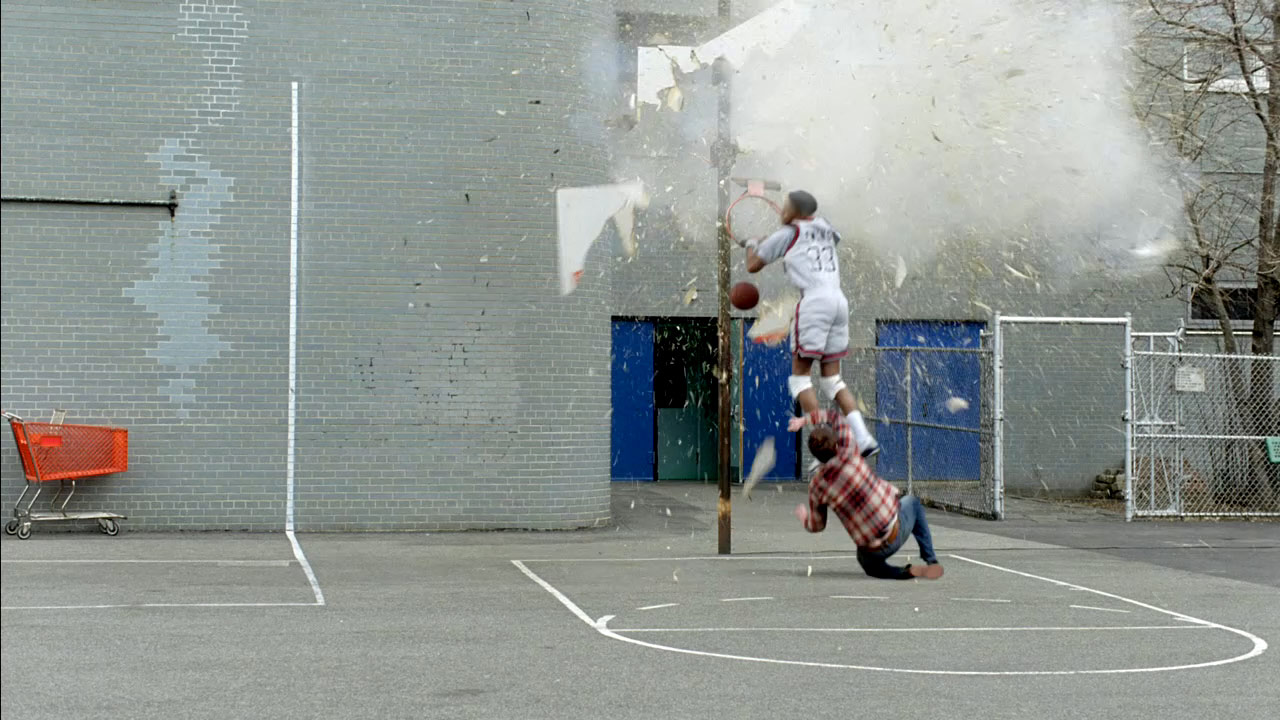 Deadpan humour pervades three 15-second Snickers brand commercials to air in the US during the Fall, 2009. The Mill New York collaborated with TBWA\Chiat\Day, NY, on this witty new TV campaign to boost Snickers chocolate bars in the US.

In Basketball, Patrick Chewing - an alter ego of Patrick Ewing, one of the '50 Greatest Basketball Players of All Time' - destroys a basketball hoop with a mighty slam dunk. The Mill's lead smoke, Jeff Robbins says, "We evened up lighting on all shots, and for the run and explosive dunking shots we combined different plates of Patrick Ewing and the man eating his Snickers bar. For the explosion we combined plates of Ewing and the Snickers guy on the ground, and enhanced it by adding falling debris and shadows for dramatic effect."

In Master P, celebrated rapper and community activist Master P inadvertently wrecks a jewellery store when his garish, oversized 'P' medallion breaks a glass display counter. Unfazed, Josh, the ultra-calm acting foil to 'Master P-Nut', calmly peels off the wrapper and munches his Snickers bar. To achieve the scattering effect of splintering glass and a smashing chandelier, The Mill combined 10 plates, including the actors, background wall, chandelier, and of course the enormous 'P' medallion.

In the Dragon spot a mildly curious modern man munches on a Snickers bar as a lumbering knight, Sir Snacksalot, gets burnt to a cinder by a fire-breathing dragon. The Mill combined different plates of the two actors, enhanced the flame and heat haze, added the smouldering ground and burnt grass effects, composited a CG dragon shadow on to the castle wall, and added the wisps of smoke rising poignantly from the knight's boots.
CreditsCredits
Agency