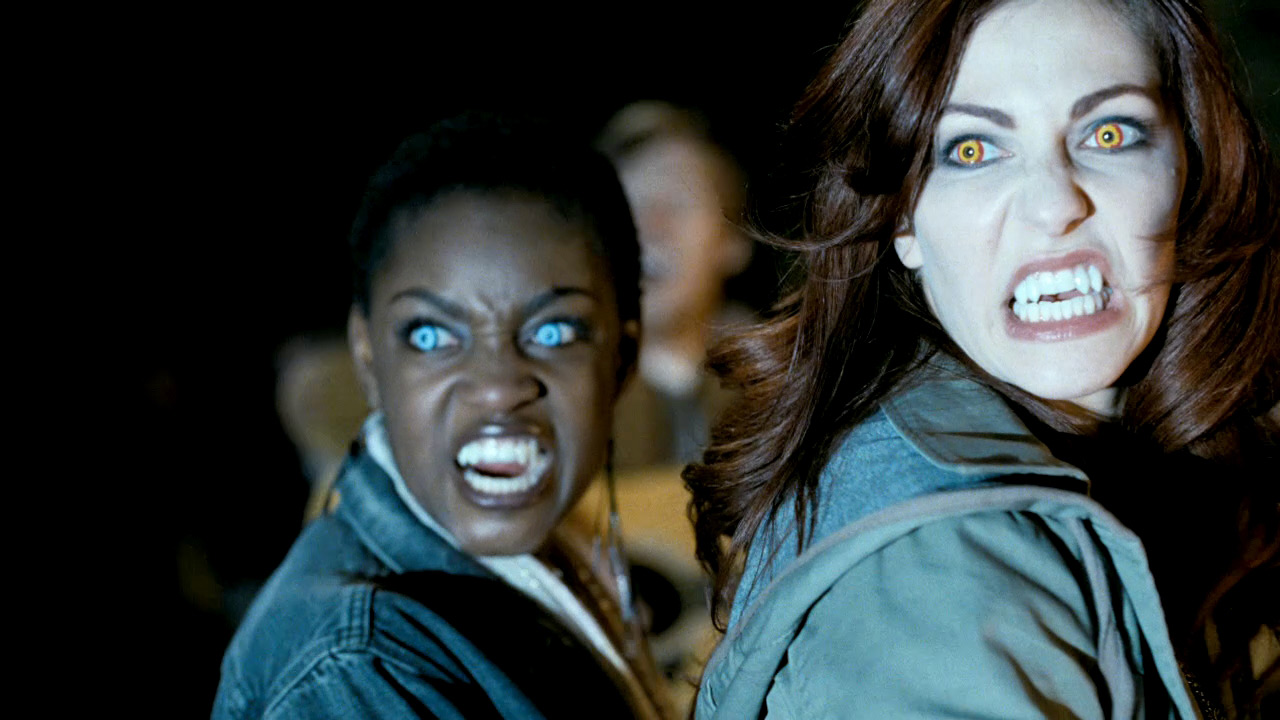 Venables Bell & Partners' Audi 'Vampire Party' begins with the earmarks of a night of revelry in the woods. A group of hipster vampires gather around a campfire with their guitars, joking around, having some good old-fashioned fun scaling trees like squirrels, when a late arrival drives up in his Audi S7, LED technology headlights leading the way like daylight. Bedlam ensues in this stylish Super Bowl spot, directed by MJZ's Matthijs Van Heijningen with VFX and telecine from The Mill L.A.

The Mill team was tasked with designing how the vamps would be obliterated and disappear from the strength of Audi S7 headlights. "We set out to keep the style cool and sophisticated like the Audi drivers," says Arielle Davis, our Head of Production. "We also knew it should be funny, like "what a drag to have this unexpected glitch interfere with our party."

The Mill team used FX particle simulation-ash, smoke, embers, particulates-and 2D compositing of flames and sparks, transitioning the design of each vampire disintegrating, in a different way that evokes his/her own individual presence.

Audi "Vampire Party" marked one of several collaborations with our Head of 2D Chris Knight and Van Heijningen, who recently directed another undead character in The Thing. Knight explains, "I knew the moment in the light should be cool, fast, traveling, burning. Each shot evolved into its own formation. It was about arriving at a look we liked with a disappearance specific to the individual vampire's formation. Even with all the vampire movies and TV shows, there was no one style referenced for our look because we wanted to differentiate ourselves and create something unique. We also had some help from 3D, with Josh Hatton leading CG and taking 'Vampire Party's' realism to the highest level."

"It's always a pleasure to work with Matthijs and 'Vampire Party' was a great opportunity to collaborate for Audi," comments Adam Scott, our Head of Telecine. Scott also worked closely with the creatives on the grade, and explains that their aim was to retain and enhance the detail and natural colors of the people and car so they stood out in the nighttime environment.

Davis concludes, "We enjoy our partnership with Venables' Creative Director Erich Pfeifer and his team-this being our fifth year working with them on a Super Bowl commercial. And it was a blast to work on 'Vampire Party' and be part of the whole vampire craze."

Echo & The Bunnymen's 'The Killing Moon' scores the spot, rounding out 'Vampire Story's' ill-fated ending. And Venables Bell gives pining viewers a chance to commiserate on Twitter by ending the spot with the epitaph #SoLongVampires.