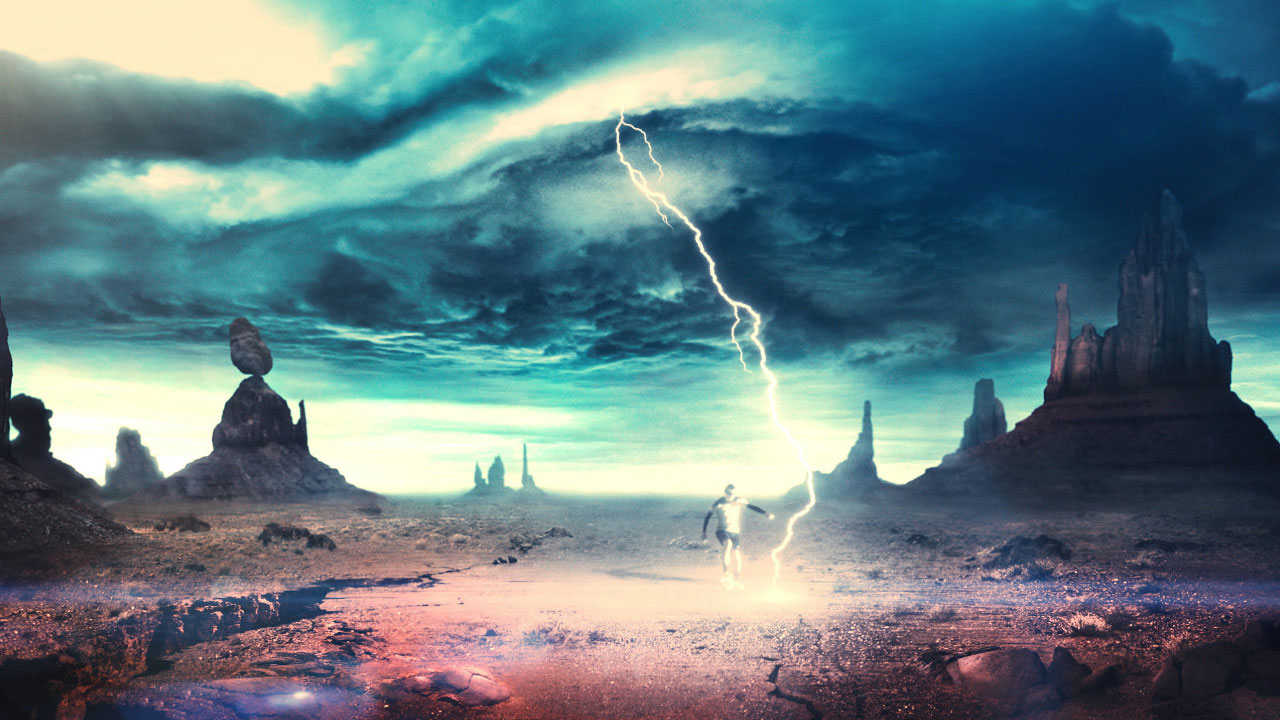 This latest Nike project created by Wieden & Kennedy and directed by Austen Humphries out of Rattling Stick, consists of three 15 second spots that make up the 'Dare to Zlatan' campaign.

Each spot features Swedish football player Zlatan Ibrahimović showing off his incredible footwork skills whilst dodging lightening, facing a Siberian tiger and instigating a volcanic eruption. Working closely with Austen Humphries, The Mill were involved from the early concept stage, creating three conceptualised and stylistic matte paintings; one for each spot. These were then used as the basis for each ad, shot in Paris and featuring Zlatan filmed against a blue screen.

The unique aspect to this project was that the post production across the whole campaign was solely completed in The Mill studio using Nuke. The team brought each matte painting to life turning them into fully functioning and animated fantasy worlds and then comping in the live action footage of Zlatan.

"From the first day we sat around a table with the creatives and Austen, we knew this was one of those opportunities that comes along very rarely. Take one amazing superstar athlete, add in an awesome creative team at an outstanding agency, mix in a director with an extraordinary knowledge for this type of work and the brand itself, and finally, come up with 3 totally insane script ideas." said Mill head of studio Luke Colson, "The finished films are testament to all of the above."

Lead Nuke artist Leo Costa comments, "This is type of project that only comes along once in a while, it was very exciting to be able to push the boundaries and create something incredibly unique and stylised. When I look back at the results, it's hard to believe what we started with. Zlatan was lit in a studio environment and we were tasked with coming up with how he would sit within the surreal worlds we created. We started by collaborating with the matte painting team, who designed three fantastic landscapes, then it was all down to the compositing team to bring each spot to life.

For 'Volcano' our comp team hand animated lava and added all of the explosion elements, sun flares, embers and even lens dirt. The biggest challenges were the wider shots, we had to create detailed geometry in order to project the matte paintings, allowing us to create a camera movement that followed the football towards the volcano.

For 'Tiger' our team worked tirelessly to integrate the life action tiger, which was shot on green screen and the matte paintings were enhanced by adding the movement of cg particles, snow, mist and fog."

Lead Nuke artist Georgie Ford adds, "The fantastic thing about this project was how creative we were able to be and how fun and equally different all 3 spots were. There was so much to play with and the whole team enjoyed testing things out and really pushing themselves to the limit to get the best out of the project.

For 'Lightening' we had to create a turbulent and stormy sky, this was done with a combination of footage of clouds and grid wrapping them to create a slow swirling effect. We then needed to create lightning, which could interact with the matte painting. This was hard at times due to there being no practical lighting from set, so we had to manipulate the live action footage in order to create the desired effect. Dust particles created in CG also helped us bring the dry land of the matte painting to life."

The three online spots are also accompanied by a digital campaign being led out of Wieden+Kennedy London as well as being featured on Youtube, Facebook & Instagram.