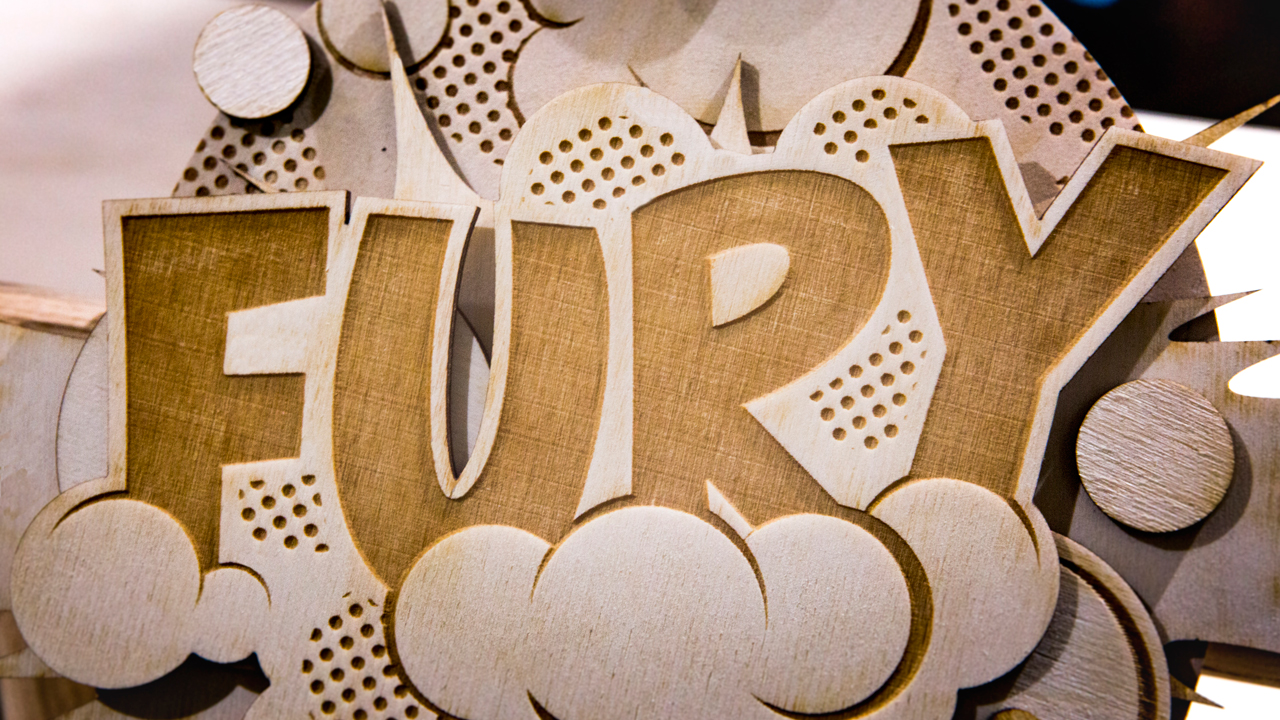 ‹ Back to List
November 10th, 2016
Share
The Art of Ping Pong is a collaborative art concept that sees a selection of the most exciting and influential artists (both established and up-and-coming) unite in a bid to create uniquely designed ping-pong bats, which are then auctioned for charity.
2016’s TAOPP was held at East London’s 71A Gallery between November 3rd-8th and, after three years of supporting the BBC Children in Need, this year the chosen charity was the Alzheimer’s Society. It was a lively and vibrant night, with photographer and filmmaker Tara Darby on hand to provide the music, and a curated playlist from art director of The Wire magazine Ben Weaver. 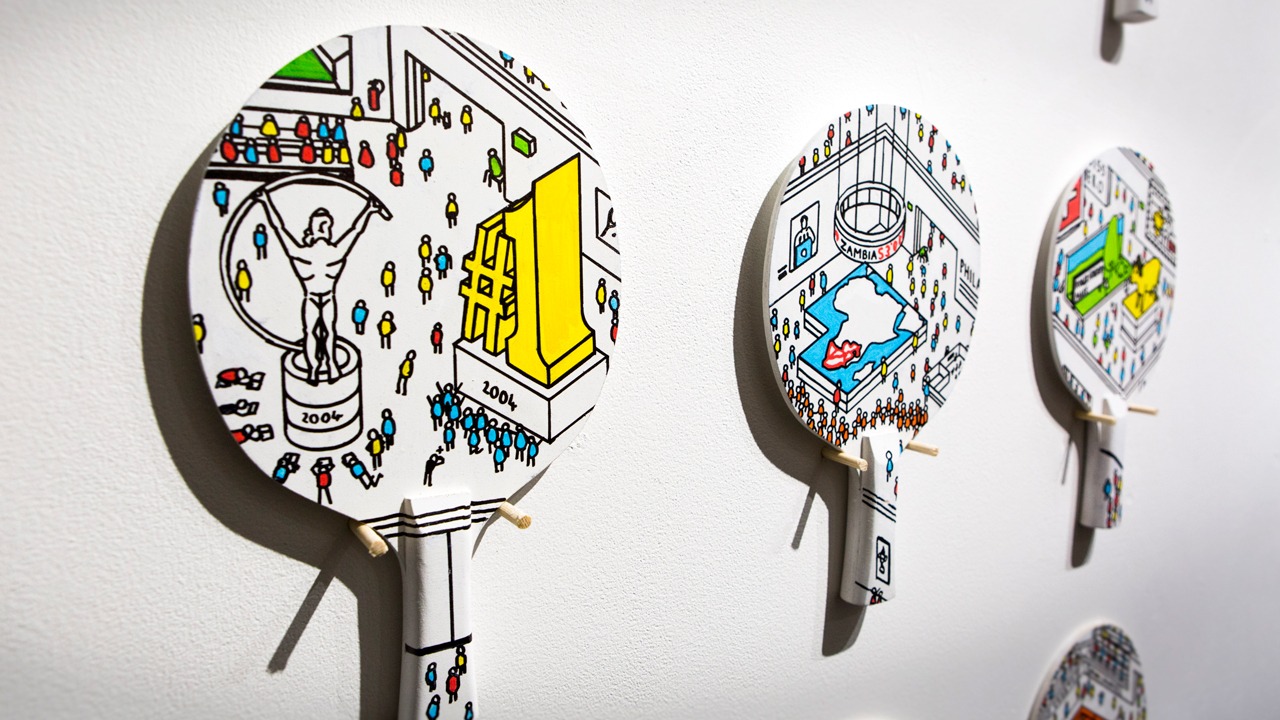 Guests, in between admiring the incredible works being auctioned, were invited to get their game on and try their hand at ping-pong themselves in a 3-a-side set up, played on the table generously donated by T3 Ping Pong. In true party style, the classic game of ping-pong later developed into the organisation's very own version of beer pong, named ‘Art Pong’ where some Art of Ping Pong goodies were up for grabs. 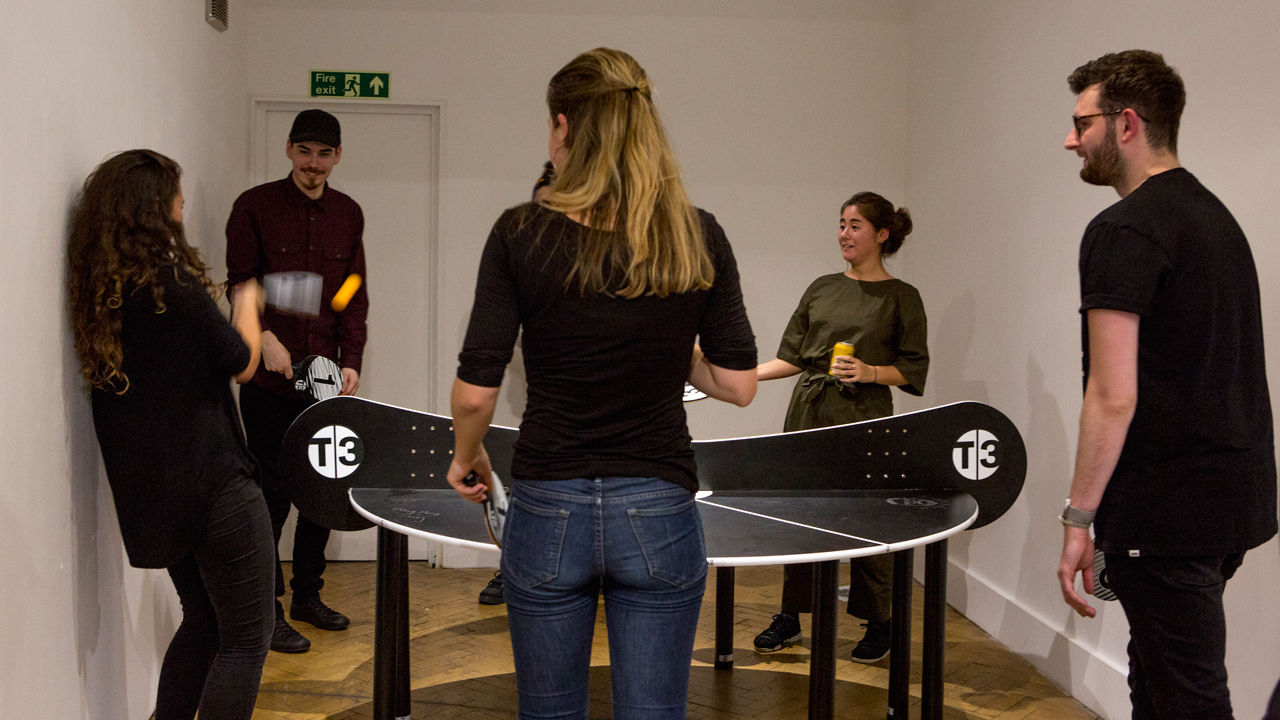 Some of this years works came from the likes of Nylon Sky (the UK independent jewellery and accessories brand) and Thierry Noir (one of the first artists to paint the Berlin Wall), and satirical sculptor Wilfrid Wood. 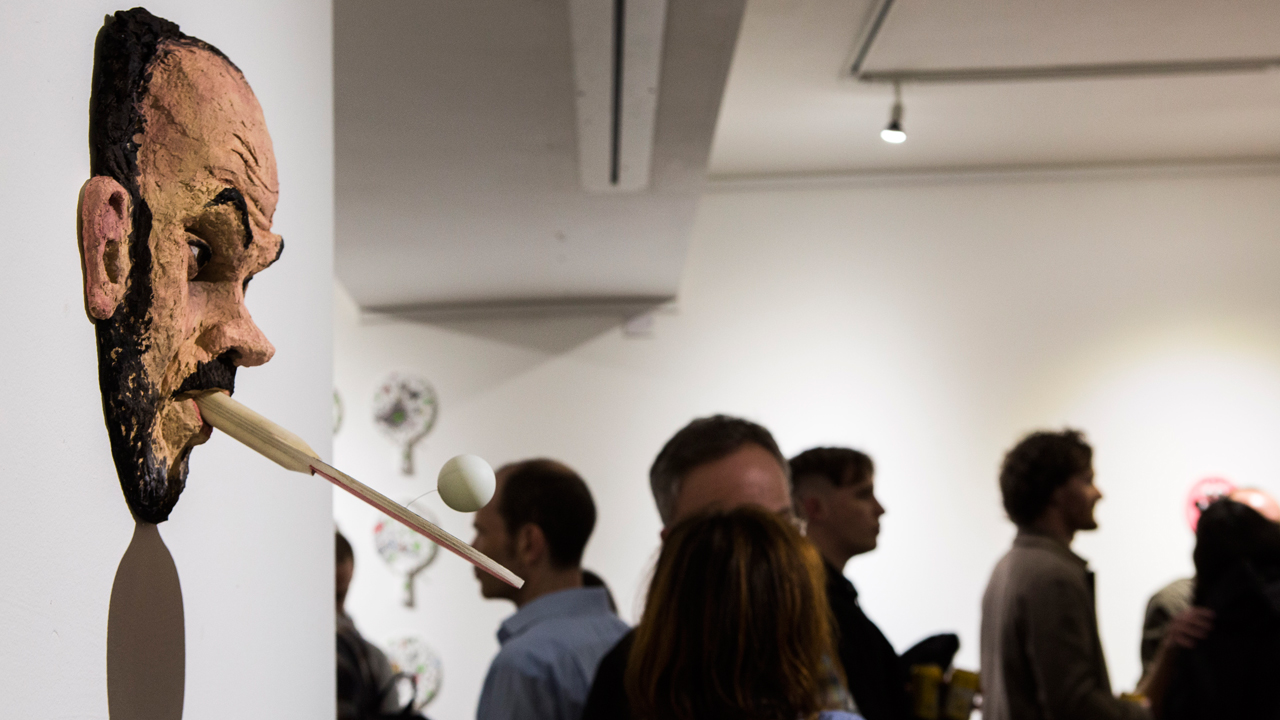 This year’s list of artists also included Mill+ Director Phil Robson, known as FILFURY, whose design was created using a laser to cut layers of wooden plywood. The design is characteristic of Phil’s bold and graphic art works, which are heavily influenced by his 90’s childhood. The ‘FILFURY’ bat went for a final price of £181, after 60 competitive bids. 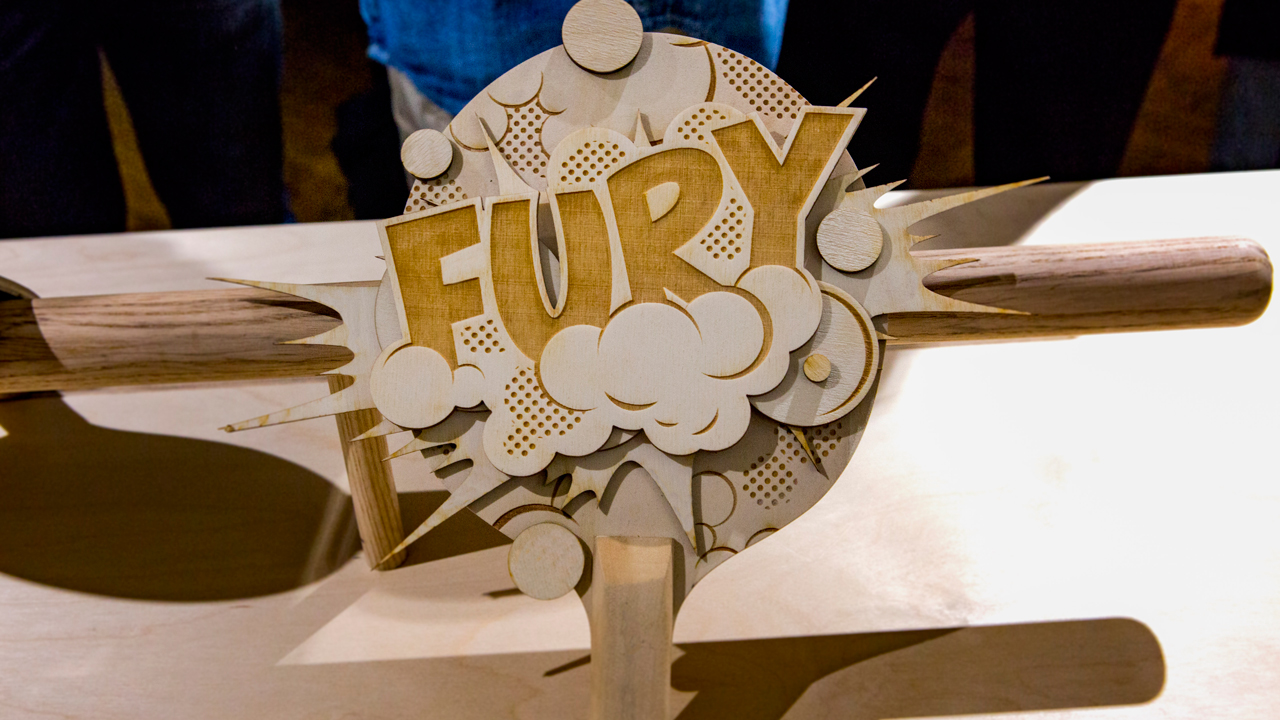 Phil is a British artist, designer and director known for his bold and graphic art works- which can be viewed on his website here.
Of the Art of Ping Project, Phil says; “I like to re-purpose form and paint with contemporary textures, creating bold and graphic works. My 90’s childhood has always been a heavy influence on the work I create. As a child I was into 90’s hip hop, UK garage, and had a definite addiction to sneakers and sportswear, something that reflects itself in the projects I take on and my own designs.”

Also added to the auction this year was the ping pong table from this year’s Art of Ping Pong launch night on November 3rd, that was signed by several of the other artists, and donated by T3 Ping Pong.
The bidding for all bats ended on November 30th, with the total sum raised across all adding up to £6,650, £1,892 more than was raised in 2015.

Visit the Alzheimers Society, and see what the proceeds help do.

The bats featured in this years exhibition and auction are available to view here.

To see more of Phil’s work and latest projects, check out his Instagram.