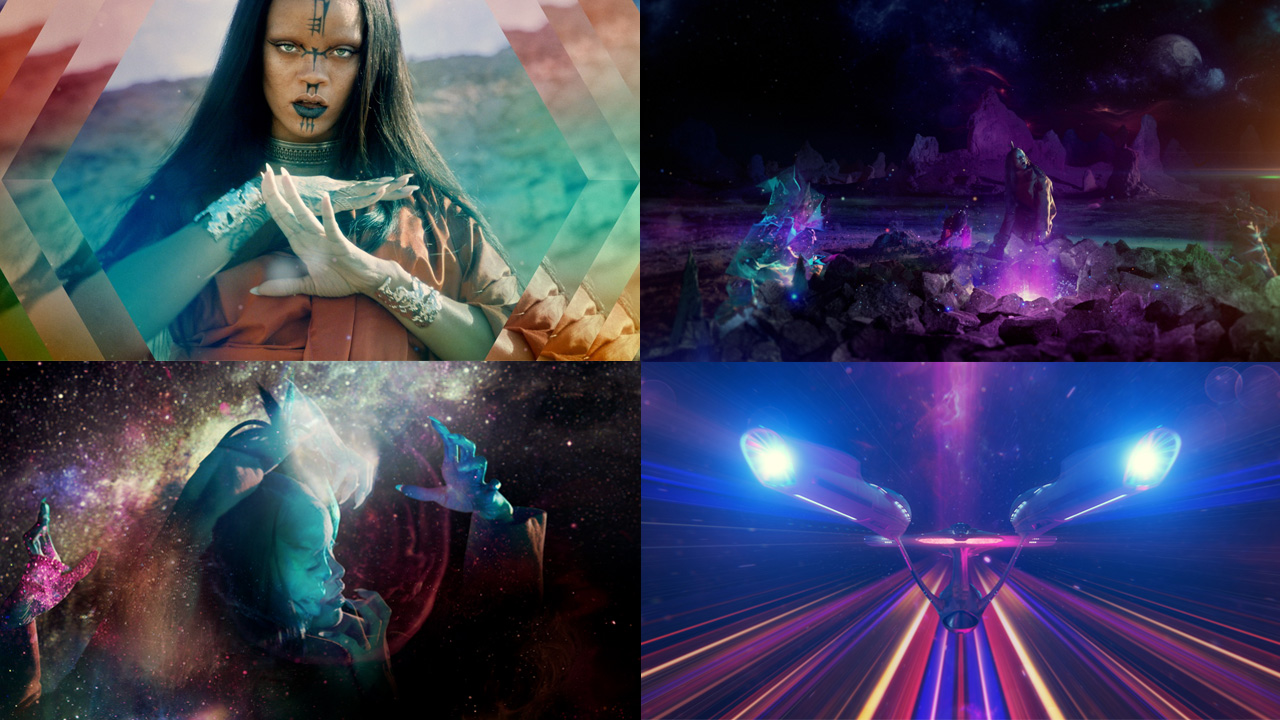 Mill+ collaborated with Paramount Pictures, Maavven and Director Floria Sigismondi to create the music video for “Sledgehammer,” Rihanna’s contribution to the highly anticipated next installment in the Star Trek franchise, Star Trek Beyond. As the first music video ever to be shot entirely with IMAX cameras, "Sledgehammer" made its debut exclusively in IMAX theaters and is available to stream on Tidal  and Vevo.

Director Floria Sigismondi combined elements from the film with the song's themes to build the video's story of transcendence. Rihanna is depicted as a mystical being with the power to conjure the elements, beginning with the rocks and sand, and then manipulating light and creating stars, until she ultimately becomes the universe.

Shot it in the desert in the Trona Pinnacles in California, the video transports viewers across the cosmos to the exotic, otherworldly terrain of another planet, as well featuring a cameo by the Starship Enterprise. 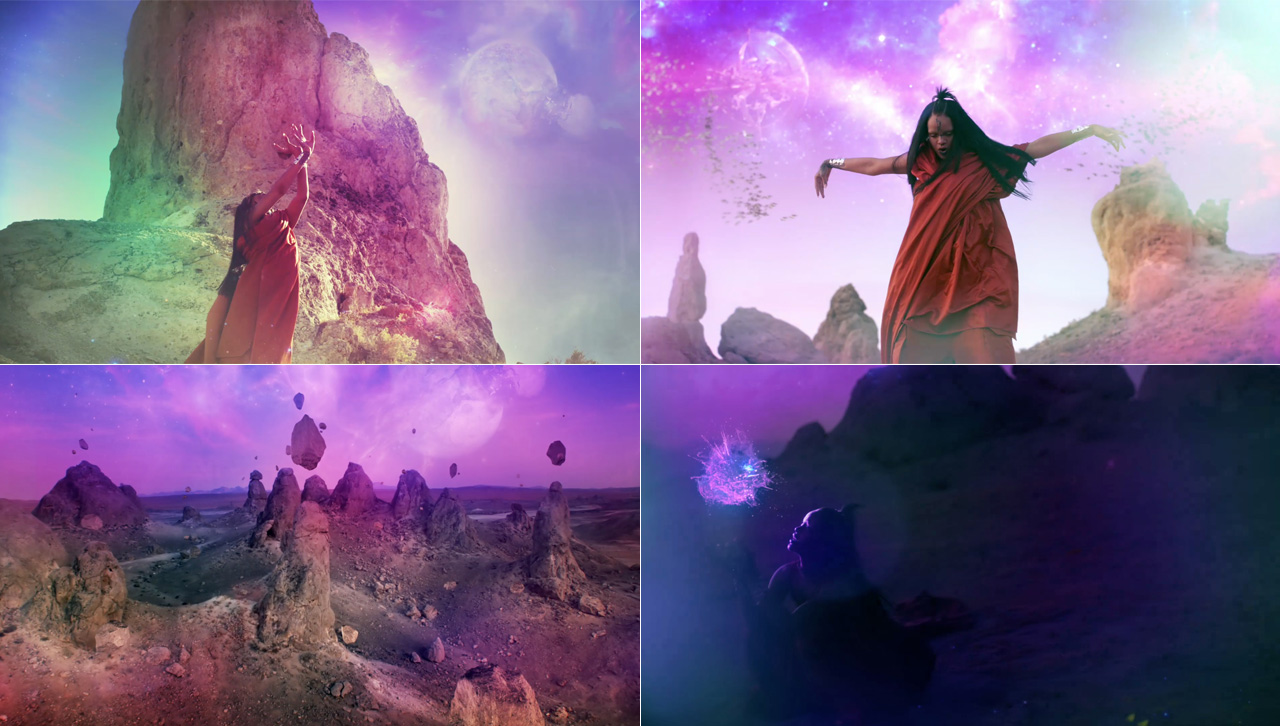 Mill+ was on hand to create the otherworldly environment, complete with magical atmospheric dust, floating sand particles and subtle rocks additions. The team also created the various space vehicles including the murmuring swarm-ships seen swinging around the landscape.

NASA photography of distant stars and nebulas were a great source of inspiration for matte paintings, colorful terrain modifications and particle simulations. Adam Scott, Head of Colour at The Mill’s Los Angeles studio, finished the look with a vibrant, ethereal grade.

Ilya Abulkhanov, Creative Director at The Mill LA, discusses his role and the team's process on the project:

My role of creative director began by creating concept frames to set the initial stylistic direction for the various shots. I continued to do this while also celebrating other peoples’ interpretation of the look and working in a hands-on manner on the visual consistency of the entire piece by animating and compositing once the look was approved. My role was to let each of the member of the team contribute to the various specific challenges according to his or her ability, and to let our general limitations be part of our strength. 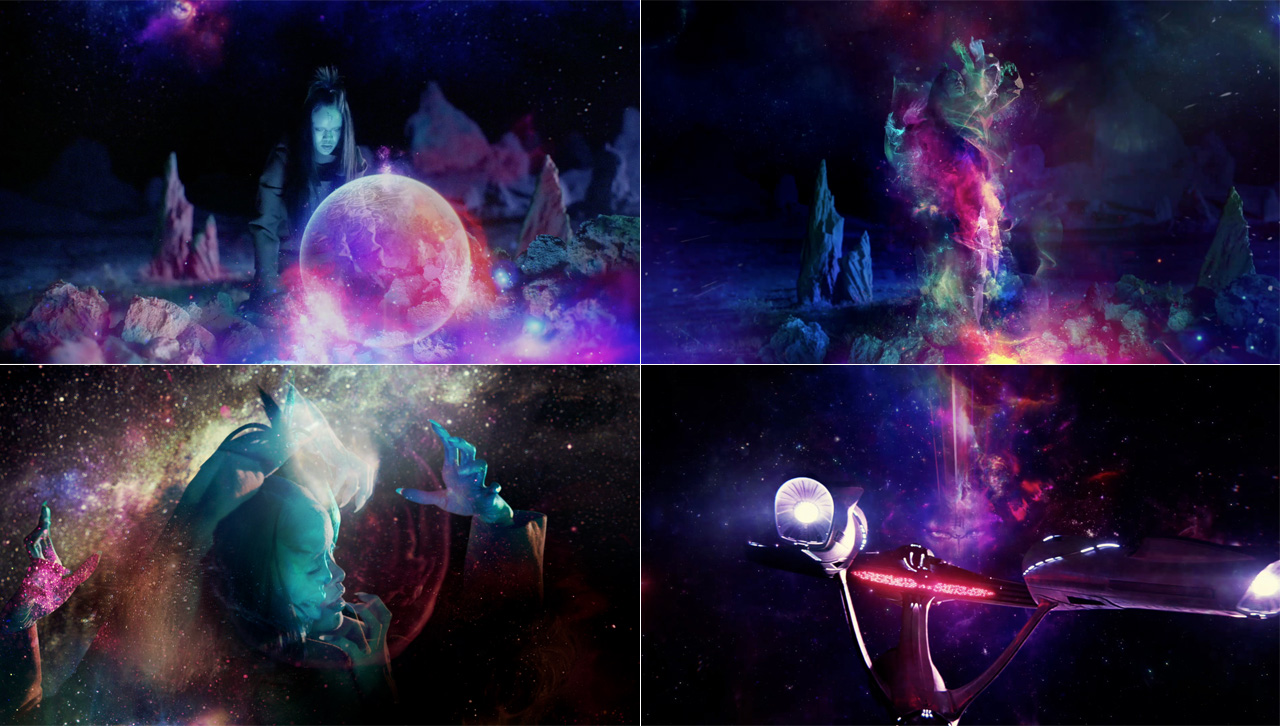 My favorite part was the idea that we could work together as a team swiftly and boldly. Additionally, we thought that the sequence of Rihanna dissipating into particles of galaxies towards the end of the video was interestingly both digital and analogue-looking in regards to the way it ended up looking in the end - a couple of dissolves and a “salad of galaxies” did the trick.

The space fly-though sequence was very wonderful, and is everyone’s favorite. We also had some creative license in regards to the distorted multiplication effect happening to Rihanna, which we think looks just as interesting visually, although slightly different from the original effect in the movie.

I also think that our experimentation with color modifications that happen throughout the sequence of shots, as well as within the duration of each shot, pushed the overall color experiment of the project further which add to the overall vibe and look of the piece. 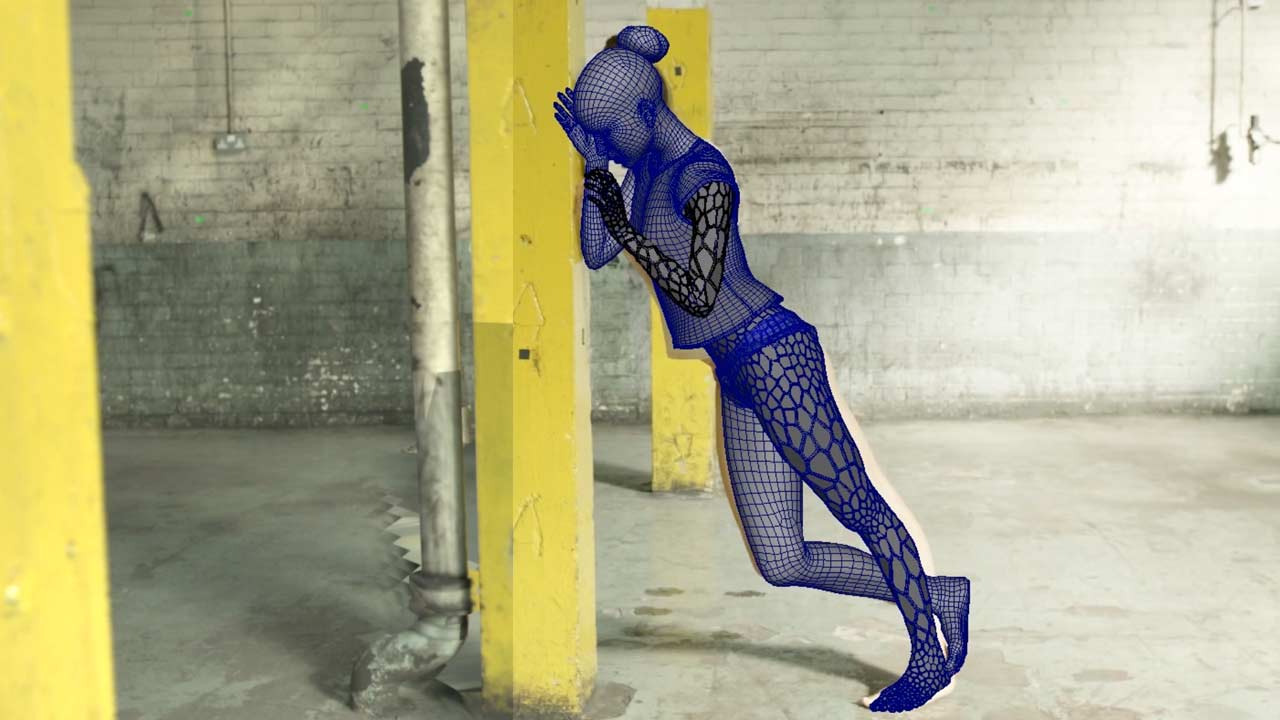 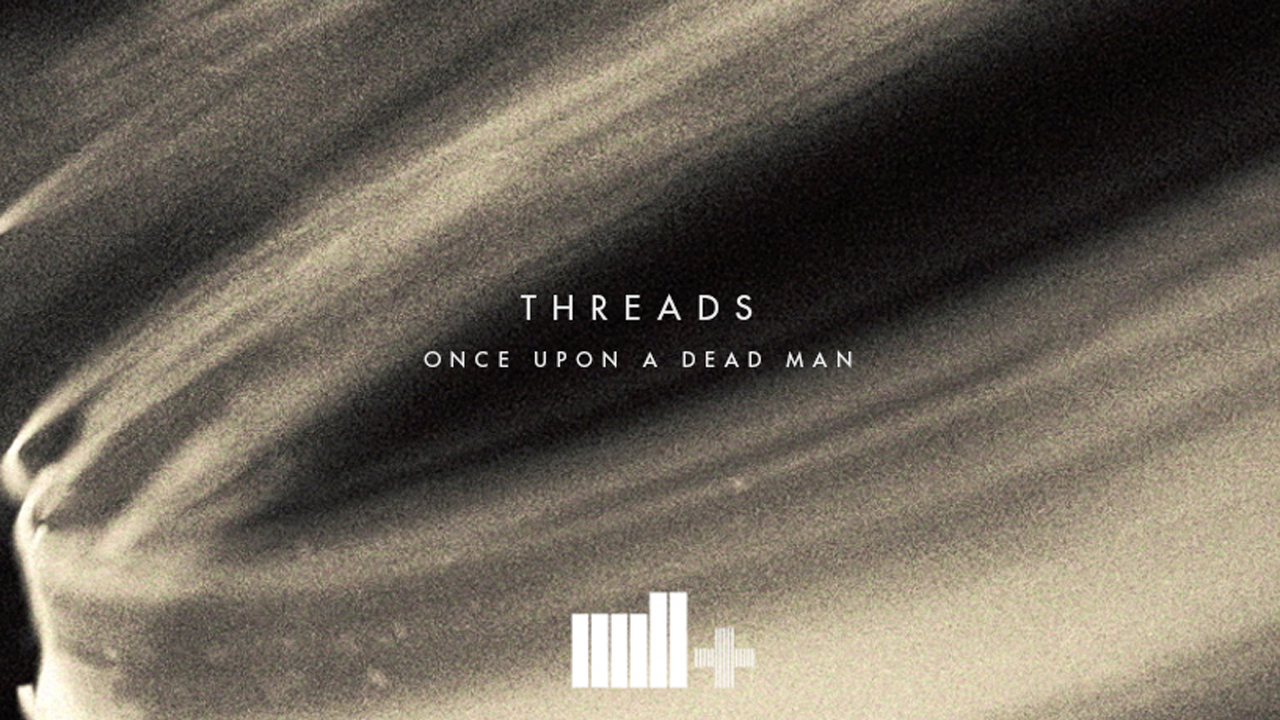 Blog
Behind the Project: Once Upon a Dead Man 'Threads' 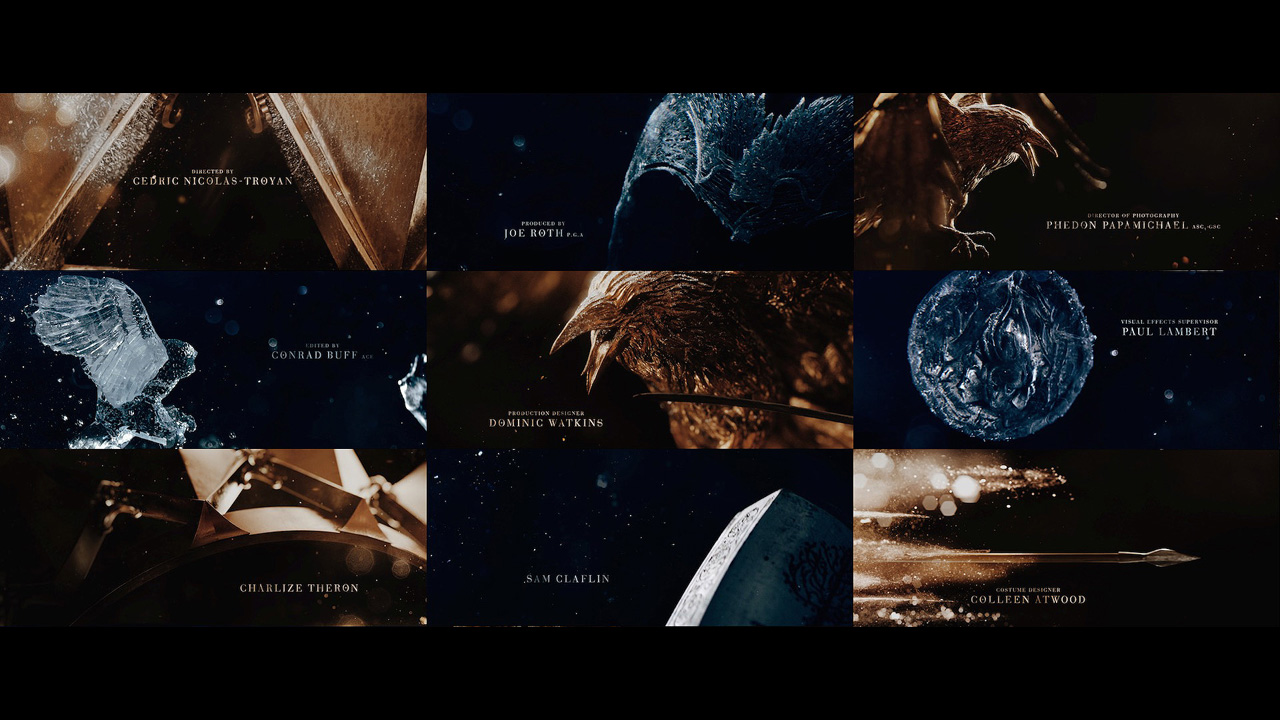