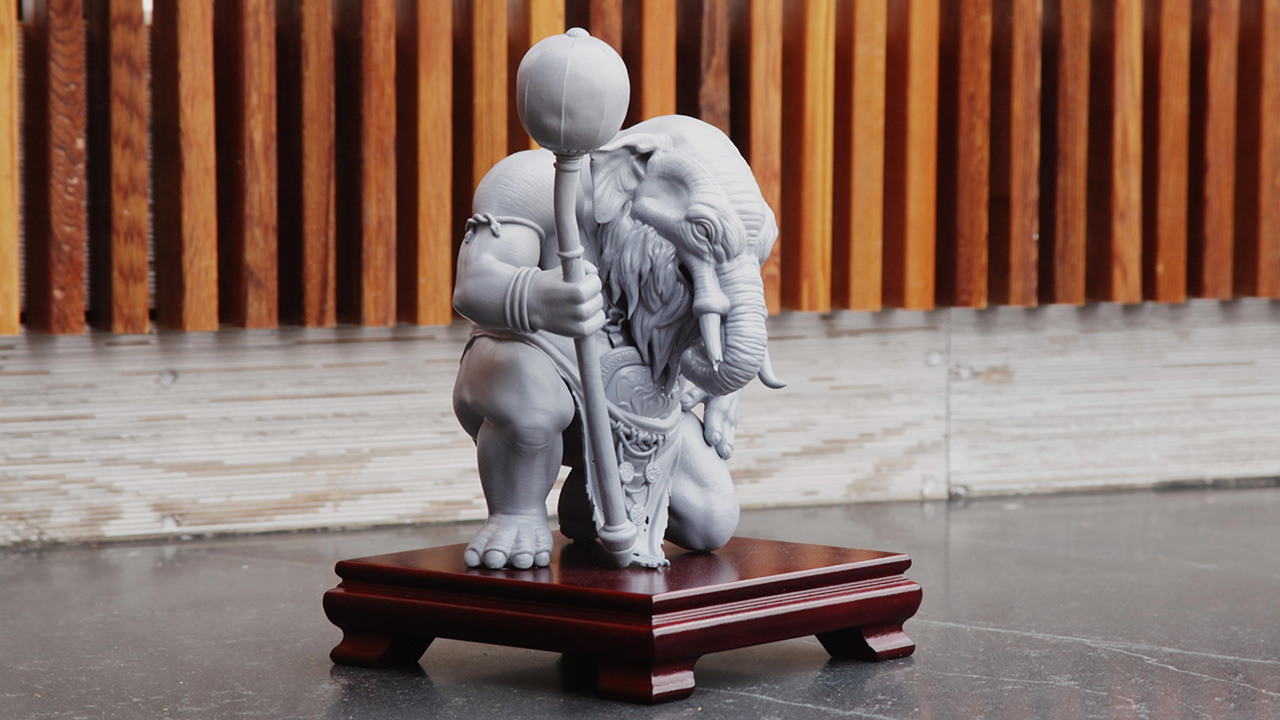 Artists at The Mill are passionate about their craft; when they’re not hard at work on a usual job, they can often be found fine-tuning their creative skills in other ways.

The modeling department in the Los Angeles studio recently wrapped up a global internal competition where artists were invited to create an original model. VFX Artist Blake Sullivan’s winning creation – dubbed the Elephant God – was then 3D printed as a reward. 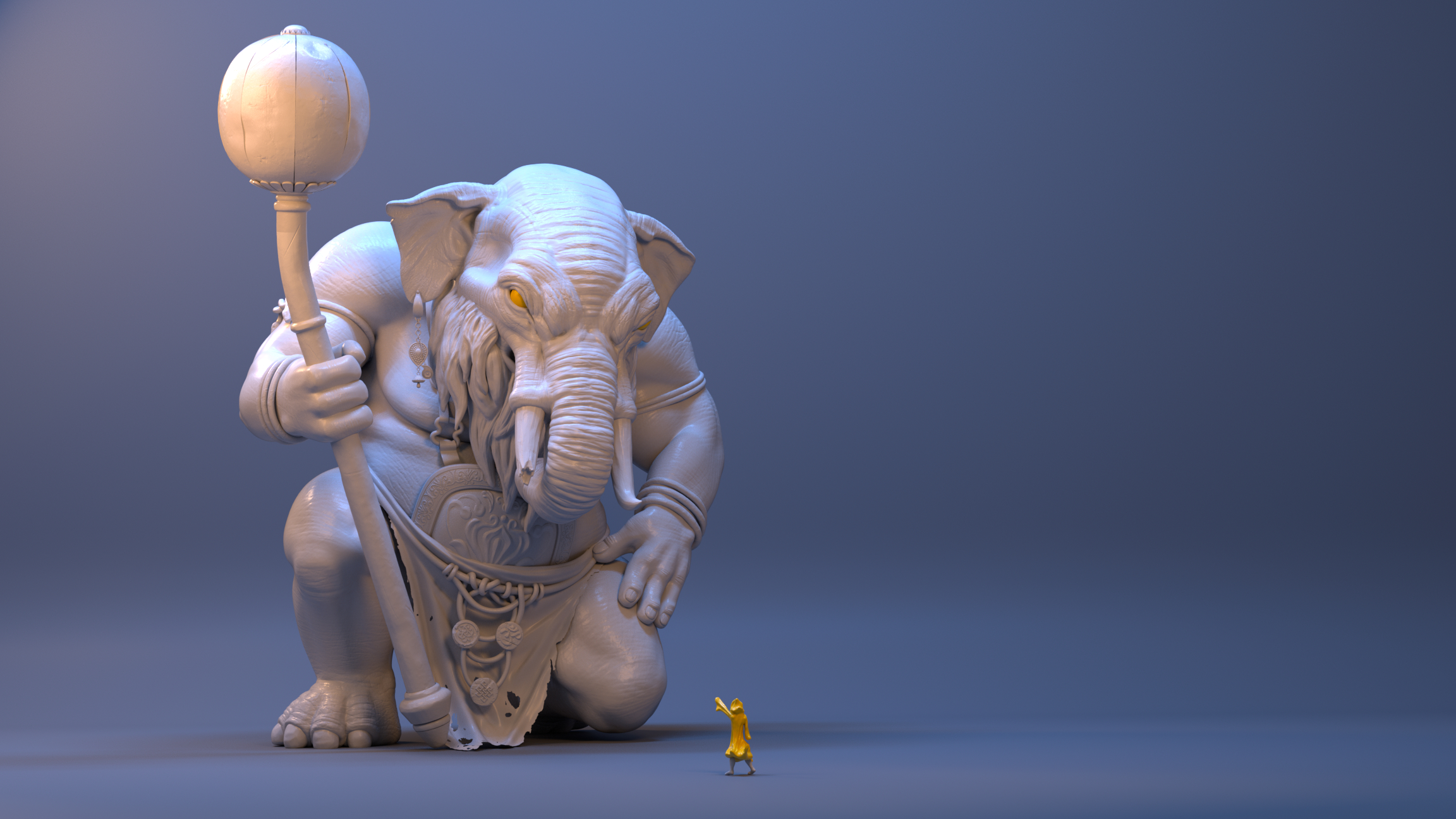 Felix Urquiza, VFX Lead Artist/Modeling & Texturing Supervisor, launched the competition to inspire the artists. “A year ago I went to our Co-Heads of 3D, Robert Sethi and John Leonti, about implementing something fun and motivational that would push the artists in their craft,” he told us. “We set up a blog where participants could post their ideas and work in progress. We also hosted reviews every few weeks to track development.”

The competition came at the same time Blake was learning ZBrush. “One of the best ways to learn the software was to apply the skills to this project,” he said. “I’m usually modeling hard surfaces – cell phones, etc. – so I chose the Elephant God design as a way of learning more about modeling anatomy and muscle forms to make it look realistic.” 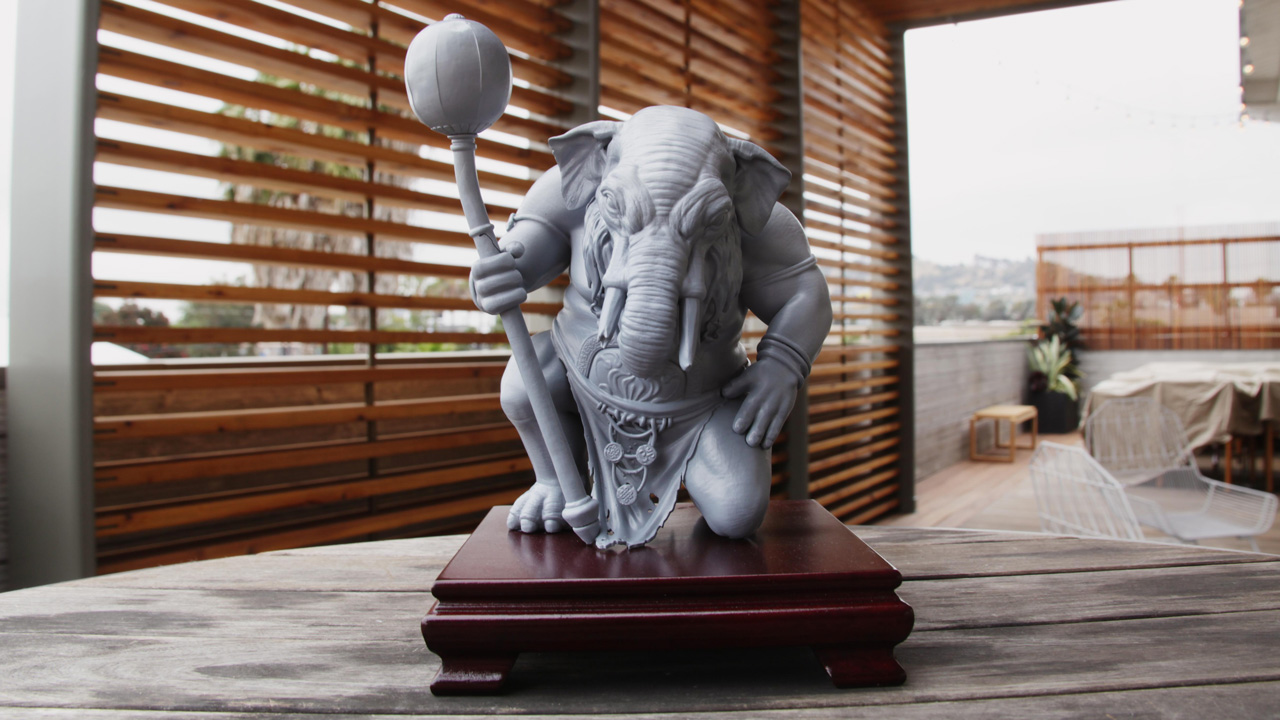 Once Blake’s model was selected as the winner, the next step was to get it 3D printed. Felix contacted his friend Robert Vignone to get the job done. “His 3D printing is top notch, and the final products have a really great finish so there was no doubt he would be a perfect choice for this task,” Felix said.

You can see the work in progress of "Elephant God" on Robert's blog. 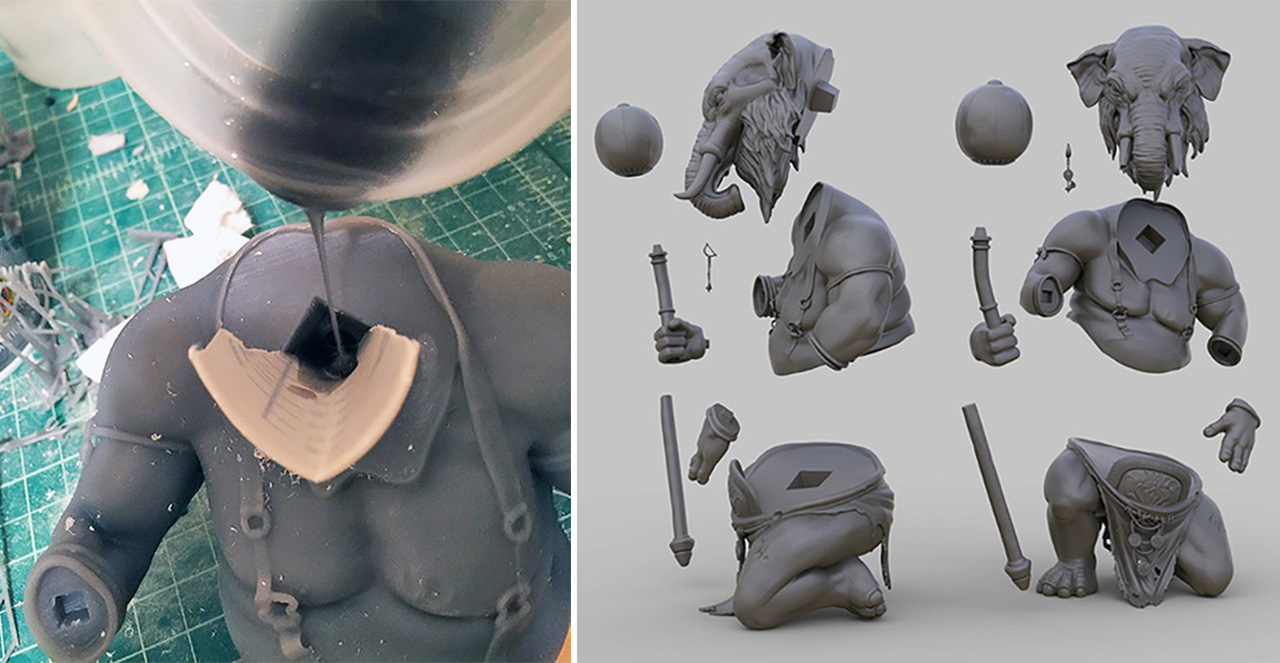 One of the main challenges Blake had to overcome was getting adjusted to the overall learning process. “This was pure art form! It was helpful in expanding my skillset in modeling anatomy, plus getting me more into the realm of character and creature development,” he explained.

Felix added, “I was very pleased with the efforts everyone put into play; I’d say it was a great first modeling competition. Blake Sullivan did a fantastic job with his model, and the design he chose wasn’t the easiest. People loved the finished work, and when the competition came to a close it won by popular vote. I’m very proud of Blake and his work.” 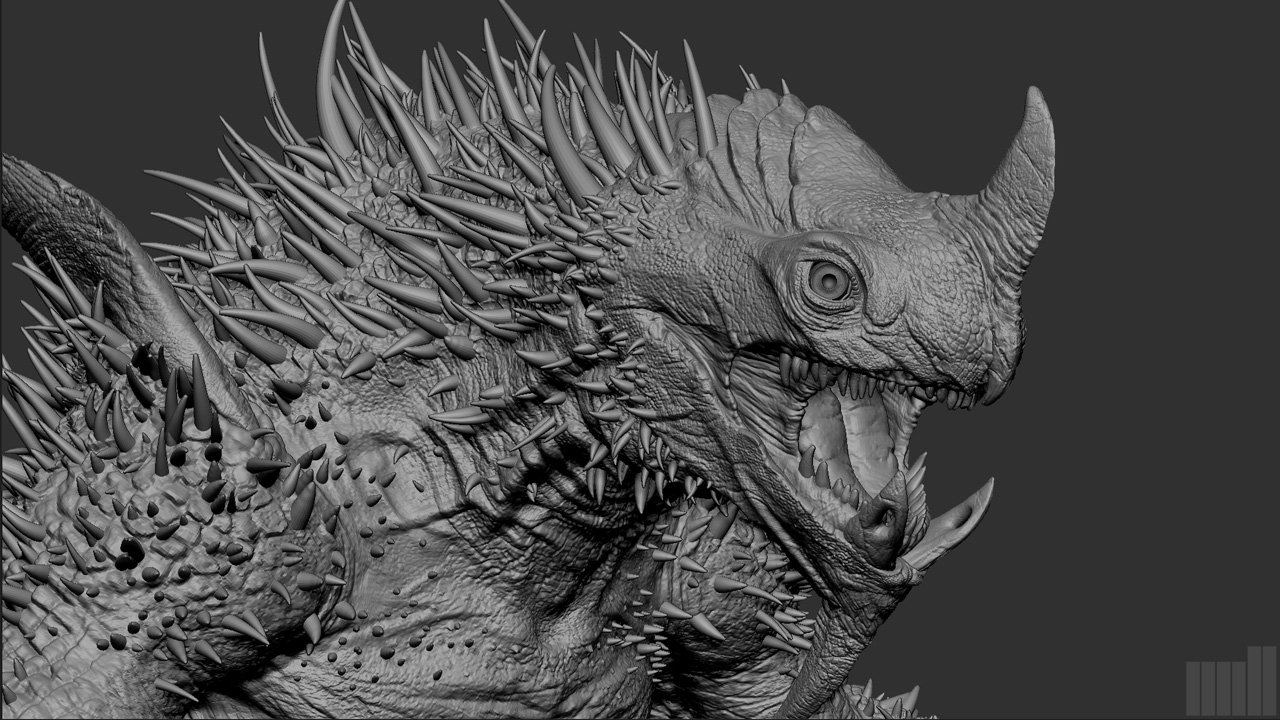 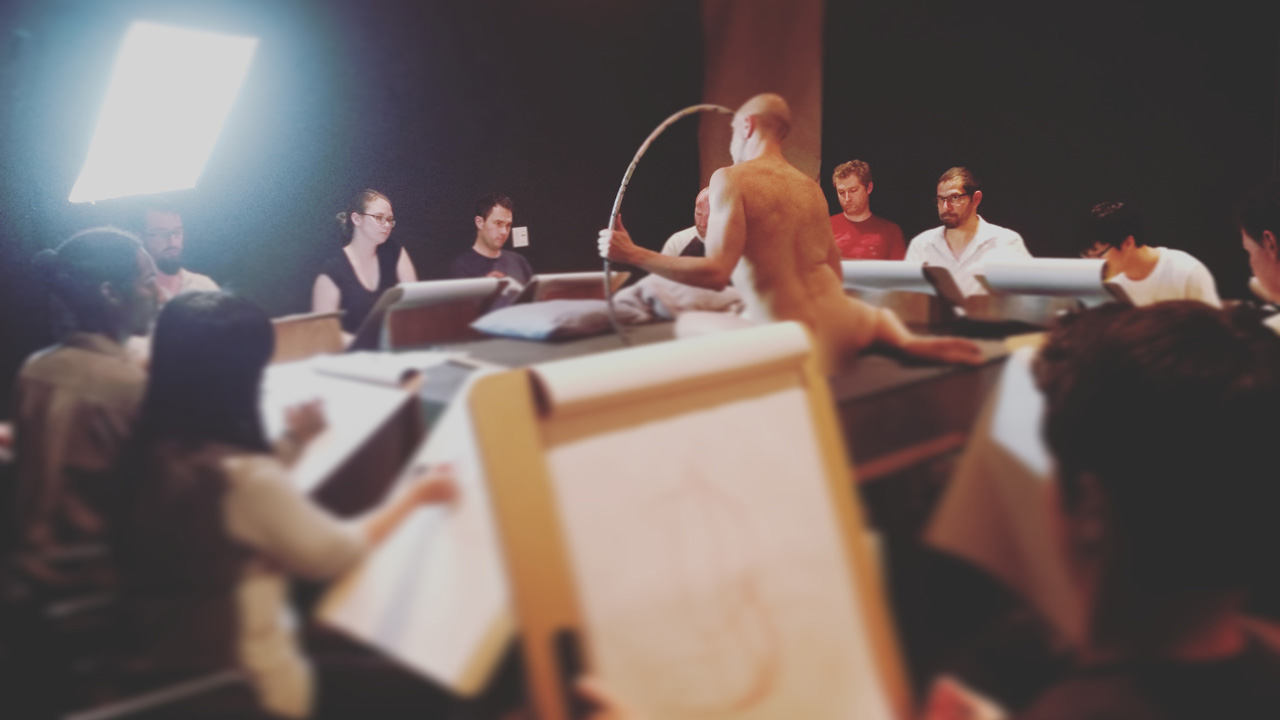