Caggie Dunlop 'I Wish You Knew' by KAM 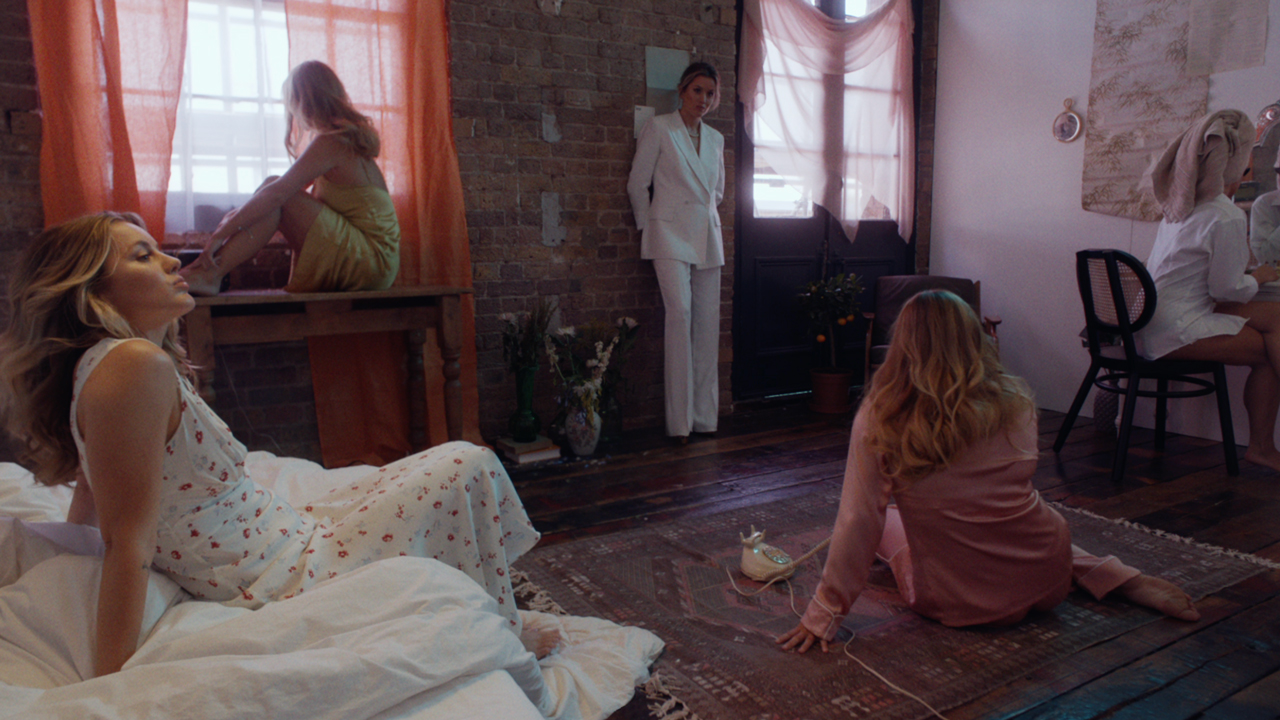 Inspired by the lyrics “So I pretend, this is going to be the last time”, KAM's video for Caggie Dunlop presents a recurring battle, as she tells herself again and again - she won't be back - and appears multiple times in the same shot in the process.

"The video makes me reminiscent of my childhood and teenage years," says Caggie Dunlop. "It's sweet nostalgia for any girl who grew up in the nineties /early noughties, and spent evenings and weekends daydreaming about boys in her bedroom."

The single camera move idea provided a challenge for KAM, who explains: "Technically speaking, the concept was a bit of a risk. We didn’t have the budget for a motion control rig, so it was the job of our DOP Tristian Chenais, equipped with a ronin, to capture this all in one take."

With a limited amount of studio time, KAM built the set to scale in 3D, an extensive previz, which allowed her and the team to calculate precise shot timings on the day.  KAM was eager to capture a filmic look for the piece to convey the nostalgia in Caggie’s lyrics. Working closely with Mill Colourist Thomas Mangham they used a textured grain, expressive colours and glowing highlights to achieve this.

"Due to the single shot technique used during filming, it was certainly a challenge matching some of the footage, due to the sudden changes of lighting when passing windows," says Mangham. "Through the use of dynamic grade techniques and key frames the transitions were made to feel seamless."

Check out the article here