Activating For Superfans: The Best of San Diego Comic Con 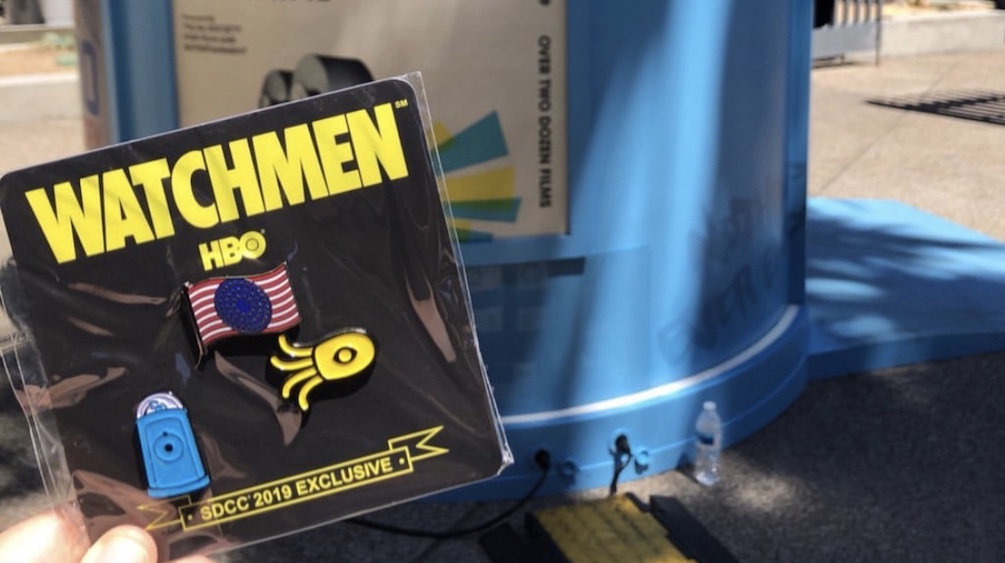 ‹ Back to List
August 12th, 2019
Share
HBO’s “Watchmen” is based on a 1959 graphic novel about nuclear physicist Jon Osterman, whose exposure to radioactivity transformed him into a “super-being” known as Dr. Manhattan. To tease the premier of its forthcoming series, the network gave fans the chance to transform themselves into Dr. Manhattan via augmented reality.
Blue augmented reality booths were placed across San Diego’s Gaslamp Quarter, inviting fans to participate in the solo, two-minute experience. Before entering the booth, participants registered their name and email on an iPad, which fed their information through to the booth. When they stepped inside, a narrator offered a brief history of Dr. Manhattan, directed them to stand in a specific location to align with a large screen, then offered a countdown to their AR-fueled transformation. At the end of the experience, fans received their personal AR transformation via email. Agencies: Campfire, New York City (creative); The Mill, London (production).