The Ball Is In Her Court, Now More Than Ever 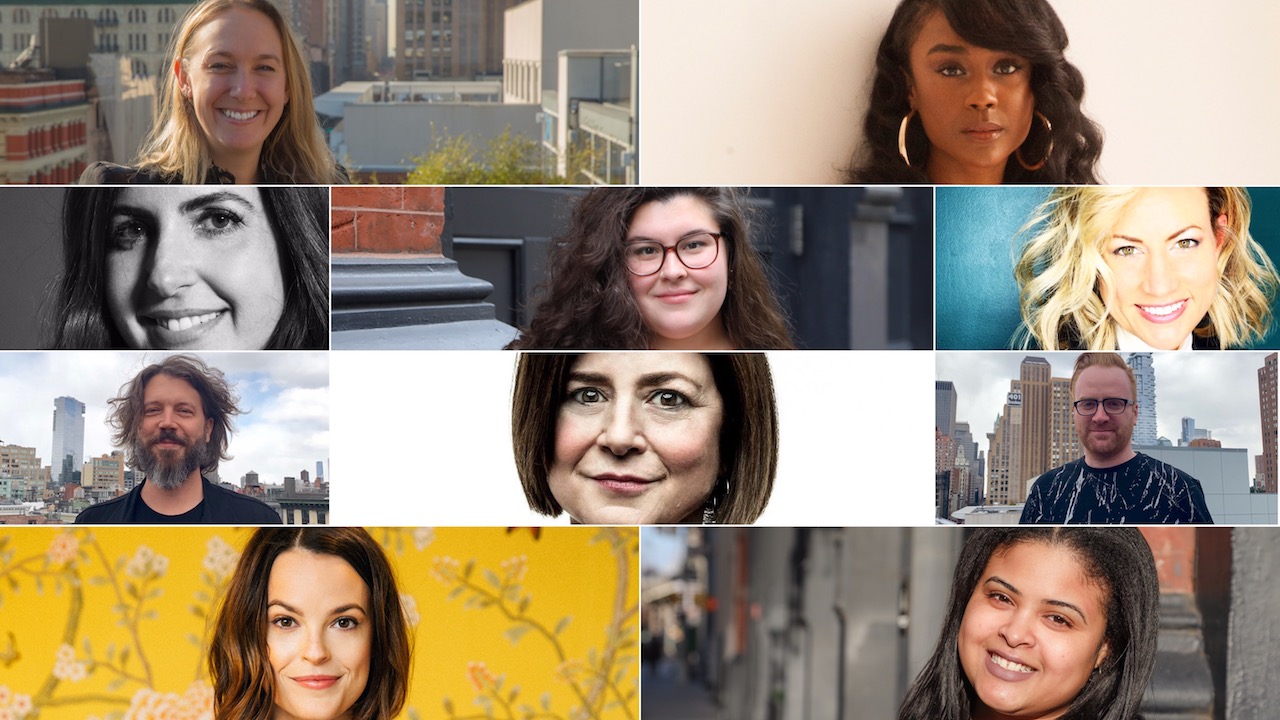 We are increasingly more likely to associate ourselves with brands that convey important social messages, support worthwhile causes and remain genuine in doing so. However, it’s crucial that the sentiments promoted by these brands are echoed behind the scenes.

More so than ever, brands are championing diversity and making it a requirement for their partners and vendors to do the same.
This International Women’s Day, we’re focusing on a recent campaign that broke gender stereotypes at one of the biggest sporting events of the year and shined a spotlight on some of the incredible female talent across the advertising, production and VFX industries.
Bumble’s ‘The Ball Is In Her Court,’ starring the brand's Global Advisor Serena Williams debuted during Super Bowl LIII, topping ad polls and inspiring women globally in business, friendship, and love. With a predominantly female-driven creative and production team, the ad’s message of female empowerment was echoed across the advertising industry.
“Back in fall 2014, in the very early days of Bumble, we were struggling to get people to understand the importance of flipping gender dynamics. Our team had been told over and over that we wouldn’t succeed - that women wouldn’t, or shouldn’t, make the first move,” says Alex Williamson, Chief Brand Officer at Bumble. 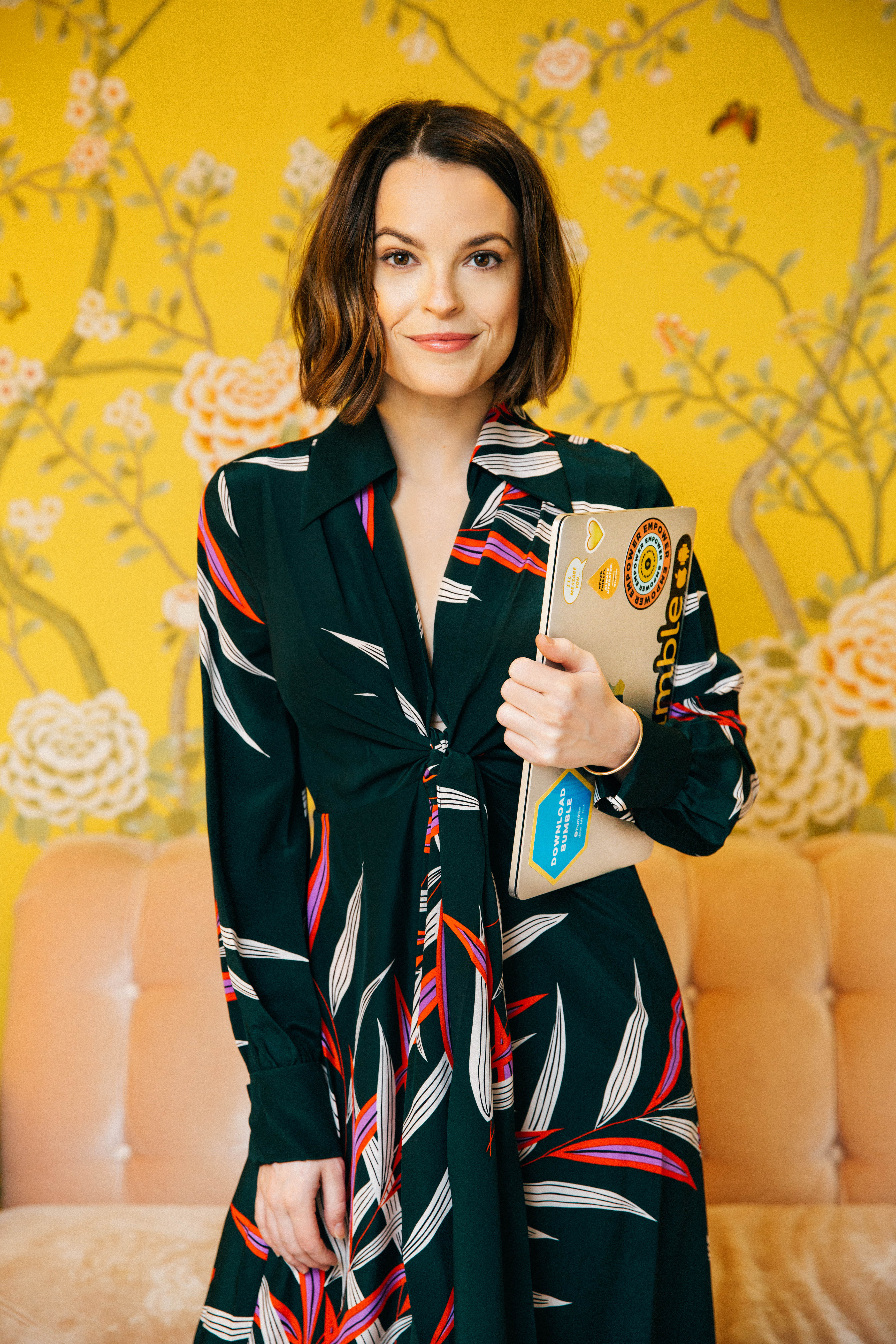 “One day, Whitney, our founder, and CEO bought some pink tennis balls, put Bumble stickers on them, and took a photo captioned “the ball is in her court on Bumble.” She sent the photo to our team of four and told us if we worked really hard - maybe (just maybe!) we’d be able to partner with Serena Williams. Serena is the epitome of a woman who has the ball in her court in all aspects of life. Serena is a first mover, and the embodiment of our brand.” 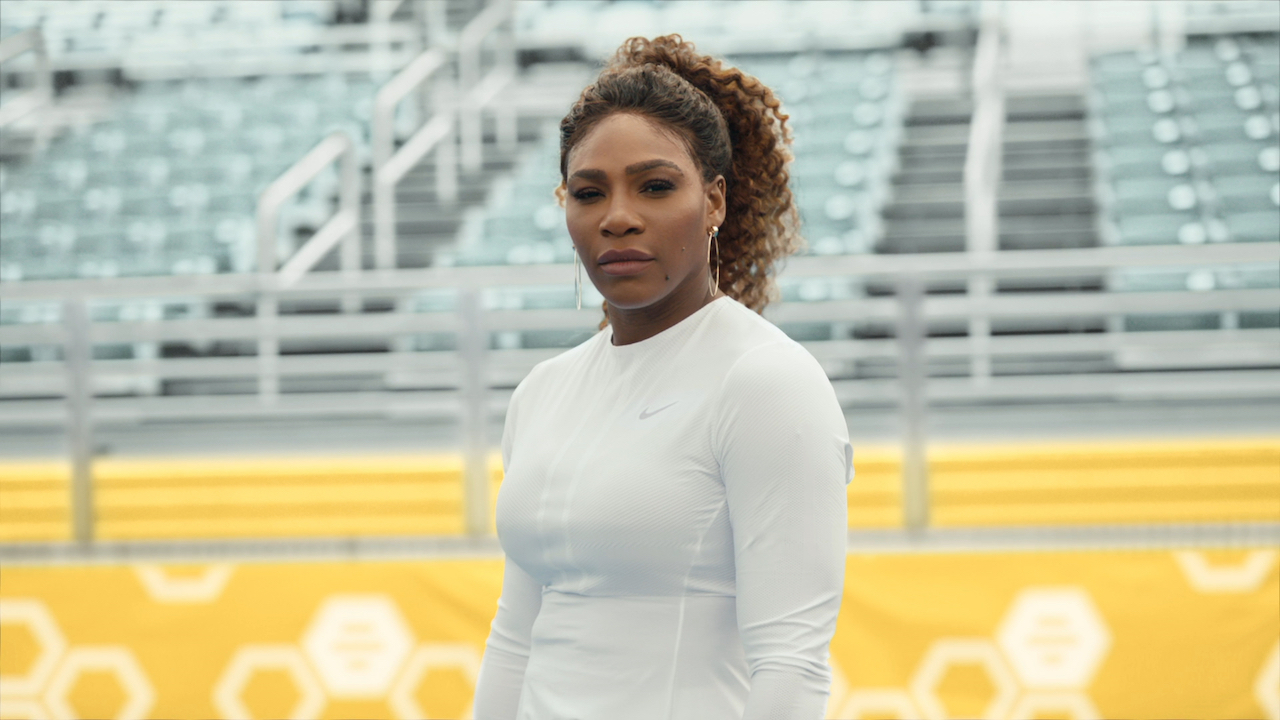 With the support of brands such as Bumble and initiatives such as Free The Bid, our industry is slowly, but surely shifting towards a more diverse pool of talent, that will help us craft better creative, with new perspectives and tell genuine stories.
We caught up with some of the key players who brought ‘The Ball Is In Her Court’ to life, to find out what they think is driving diversification and how they’ve seen the industry change in recent years.
NATHALIE BROWN
ECD, VMLY&R 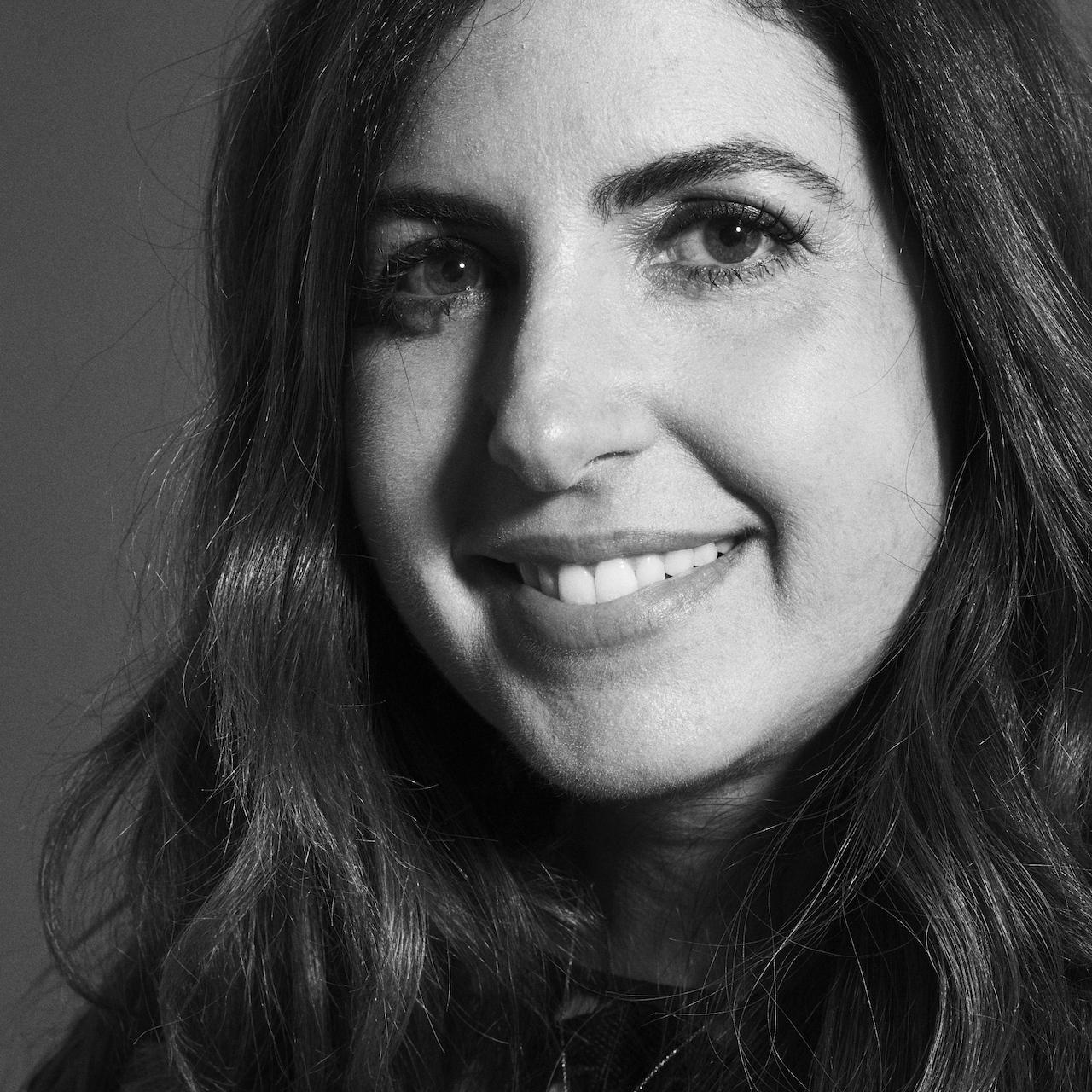 How does it feel to have spearheaded the first all-female driven Super Bowl spot for such an empowering female brand?
It feels freaking awesome. I’m not sure we realized how huge it was as we were developing the work because we were in the thick of it, but as it came together, we felt it. It definitely was a team sport given the short timeline and many holidays in between. Every single woman involved played a major role.
Do you think the industry is making strides in the right direction when it comes to equality? If so – what is playing an active part in driving this change?
I do think we are making strides. In some cases, I think it comes from clients requesting a more even split of women and diversity on their business. It also comes from women in senior leadership positions elevating their teams by mentoring them and being real about what it takes to be a woman, a mom, and a colleague.
MELISSA BARANY
Executive Producer, VMLY&R 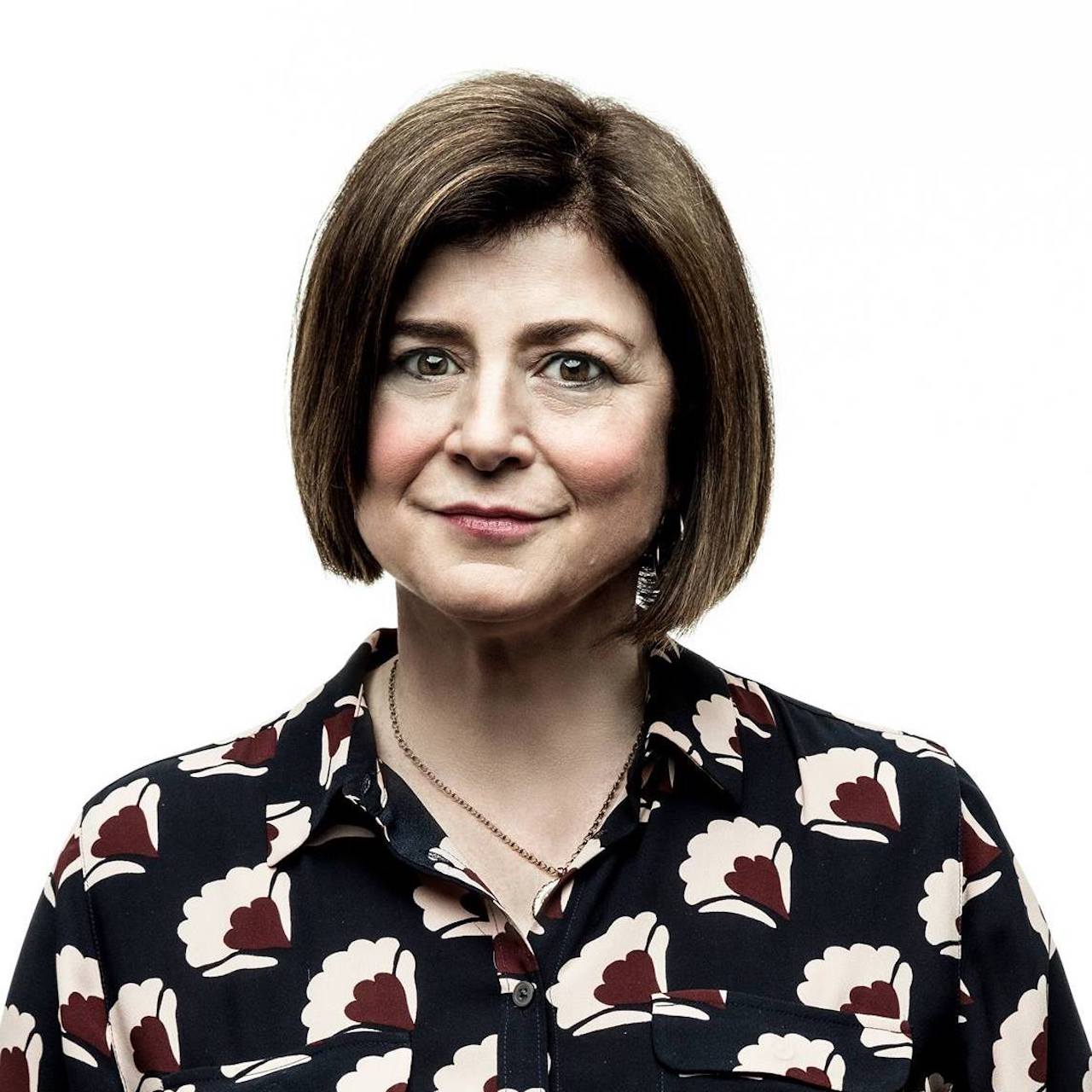 Is it difficult to find all-female talent for jobs such as this, given the industry male/female ratio?
On this project, we faced the challenge of an extremely short production timeline in the middle of the holidays. But the talent is out there! We assembled an amazing, talented team on both the production and post-production sides. It’s important for agency producers and creatives to get consistent exposure to this kind of talent so when the time comes, there’s already an awareness.
What effect do you hope this campaign will have on women both in and out of the industry?
I hope that the message of encouragement to follow your passion despite all odds rings true for many.
LAURA HUTFLESS
Partner and Co-Founder, FlyteVu 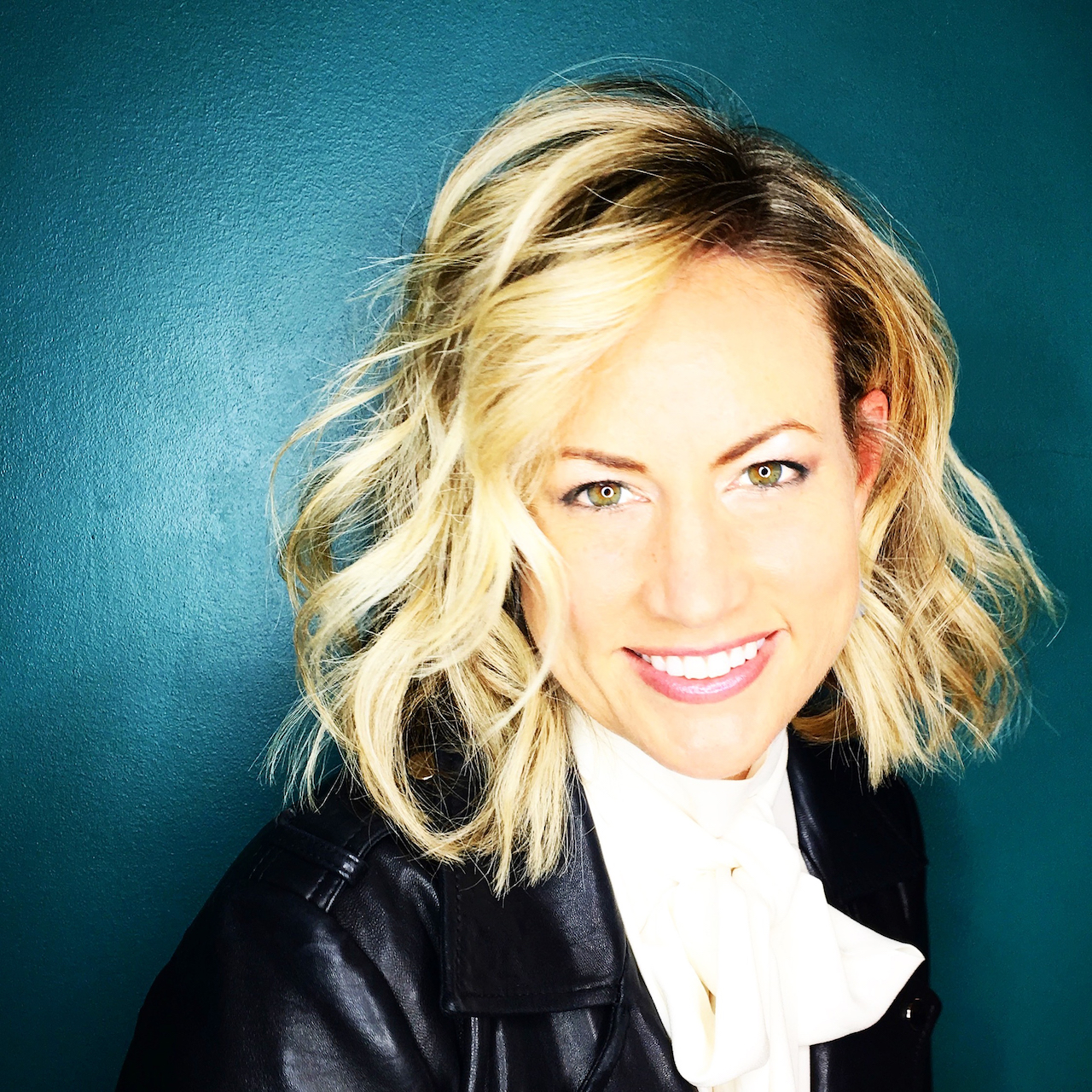 Why launch during the Super Bowl, which traditionally plays host to very male-centric advertising?
While Super Bowl advertising has always been male-centric, the viewership is not.  49% of the audience watching the Super Bowl are women!  In order to shift culture, we need to not just speak to women but also include men in the conversation.
Do you often have the opportunity to work on predominantly female teams?
FlyteVu is a female-led company and one of the reasons we were best equipped to lead this campaign.  I use the app and know the importance of women making the first move in life, business, and relationships.  If I wouldn’t have made the first move to start my own company, FlyteVu wouldn’t exist.
A.V. ROCKWELL
Director, Little Minx Films 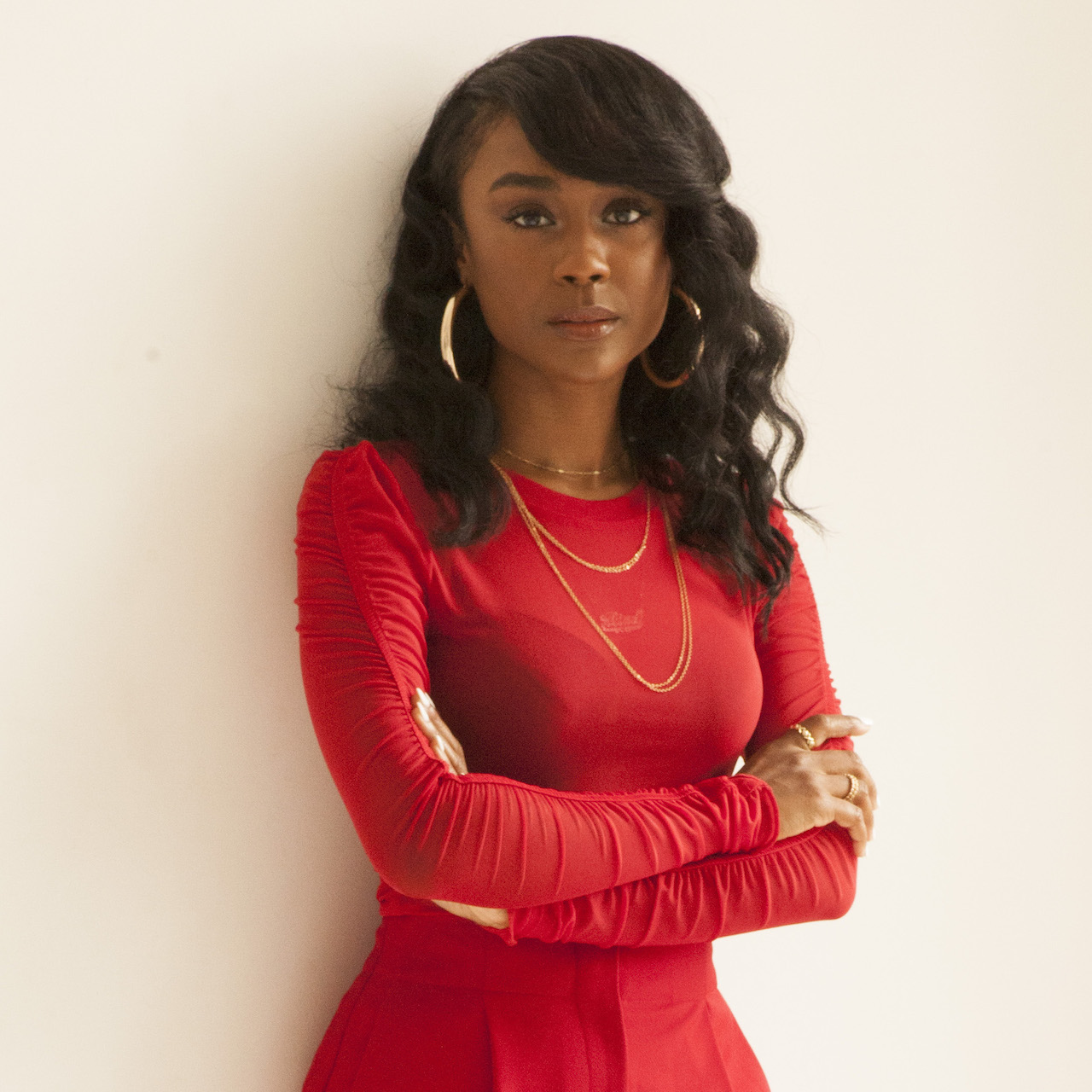 How is Free The Bid changing the advertising landscape?
I think it's been wonderful in showcasing just how much female talent is out there and holding companies accountable in that regard, to make sure that we are given fair considerations for opportunities.
How does it feel to have spearheaded the first all-female driven Super Bowl spot for such an empowering female brand?
I'm grateful that this collaboration happened with a brand breaking tremendous ground in its own way. However, that "first" honor is a bittersweet triumph because, at the end of the day, it should not have taken this long for us to get here.  Only four out of dozens of Super Bowl spots this year were directed by women and I was the only woman director of color, so while there is progress, it's just not happening at the speed that it should.
AKIKO IWAKAWA-GRIEVE
Editor, Rock Paper Scissors
There has been a surge of female-driven work that advocates gender equality, especially in the past few years. It’s always such an honor to be a part of those projects and to collaborate with the best, amazing, inspiring women in the industry.
I genuinely feel that these kind of efforts are making differences in people’s perception, of what women can do and achieve. I think we will continue to hear more and more female voices in the industry. Maybe one day, I hope, gender-equality becomes the norm/given.
ANNE TROTMAN
VFX Lead, The Mill 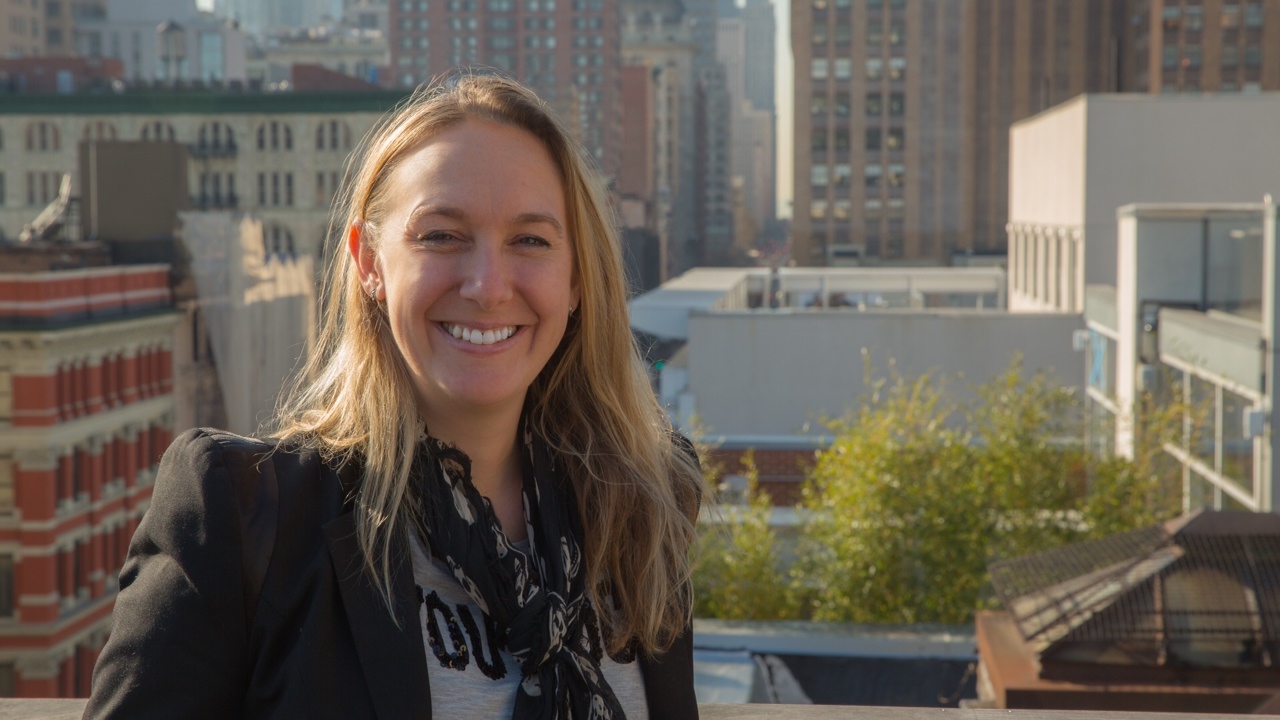 Why is diversification and equality within our industry important to you?
Until I joined the Mill NY I’ve always been “The One”. The only female flame artist at every company I’ve worked at, now I am “one of many”. At the Mill NY, I’m surrounded by incredibly talented artists but the fact that so many are women is very empowering.  There are many young female compositors following in my footsteps and that is an amazing thing to see.  We also had some amazing men as part of our strong female team, am a supporter of the “#HEFORSHE” campaign so it was great to come together for this project.
Do you think the male-female ratio in the VFX industry has improved in recent years? What do you think is driving this change?
It is getting better, there are more young women studying compositing and VFX in colleges than ever before. I think Social Media has been really important. I’m proud to be part of the “Women in VFX” and “Ladies of Logic” communities, as I feel it’s really important for future artists to have access group of women that have experienced what it’s like working in our industry.
CHET HIRSCH
Designer, The Mill 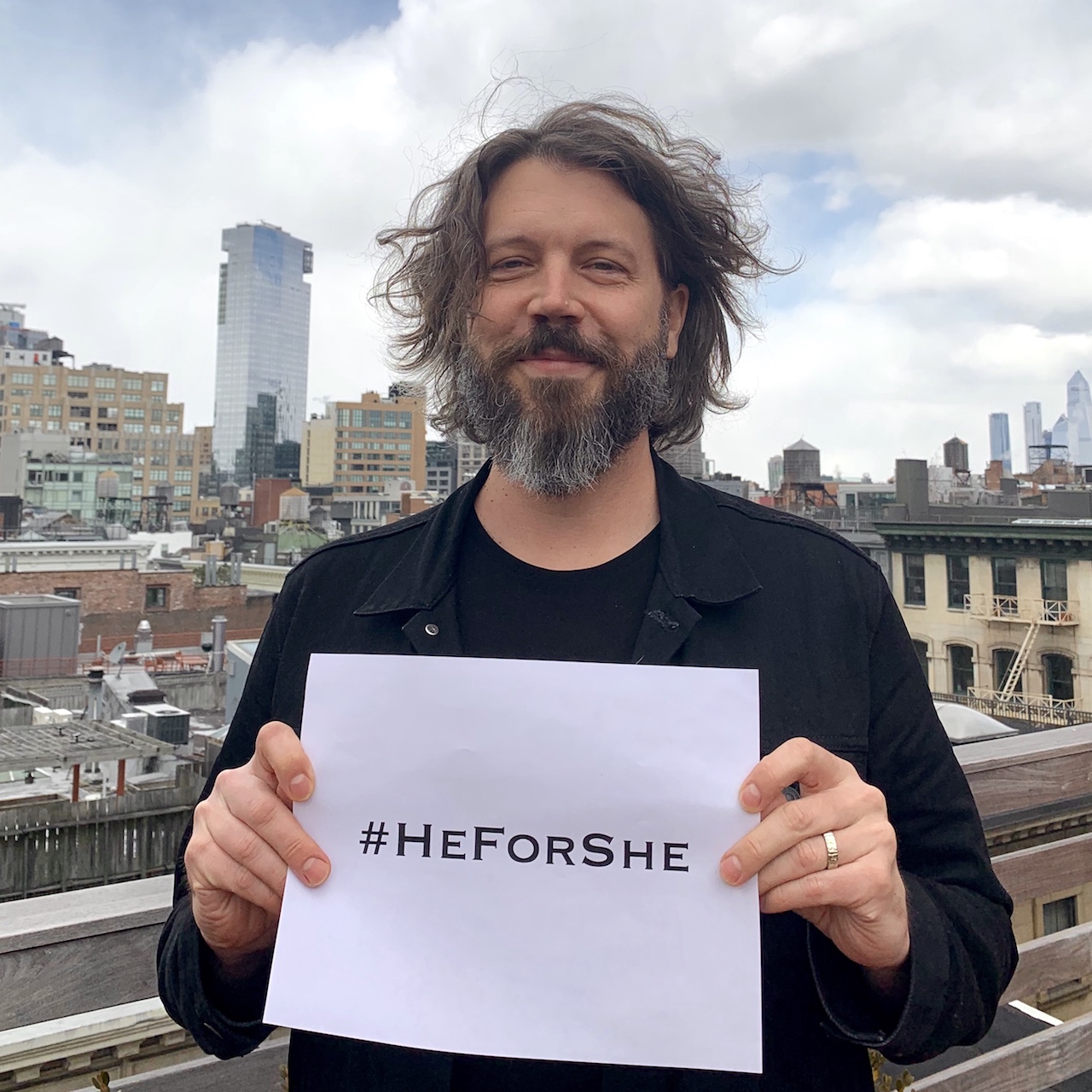 I consider the Mill to be a fairly diverse workplace, but I was surprised to realize that this was the first time I was one of the only men working on a largely female-driven campaign. It definitely demonstrates that there’s still a lot more progress that needs to be made in terms of uplifting women within our industry and promoting female talent.
ASHLEY GOODWIN
Producer, The Mill Do you think the male-female ratio in the VFX industry has improved in recent years? What do you think is driving this change?
I believe that the foundation of our industry is shifting. More and more women, and also, importantly, women of color, are discovering more opportunities, and that is something really exciting. I think that the driving forces behind this are our female industry leaders, who in rising up, are lifting others up with them. Women like Alma Har’el of #freethebid on the production/directorial side, to CEOs like Whitney Wolfe who are open and encouraging to an all-female crew, are truly inspiring.
Why is diversification and equality within our industry important to you?
Diversification and equality in the ad/film/tv industry have been monumentally important to me since I stepped foot into film school. The majority of my class were male, and from that moment, I worked twice as hard to make sure myself and other female students were uplifted and offered the same opportunities as my male classmates.
That same feeling of community is the energy that I bring to every job; support and empowerment for everyone equally. Leading by example. Everyone had that energy and power on this project for Bumble.
IJA OCHOA
Producer, The Mill 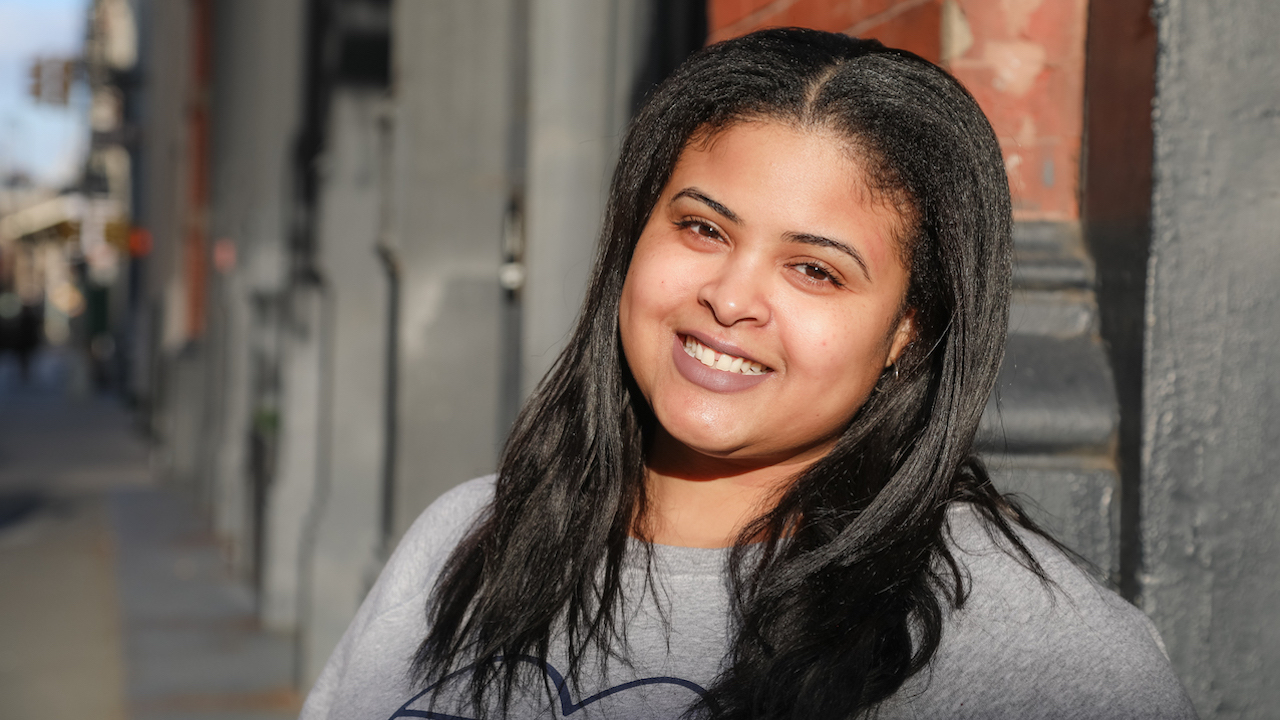 Why is diversification and equality within our industry important to you?
Diversity and equality in our industry are extremely important to me. I am a half-Jamaican, half-Cuban woman from The Bronx. Young people who look like me and are where I'm from rarely get a chance to work within our side of the industry. It wasn't until I began working at The Mill that I discovered so much about this world we call post-production, but I also realized that due to our lack of exposure, it often goes as an untapped area for POC. We tend to grow up only acknowledging people in front of the camera and wanting to be like them, and that is fine, however, we don't realize how much of that person on camera is driven by a team of people working hard behind it. I think it is important for POC, especially the youth, to know that there are a lot of opportunities within several areas of our industry, but I think it also starts with more outreach and programs becoming available to them to learn and see firsthand what we do.
How does it feel to have worked on such an empowering campaign for women?
It is a great accomplishment. To be a part of a campaign showing the power of women during one of the most masculine events of the year, never have I seen anything like it. It was truly an honor to have been a part of a great campaign and not to mention, Serena! She is the definition of a strong black woman, who is not afraid to do things on her own terms, which is exactly what Bumble is allowing women to do. It’s a platform for you to be unapologetically you. 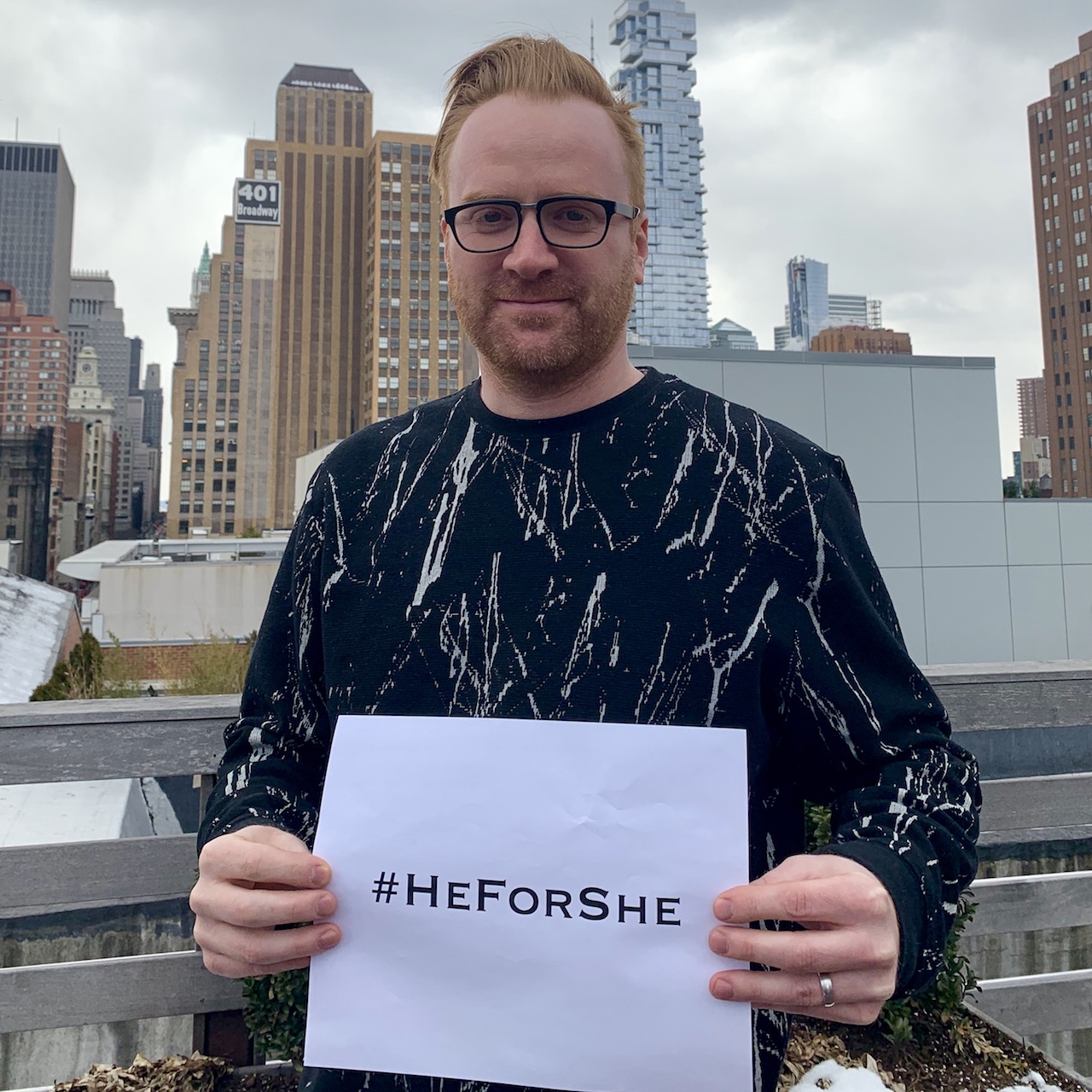 Gender roles get introduced so early into our young children’s lives, as I’ve learned as a dad of a four-year-old daughter. We have to stay vigilant and actively fight gender role stereotypes every single day, from a barrage of outside influences, some expected and some surprising. Diversity, in all regards, is an automatic win for creativity. Any time you can have a team with different experiences coming together, you’re going to inevitably get as many different approaches to the challenge at hand.
VIEW THE FILM AND FULL LIST OF CREDITS FOR ‘THE BALL IS IN HER COURT’ HERE
Save Playlist
My Mill Playlist (0)
Save Playlist
Clear
copy link
integer varius
Lorem ipsum dolor
Press Enter to Search