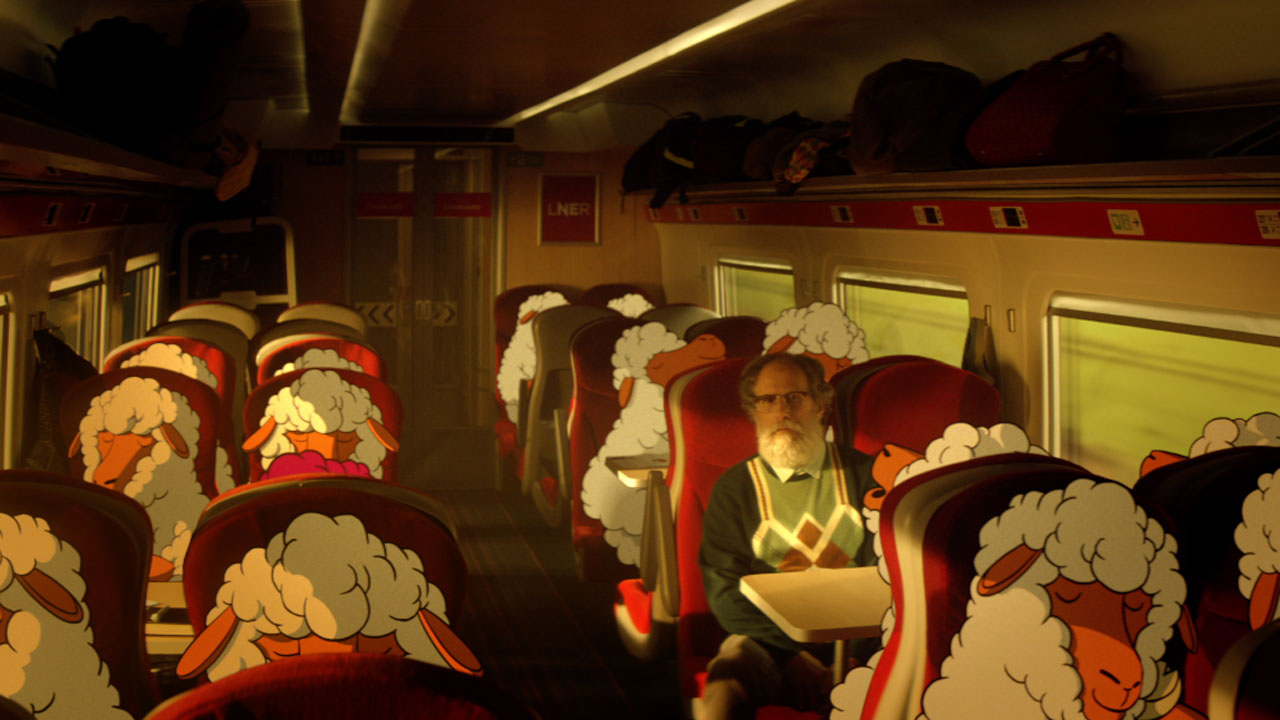 ‹ Back to List
March 5th, 2019
Share
This charming film, created by Anomaly and directed by Andreas Nilsson through Biscuit, celebrates British train travel with a lyrical portrait of disparate characters all sharing a journey home along LNER’s London to Edinburgh route.
Nicely capturing the slightly snoozy, dreamy state one falls into on a train journey, This Is Our LNER depicts people catching up on reading, doodling and daydreaming while gazing out of the window; a man drifts in and out of sleep counting animated sheep, a family play Jenga together, a bunch of Roman centurions returning from a battle re-enactment tease each other. It has something of the cosy quirkiness of a film by Wes Anderson, who made good use of the train journey setting in his H&M Christmas spot of 2016.