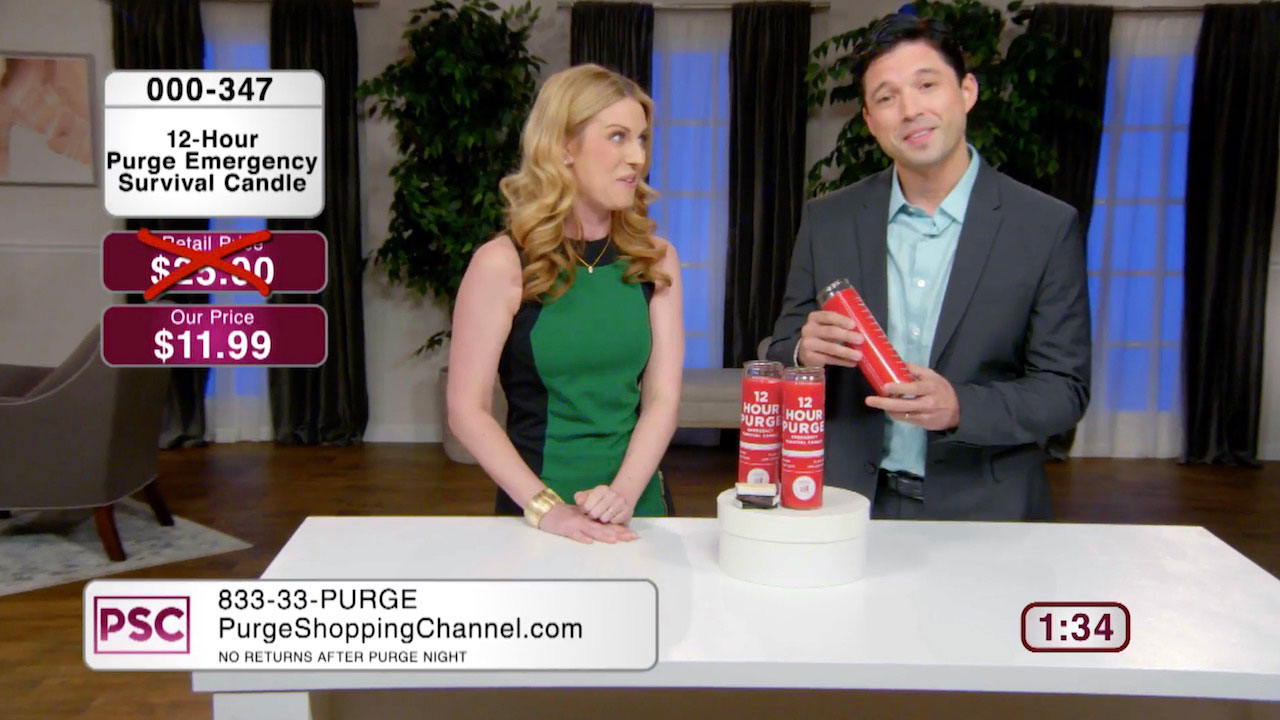 ‹ Back to List
August 30th, 2018
Share
There’s nothing like a little shopping to help prepare for a big holiday event, especially when that holiday is Purge Night.
As USA and Syfy prepare to debut their new The Purge series, a spinoff of the hit horror film franchise which premieres next Tuesday on both networks, they have devised a satirical campaign centering around holiday preparations, including a QVC-like network called Purge Shopping Channel.