Fireflies 2014: Updates from the Road 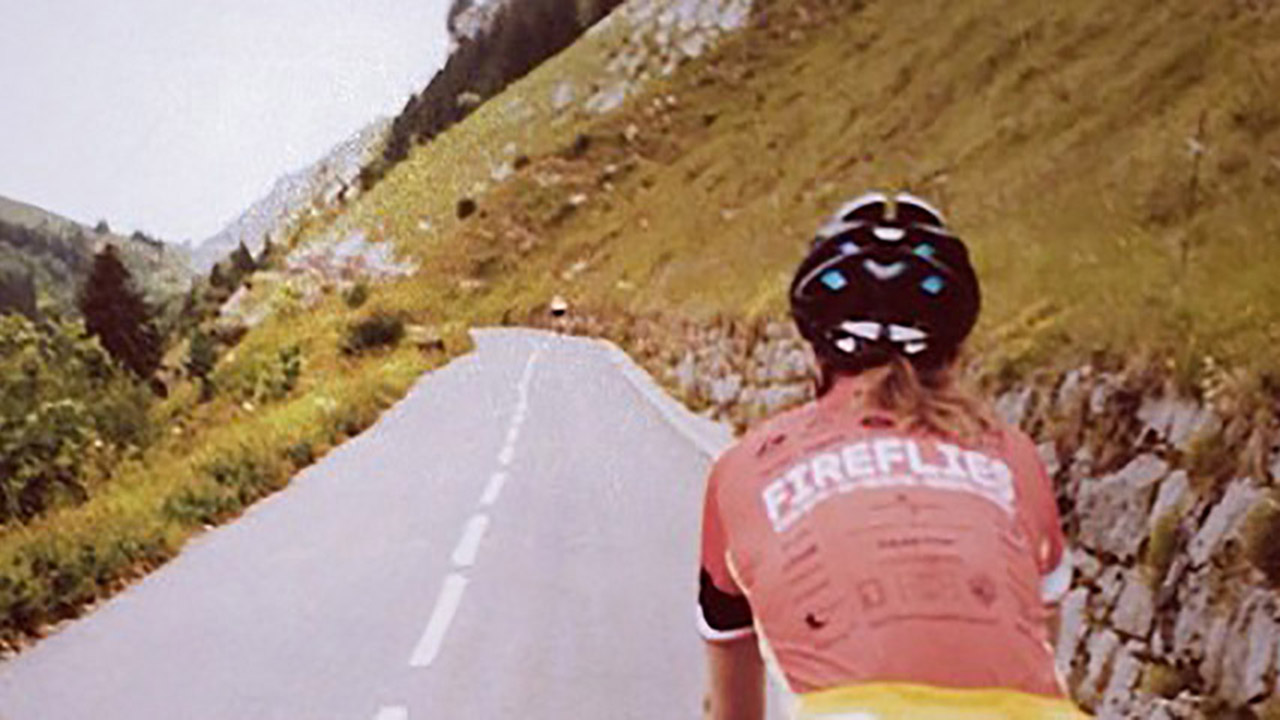 You’ve already met the four Mill riders cycling over 18 mountains in eight days to raise funds for Leukaemia Lymphoma Research. From the grueling climbs to the celebratory selfies atop their first summit, each rider will take a turn sharing their experience on the 2014 Fireflies Tour. Check this blog post daily for brand new updates from the road and on our Instagram.

Sr. Flame Artist, The Mill in LA
Leukaemia & Lymphoma Research Donation Page
Follow her ride on Instagram:@tararaboomdeeeay
Stage 1: Amphion Les Bains to La Clusaz
Distance: 126km
Ascent: 4,300m
Big first day out, and my birthday. Yikes. Almost 11k feet of climb over the Col de Joux Plane and the Col de Colombiere. The morning was sunny and hot. The Col de Joux Plane was more than 95 degrees and we struggled up the steep, hot, col. The afternoon brought lightening, thunder and rain showers. We welcomed the rain after such a hot morning. The end of the day found all four Mill riders at the top of the Colombiere at the same time for a small respite from the rain (and I found some amazing taxidermy in the shop at the top). We descended (safely) in light rain after more than 7 hours of riding and 11 hours on the road. Exec VFX Producer, The Mill in London
Leukaemia & Lymphoma Research Donation Page
Follow his ride on Instagram: @chrischopperbatten
Stage 2: La Clusaz to Brides-Les-Bains
Distance: 124km
Ascent: 4,020m
So with the first day in the bag, the alarm woke us at 5:20am. With the first big climb of the tour Col de Colombiere still very evident in our legs, Day 2 promised to be a big one so it was vital we packed in as much breakfast as possible. With very little appetite and it being only 6:00am, giving us little more than 5 hours sleep, I settled on a pain au chocolate, a yogurt and an egg!
We had three mountains in store today; 'Col des Arravis' at 1486m, 'Col Des Saisies' at 1650m & the 25km beast, 'Col de Roselend', topping out at 1987m. As we left the hotel, it was already 21 degrees and it was only 7:45 in the morning. 10k in and the aches of yesterday slowly left our legs. The scenery also helped our recovery as an impressive skyline of mountains, including Mont Blanc, waited to greet us at the top of Col des Arravis. After a few obligatory photographs, we descended the other side back into the valley and headed South through some beautiful countryside towards the next climb.
As the day passed, the temperature increased. It was now 32 degrees as we climbed Col Des Saisies. A tough climb through the trees with very little wind to keep us cool. We all had to dig really deep to get to the top in the energy sapping humidity. Many energy bars, carb gels and litres of water were consumed. After a short break, more photos and a few sweaty hugs of congratulations, we again headed back down the other side - the reward that keeps us going.
Col de Roselend is many peoples' favourite mountain on the bike and with good reason. Although being a serious challenge at just over 23k to the top (!!) the scenery is spectacular. Around every hairpin is a new view awaits to spur you on (that and the promise of a 20km descent!!) After a lunch of spaghetti bolognese, the afternoon was now approaching 37 degrees! With only the eagerly awaited blast back down, we checked over the bikes and rolled over the edge towards the valley below. Stage 3: Brides-Les-Bains to La Grave
Distance: 137km
Ascent: 4,500m
So day 3, the big one. Three giant mountains lay in wait. 'Col de La Madeleine' (2000m), ‘Col de Telegraph’ (1566m) & finally the massive 'Col du Galibier' (2642) each of them linked across a 137km route set by Firefly HQ. After another hearty continental breakfast and slathered head to toe in suncream, we rolled out…
Tara Demarco: Col de La Madeleine
Col de La Madeleine was the first mountain of day 3. We began with a fast paced ride to the base of the climb. Madeleine is 24k of climb quickly became uncomfortably hot. Pushing 27c the climb took 2 hrs, 20 mins and I managed to consume approximately 6 bottles of skratch (carbohydrate drink), 2 gels, one packet of honey stinger and an almond butter cookie at the top got me thru. I had a mild asthma attack 1/2 way up, but attended to by the doc and Will from Alpe (our tour group) all was ok by the top.
Ed Shires: Col de Telegraph
After the amazing descent off Col de la Madeleine the temperature really started to rise as we pulled in for lunch, a quick portion of spaghetti bolognese. The valley floor to the bottom of the Col de Telegraph subjected us to 38°C and headwinds making hydration incredibly important as we were all losing around 1 litre of water an hour through sweat alone.
On reaching the climb, the heat was really getting to us and even our surroundings were taking the pressure; the tarmac was melting. As we climbed with the group our tyres collected stones from the newly laid asphalt and we could hear the tyres peeling of the sticky tar. If the mountains gradient was not enough, cycling on what felt like glue really pushed the challenge home. A relatively short climb compared to the colossus we would be scaling next, the Telegraph still provided us with amazing views when we were not fixated on the patch of road 2 meters ahead of our bikes (which genuinely becomes all you ever stare at when things get tough!). Straight over the top and down to a little village at the base of the Col du Galibier, we found a village fountain to finally cool our heads.
Chris Scott: Col du Galibier
Wow that just happened! That is what it's all about; SUFFERING. Digging deep finding strengths you didn't think you had. Deciding to do this one alone.
And I felt alone. That is the place I wanted to be, to try and experience what the veterans only spoke about once you were ready. It was dark. Mind bouncing up and down by the minute. No breath to spare, sweat dripping off the rim of my cap, whilst feeling the cool of the snow. Mountain goats providing me with a smile, back to the grind. Leg turn - leg turn, ignore pain, not possible. Must eat, peanut bar, gels run out, my only savour. It's the finish in site! A hut and it looks like a red shirt, not far to go! Great it's a bloody mirage, it's not the top. Five more km to go and it's positively vertical! Keep grinding nothing left, but you just make it happen somehow. I crested, on top of the world, buzzing. This is what it's about; breaking through walls for those who suffer! Day of rest, protein and beer! The updates from the 2014 Fireflies Tour continue here 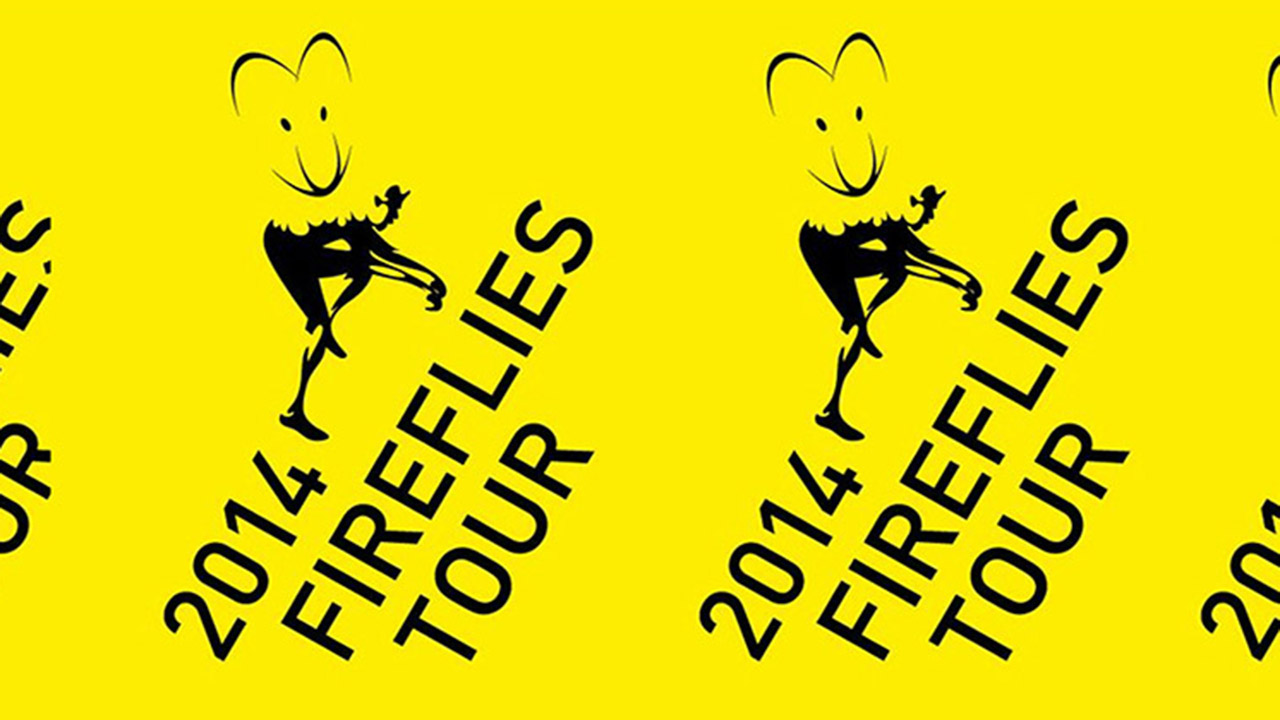 Blog
Fireflies 2014: Updates from the Road 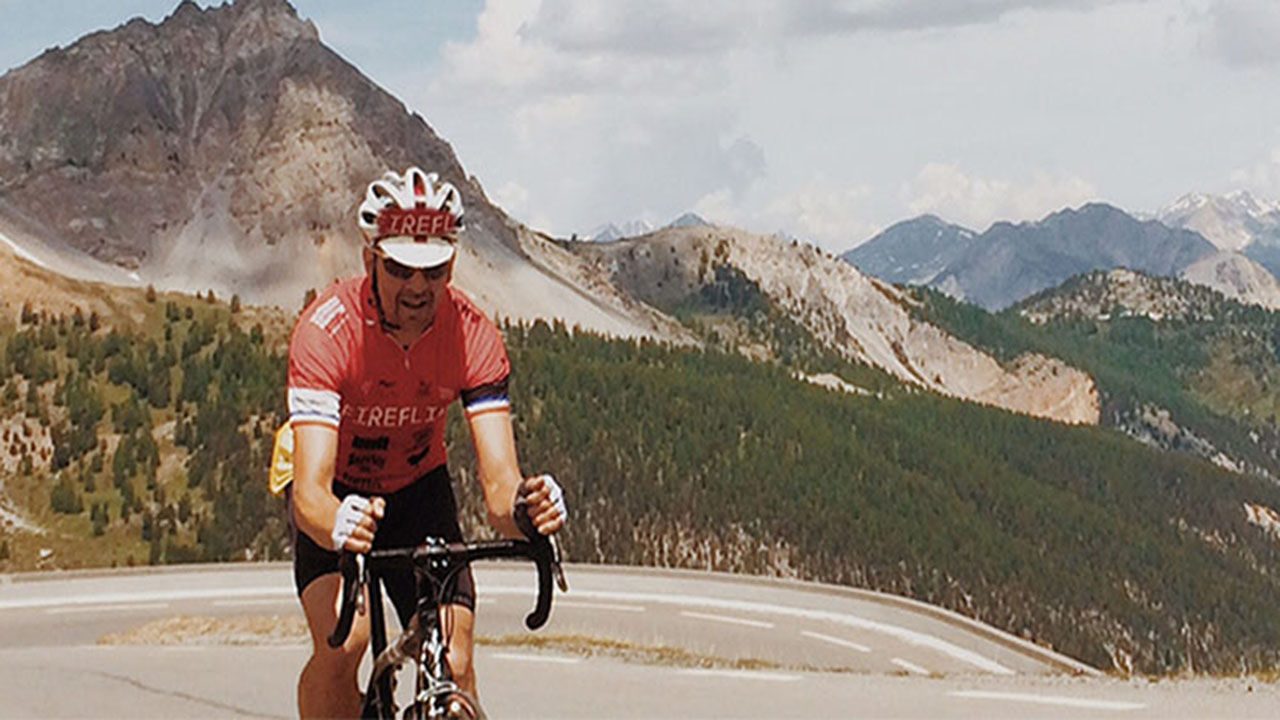