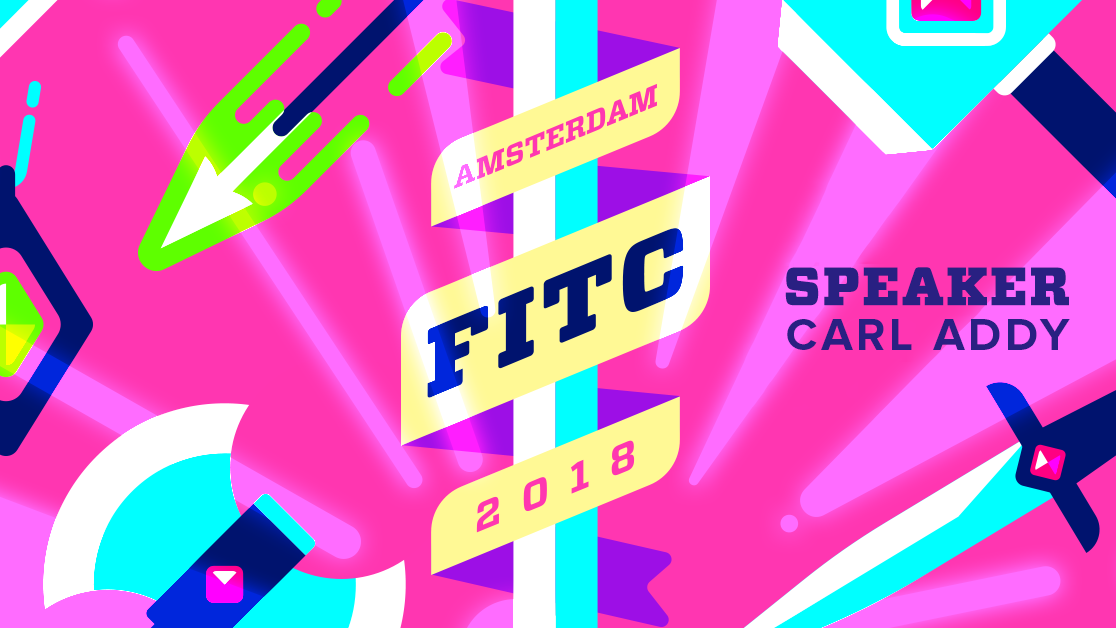 Carl Addy, the Creative Director for Mill+, has been announced as a speaker for this year's FITC Conference in Amsterdam.

Carl has over 20 years' experience in the industry – his portfolio spans work in traditional advertising, digital media, direction and thought leadership. He first spoke at FITC in 2014, introducing Mill+ and then again in 2015 on making meaningful content.

He'll be returning next month to give his talk 'The Distractathon'.

Throughout this expansive and industrious career, where creative highlights include co-directing a VR film for the Guardian about solitary confinement, as well as writing and directing the BFI’s call to action ‘Film is fragile’, Carl has made a habit of positive distraction.

In his talk, he will explore the struggles behind focusing on being good at one thing when there are so many great opportunities to learn as we create.  While looking at the exciting principles at play in some of the new work our industries are creating, as well as analyzing some of the driving changes of distraction over the last decade, Carl will be exploring how a distracted social world is affecting linear businesses.

Join Carl to find out more about tracking the effect of distraction on creativity – and how this in turn has led to nonlinear workflow via distracted technology – looking at how the virus of the ‘new and shiny’ has affected everything for the better and the worse.

Using his personal work alongside key Mill examples, Carl will chart a body of work influenced by a deliberate lack of focus.

Carl's talk will be taking place on February 20th across the 2-day conference, along with 40+ speakers across design, technology and all things futuristic.